Alcaraz collapses against Gaston in Paris round of 16 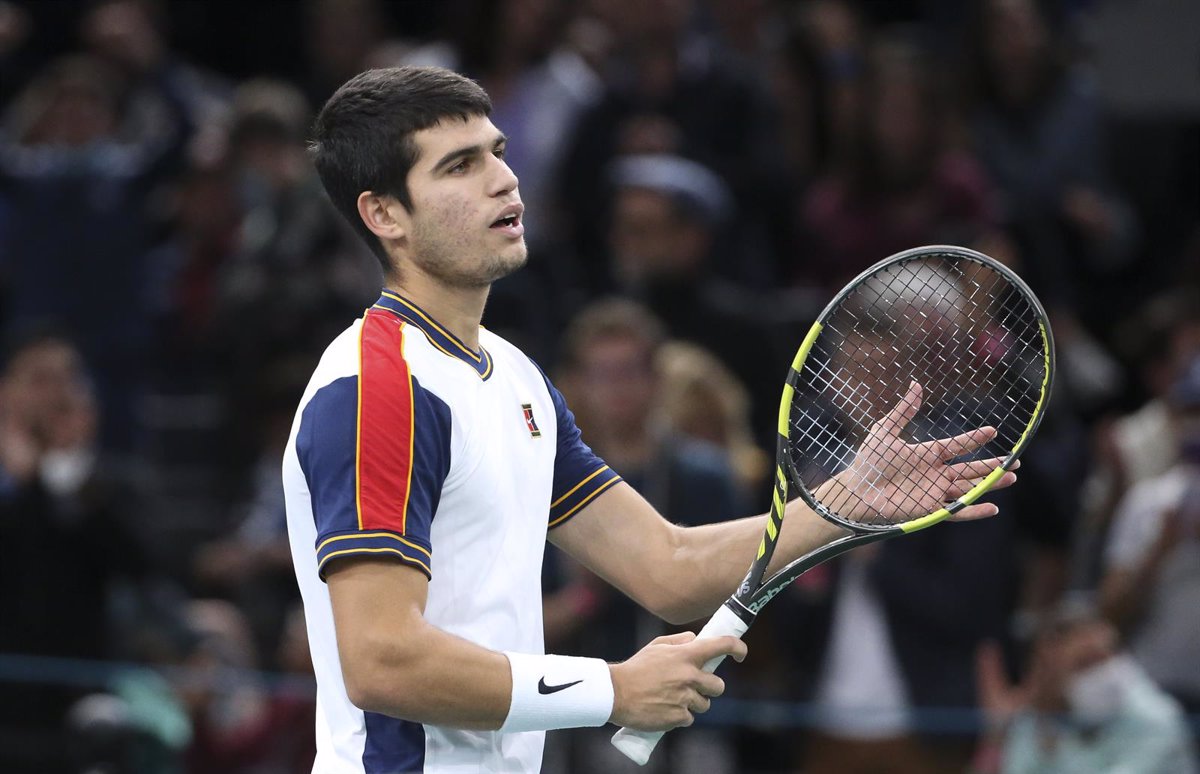 The Spanish tennis player Carlos Alcaraz succumbed (6-4, 7-5) this Thursday against the French Hugo Gaston in the round of 16 of the Masters 1,000 in Paris, a tough defeat at the gates of a new peak for the young Murcian, who suffered the comeback after midnight and the atmosphere against.

At the age of 18, after making the quarterfinals at the US Open or winning the Umag title, Alcaraz was looking for the quarters in a 1,000 category tournament for the first time, but Gaston, an irruption also sounded on the ATP Circuit, stayed that mark for the memory where he will be measured with the current champion Daniil Medvedev.

The Frenchman, Pablo Carreño’s executioner in the previous round, returned to pull the Parisian track to find ecstasy in his game. Although Alcaraz broke first, Gaston found himself more comfortable in the exchange of blows and breaks.

The Murcian got the anxiety in his usual aggressive game and began to fail too much until a ‘break’ in the ninth game decided the set for the French. However, Alcaraz left another quality and physical reaction to overwhelm in the second set.

The Spanish went 0-5 while Gaston did not put a ball. The Frenchman perhaps wanted to connect for the third set but, with nothing to lose, he found a new rhythm and complicity with the public to make his rival collapse. Alcaraz could not avoid derailing, unable to overcome the net and make good decisions.