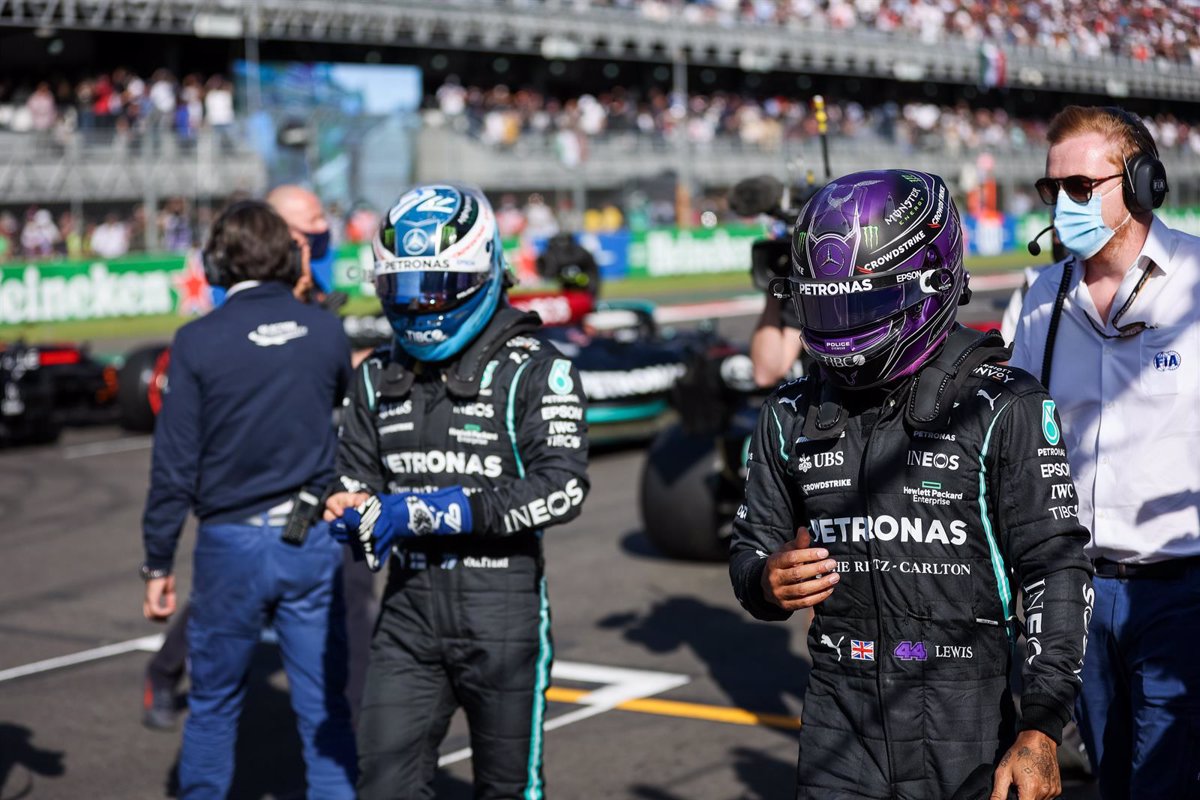 The Mercedes of Valtteri Bottas and Lewis Hamilton achieved the first row of the grid of the Mexican Grand Prix, ahead of a Max Verstappen (Red Bull) who will have to come back to defend his 12 points of income in front of the World Cup, while the Spaniards Carlos Sainz (Ferrari) and Fernando Alonso (Alpine) will start sixth and twelfth.

The Autodromo Hermanos Rodríguez is gearing up for another title round and Hamilton is confident of having the upper hand after giving up in Austin two weeks ago. The Mercedes saved the best for Q3 and Bottas took pole (1: 15.875), ahead of his teammate, good news for Hamilton.

The Englishman will surely have the collaboration of the Finn if necessary in search of repeating the victory in Mexico in 2019. Verstappen, winner the previous two years, will start third and the local idol, Sergio Pérez (Red Bull), will do so from the fourth position, sure guarantee that the public will be on.

Frenchman Pierre Gasly confirmed that he is comfortable at the Autódromo Hermanos Rodríguez and will start fifth, while Carlos Sainz will have a good chance to score his first points in Mexico. The Madrilenian suffered in Q1, which stopped for many minutes due to a Stroll accident, and Q2, but they reacted.

Meanwhile, Alonso is preparing to suffer as in Turkey and the United States the last two appointments, since he could not overcome Q1, without making the strategy with his partner work. The double world champion was smiled by the sanctions to the rest of the pilots, since despite being eliminated 16th he will start 12th.