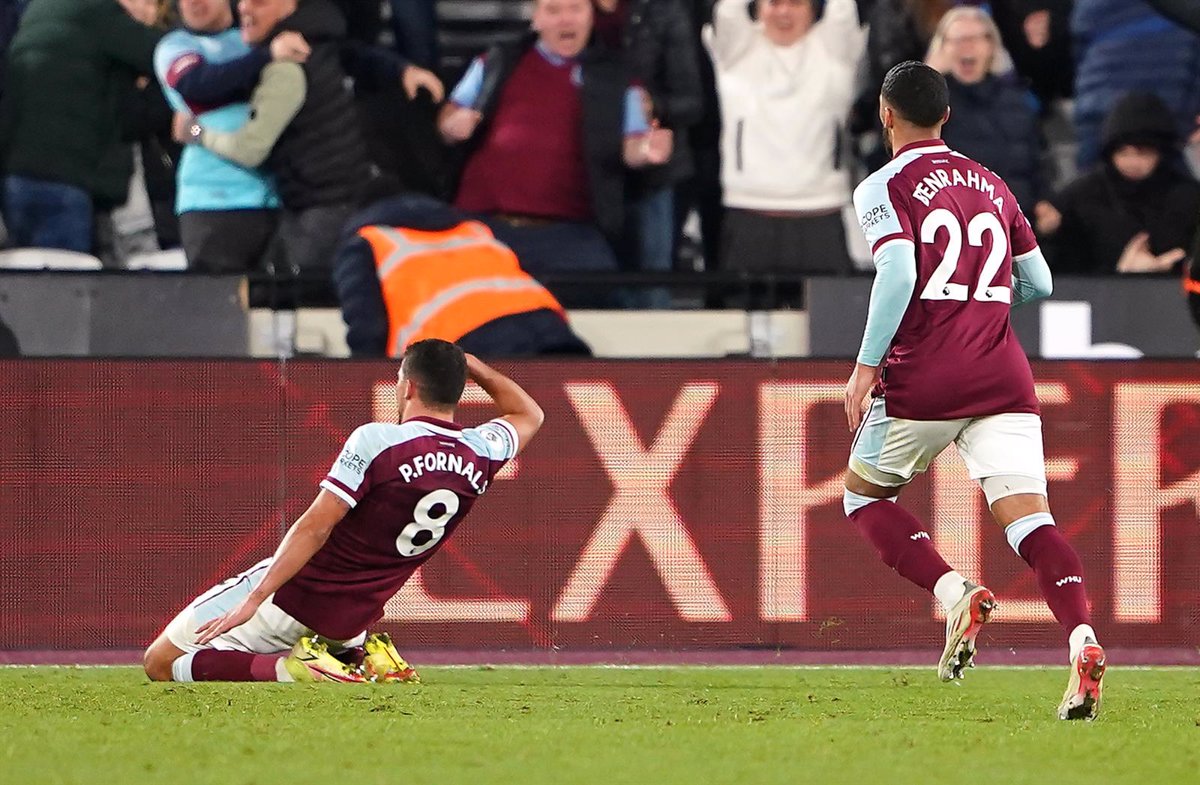 West Ham was the main protagonist of the eleventh day in the Premier League after defeating Liverpool (3-2) this Sunday and being in third position three points behind Chelsea’s leadership, while the ‘reds’ fell to fourth position and they remain four units from the set of Thomas Tuchel.

At the London Stadium, David Moyes’ team confirmed their great moment of form with a bells victory against Liverpool, which came to the meeting after their Champions League triumph against Atlético and was unaware of defeat this season. After four minutes the local team was already winning with an own goal from Becker and those of Jurgen Klopp were slow to respond.

It was Alexander-Arnold, on the brink of halftime, who achieved the equalizer, but again the home team struck again. The Spanish Pablo Fornals, summoned by Luis Enrique recently, scored the second and Zouma completed the triumph of the ‘hammers’ despite the fact that Origi cut distances to seven for the end. West Ham thus becomes an unexpected candidate matched on points with City and three from the leader.

For their part, Arsenal beat Watford by the minimum (1-0) thanks to a goal from Emile Smith Rowe in the 56th minute of the match. The Gunners were able to take the lead in the opening act twice, but first the VAR – which annulled a goal by Saka – and then Aubameyang, who missed a penalty, wasted the opportunity.

Mikel Arteta’s pupils add three consecutive victories – they have not lost since August 28 – and are already fifth to one point behind the ‘Champions’ positions. Watford, however, falls to seventeenth position and only has a two-point margin on relegation, which is marked by Burnley.

In addition, Marcelo Bielsa’s Leeds United drew at home against Leicester City (1-1) in a match with many alternatives. The locals went ahead with a goal from Raphinha in the 26th minute and two later Barnes replied for the visitors. In the second part, the VAR invalidated a goal from Lookman. Both teams will remain in the middle of the table.

At Goodison Park, Rafa Benítez’s Everton lengthened its bad dynamics after drawing without goals against Tottenham in a match where VAR was the protagonist. A penalty from Lloris on Richarlison was annulled after the help of the video. The ‘toffees’ add five days without winning and are eleventh, while the ‘spurs’, who could also win with a great shot from Lo Celso that ended up on the stick, are ninth four points behind Europe.