The derby between Milan and Inter ended 1.1 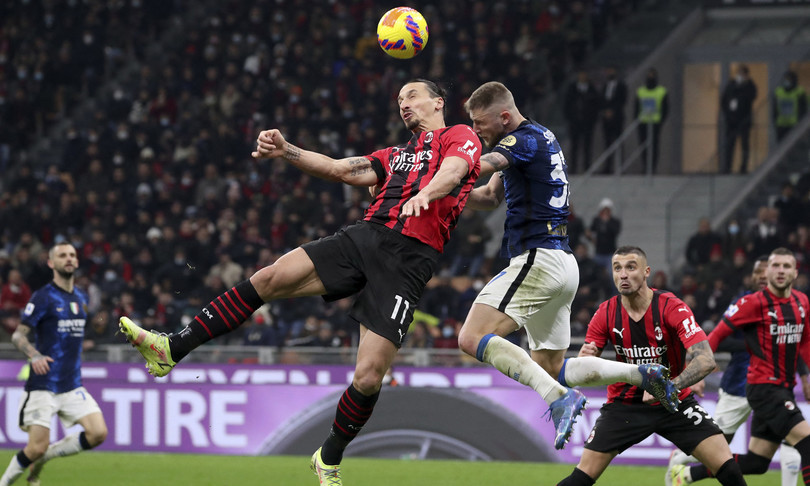 – The derby of the Madonnina between Milan and Inter ends without winners but with many emotions and twists, from the first to the last minute. 1-1 the final result with the penalty of the former Calhanoglu and the own goal by De Vrij, which was followed by a second penalty missed by Lautaro, many other occasions and a sensational post hit by Saelemaekers in the 90 ‘. Nobody gets hurt and everything remains unchanged at the top, with Pioli’s team returning to the top on a par with Napoli (32 points) and Inzaghi’s men following at 25.

Flaming start at San Siro, with the first episode of the match arriving after eight minutes: Calhanoglu is spread out in the Rossoneri area by Kessie, the referee assigns the penalty and the Turkish midfielder himself, a great former of the challenge, realizes from the spot with kind permission by Lautaro Martinez. Milan, however, did not demoralize and at 17 ‘leveled the score thanks to De Vrij’s own goal, who hindered himself in an aerial confrontation with Skriniar by deflecting Tonali’s free-kick into his own goal.

Emotions that continue even ten minutes later, when Darmian wins the second penalty of the evening for Inter for a clear foul by Ballo Toure: this time Lautaro goes from 11 meters, but the Argentine lets himself be hypnotized by a super Tatarusanu . In the final of the fraction, Inzaghi’s team builds two other huge scoring balls, first with Barella walled up on the line from Ballo Toure, then with Lautaro himself who shoots very little to the side from an excellent position.

In the second half the Nerazzurri start even better, who touch the new advantage with a poisonous right from Calhanoglu that crosses the whole small area without being deflected by anyone. Later the newly entered Vidal also tries, providentially walled up twice by Kalulu.

In the end, Milan also comes back to be seen dangerously, who scares Handanovic with a poisonous free-kick from Ibrahimovic and a high right from Bennacer, who could have done better from an inviting position. A lot of intensity on the part of Pioli’s team in the last minutes, one step away from success with the post hit in the 90 ‘by Saelemaekers and the error on Kessie’s counter.