Ice hockey’s Mestis has already spread to Latvia, but the increase in costs is terrifying the clubs: “It’s worrying” 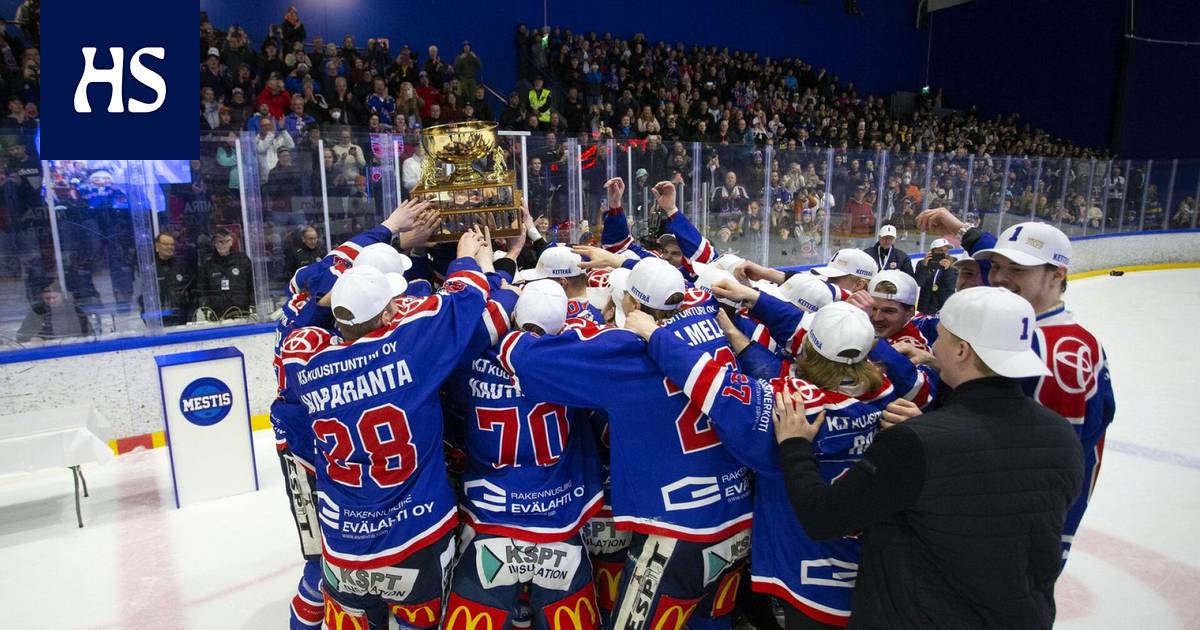 Mestis is Finland’s largest ice hockey series, which is played in every region of the Ice Hockey Federation. After Savonlinna Pallokerho ended, the series kept its number of teams at 14 by expanding to Latvia.

Finland the most entertaining lätkää, is the slogan of Mesti, the second-highest league level in domestic ice hockey.

Along with that, you could quote the slogan of the cartoon magazine Korkeajannitsen On land, sea and air, because in the season that starts on Thursday, in addition to bus rides, car ferries and airplanes will become familiar.

Geographically, Mestis is Finland’s largest ice hockey league, which is played in every region of the Ice Hockey Association. Not even the Liiga, which has swelled up like bun dough, can do that, and in the last decade, Mesti’s then-top clubs Sport, KooKoo and Jukurit were able to take it with them.

Mestis threatened to wither, but managed to achieve economic growth before the corona pandemic. The traditional Savonlinna Ball Club fell victim to the corona, but the league kept its number of teams at 14 by expanding to Latvia.

HK Zemgale is a question mark athletically, but the newcomer has been warmly received by the clubs. However, the growing travel costs are already terrible in a series of long game trips.

Joensuu For Kiekko-Poj, SaPKo was a close opponent, but a distant unknown took its place.

“Travel costs are going up anyway. Even the trip to Rovaniemi is not the same price as last year”, JoKP manager Jaakko Lipponen reminded.

The increase in prices can be seen in the coffers of every club, but especially Rovaniemi Kiekko, who have the longest game trips in the series.

“Travel costs will increase somewhat, but less than expected. Due to the increase in the price of fuel and the trip to Latvia, the expenses will increase by around 20,000 euros”, CEO of RoK Pekka Kankaanranta said.

In a series played at a professional pace, time spent traveling eats up valuable training and recovery time.

JoKP plans to travel to Latvia by road and sea, but RoKi will use an airplane.

“Compared to trips to southern Finland, it is a lighter trip. Flying was a cheaper option than going by bus and ferry,” Kankaanranta opened.

From Vantaa, you could easily get to both the air and the sea.

“We have investigated both options. How much will it cost and which is more practical”, Kiekko-Vantaa’s board chairman and CEO Kai Chord said.

Player flow turning away from the KHL does not directly bring players to Mesti, but drops players from the main European leagues to lower levels.

In this market, Mestis is a sought-after place, because from the league you can move up to the League or one of the other main European leagues.

After last season, for example, JoKP’s Czech striker succeeded in this Nicolas Werbik, who Mestis players chose as the best player of the series. Now he represents SaiPa.

“It’s no secret that (new confirmation) Denis Kusy has called Werbik (and asked) what kind of group we are and how we have handled things. He refused a pretty big contract in Central Europe when he wanted us,” Lipponen opened.

Also Kankaanranta, Sointu and the operational director of Mestis Olli Aro subscribe to the idea of ​​Mestis acting as a springboard.

“We have to strive for that and we have to strengthen it, so that we could be a sought-after breeder series”, summed up Aro.

Read more: HS information: Jokerit plans to apply for a place in Mestis – the puck managers have not heard anything about it

The crumbling of the KHL’s western dimension affects Mestis not only on individual players but also on a team scale.

Latvia wants to develop its ice hockey, and after the end of the KHL trip of the country’s number one club Riga Dynamo, the champion of the national series Zemgale set his sights on Finland.

The interruption of the Jokers’ KHL match had the greatest impact on Kiekko-Vantaa’s activities from Mestis.

“The starting points have been different compared to previous seasons, when we don’t have loan players from the Jokers. We are on the move with our own contracted players,” Sointu said.

According to him, this has its advantages.

“The summer and early fall have been spent preparing with our own players. All the players have been there, so the unity of the team has improved.”

Kiekko-Espoo opened its league goals to STT in August, but JoKP also plans to be involved when the cabinet door opens at some point.

“We can talk about Liiga here in the same way as in Espoo. I think we made the Mestis clubs the best financial result and the second plus year in a row, Lipponen emphasized and added that the upcoming hall renovation will improve the conditions to the league level.”

There are also dark clouds over Mesti.

“I am worried about the level of inflation, the rise in the price of food, interest rates and the price of electricity. The first things that people compromise on in their spending are not going to restaurants, movies, or hockey games as often. It worries me”, said Sointu.

According to Aro, business sales have developed in series.

“But what is the purchasing power of consumers? Do they come to the games and how much money are they willing to spend?”

One thought on “Ice hockey’s Mestis has already spread to Latvia, but the increase in costs is terrifying the clubs: “It’s worrying””