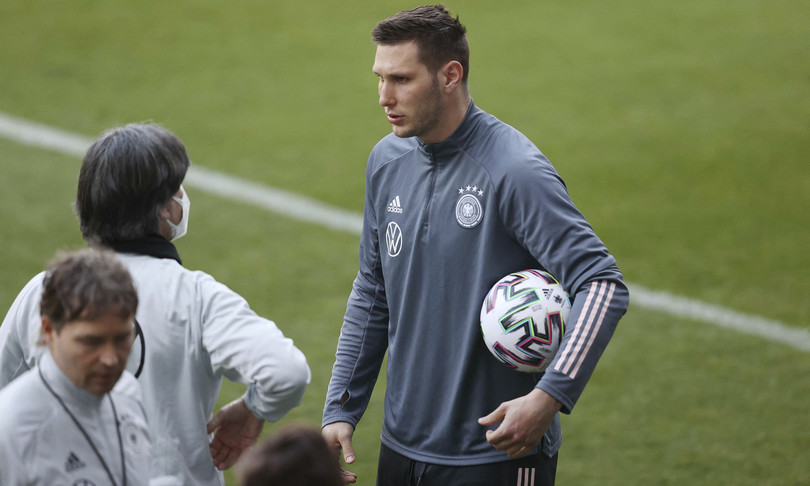 Covid alarm in the withdrawal of the German national team: Niklas Sule tested positive for Covid. The 26-year-old defender of Bayerno Monaco is asymptomatic and vaccinated but four other players who flew with him to Wolfsburg were placed in solitary confinement.

These are three teammates, the ‘No vax’ declared Joshua Kimmich, Serge Gnabry and Jamal Musiala, and Salzburg forward Karim Adeyemi. For now they are all negative results, the German Football Association (DFB) said.

Isolation was not ordered for Neuer and Sanè of Bayern and Hofmann and Neuhaus of Borussia Moenchengladbach, probably because despite having taken the same plane they are vaccinated, unlike Kimmich (No vax declared) and perhaps also the others.

Another Bayern player is also quarantined, the Cameroonian Choupo-Moting, who will have to miss Saturday’s match against Malawi but could return for the decisive match against Ivory Coast, scheduled for next Tuesday.

The news comes while in Germany the infections multiply (on Tuesday the record of new cases was beaten in the space of a week) and is destined to reopen the debate on ‘No vax’ Kimmich.

“I am concerned about the lack of studies on long-term effects”, explained the 26-year-old Bayern midfielder, “I am aware of my responsibility, I follow all hygiene measures and do a tampon every two or three days. Everyone should be free to decide for himself“Invitations to get vaccinated had come from the club and even from the Minister of the Interior, Horst Seehofer.