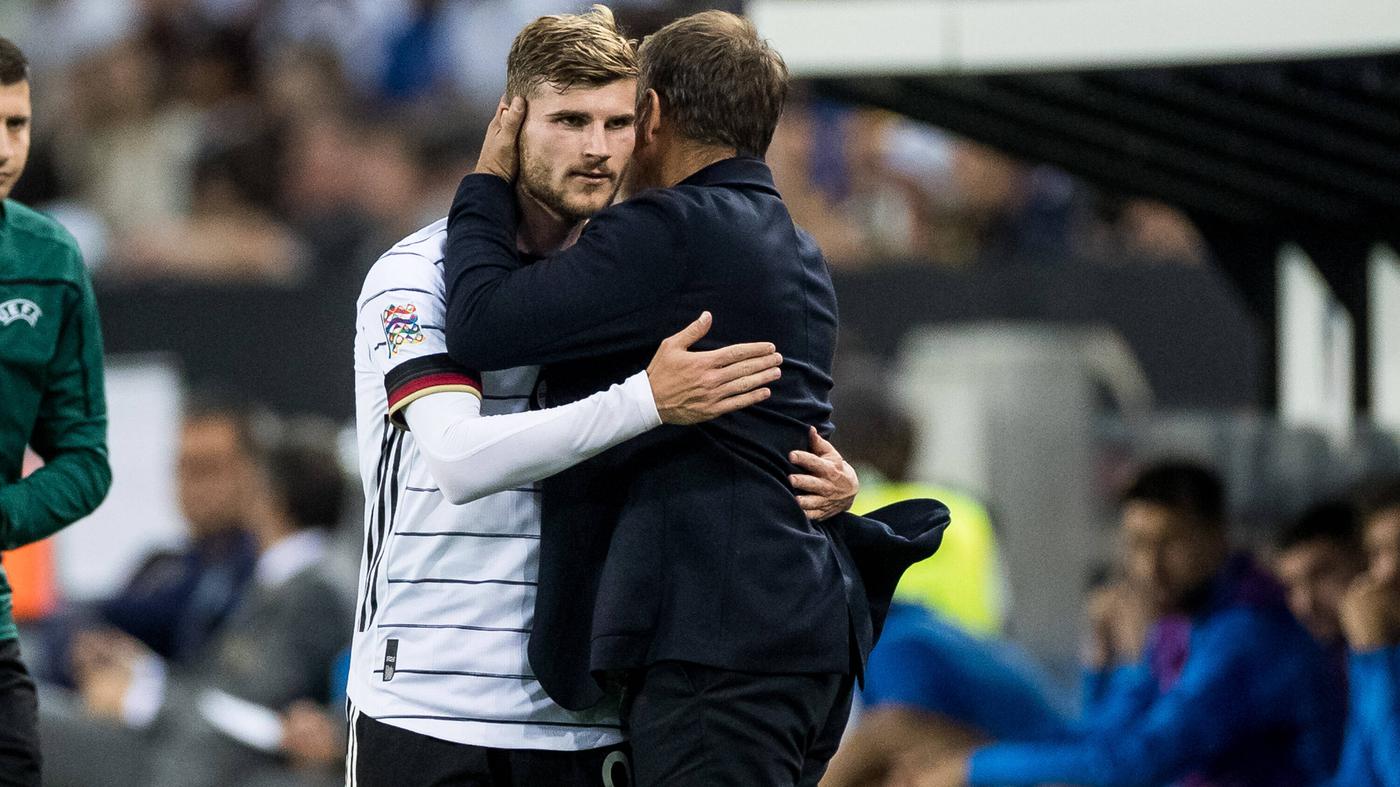 A subject that has preoccupied German football for a while is currently driving the sport. However, this time, FC Bayern in particular is impacted rather than the national team.

The personnel overlap between the two most significant German teams is often substantial, but Bayern had Neuer, Sané, Müller, and Musiala in addition to Robert Lewandowski, a traditional center forward and dedicated goal scorer, until the summer.

The Munich team has been forced to consider whether they immediately and urgently need a number 9 since the Pole left the club.

The current national team coach and former Bayern coach Hansi Flick is sufficiently knowledgeable on the subject. He stated prior to the Nations League match this Friday in Leipzig against Hungary, “We’ve been talking about this for ages” (8:45 p.m., live on ZDF). Seeler, Müller, and Klose have long bemoaned the dearth of true center-forwards in the nation. Flick acknowledges, “We don’t have such a high concentration of talent there.”

He has always been able to help himself thus far. Flick is still unbeaten after 13 games as the national coach, and the goal differential of 42:8 does not necessarily signify severe issues with the offensive game. Midfielder Joshua Kimmich claims, “We already have a lot of opportunities.”

With all these possibilities, the national team lacks the traditional striker who eagerly joins the action in the opposing penalty area. Although Timo Werner wears the number 9 on his jersey, he frequently approaches the penalty area from behind because of his pace. Timo Werner performs a lot of things very, very well, therefore we are quite delighted with him, adds Flick. “He demonstrated to us how dangerous he is.”

Werner leads all scorers for Flick.

Werner has scored more goals than any other player during Flick’s nearly 13-month stint. With eight goals and two assists through 11 appearances, the now-again Leipziger is also the top scorer from the previous campaign.

Even though he was experiencing increasing difficulties at the club, “strangely enough,” says Werner, “everything usually worked out really well with the national team.”

The national coach was a key figure in Werner’s life, particularly during the time when he only had a supporting role at Chelsea. The 26-year-old recalls that they frequently spoke on the phone and discussed the current situation. The most crucial thing he said to me was to have faith in my own abilities.

He eventually had less and less success in London, which is why Werner a) left Rasenballsport Leipzig after two years and b) the perception that his time in the Premier League was very disappointing was fostered.

Werner retorted, “I wouldn’t say disappointing,” in reference to his team’s Champions League victory. When he initially arrived in London, he adds, “it wasn’t difficult for me at first, then all of a sudden it got very rough.”

Will Flick travel to Qatar with a genuine joker?

Werner hopes that by going back to Leipzig, he will not only find a comfortable environment but also a better sense of who he is as a player. He has only partially succeeded thus far.

Nine competitive games with four goals seems more impressive than it actually is. In the cup match against Teutonia Ottensen of the regional league, the national player scored three of these goals. The several opportunities he squandered throughout the first couple weeks are what stand out more.

It is nothing new. Similar to how little uncertainty has ever surrounded Werner. Hansi Flick believes there is room for development. Both on the part of his coworkers, who much too frequently fail to pass him at the ideal time. Additionally, Werner himself. Flick believes that “the self-image in front of the goal” could possibly be higher. Should he work on that, he must do so.

Information on the national team

Prior to the Qatar World Cup Following the ambassador’s altercation, the national players challenge the fan representative. No matter what about Qatar, it’s good to promote this word. European Union versus Hungary Goretzka and Neuer are out with Corona.

Despite Flick’s admiration for Werner, it is still unclear whether the national coach will bring a true, true, classic, traditional center forward to the World Cup in two months so that he may use him as a substitute if the game is again delayed. Just what Joachim Löw, Flick’s predecessor, intended when he included jokester Nils Petersen in his provisional team four years ago.

Niclas Füllkrug of Bremen, who has five goals this season and is presently the most productive German striker in the Bundesliga, would be a candidate for this position. Flick acknowledges that he is in fact addressing this issue. We might bring a player along for that special occasion, he suggests.

Timo Werner might also be to blame for that. He hasn’t been able to demonstrate that he is the player for this specific moment up to now. at least not during major competitions. Neither in 2021 at the European Championship nor in 2018 at the World Cup in Russia did he score a goal.

One thought on “like the national team, Bayern Munich”