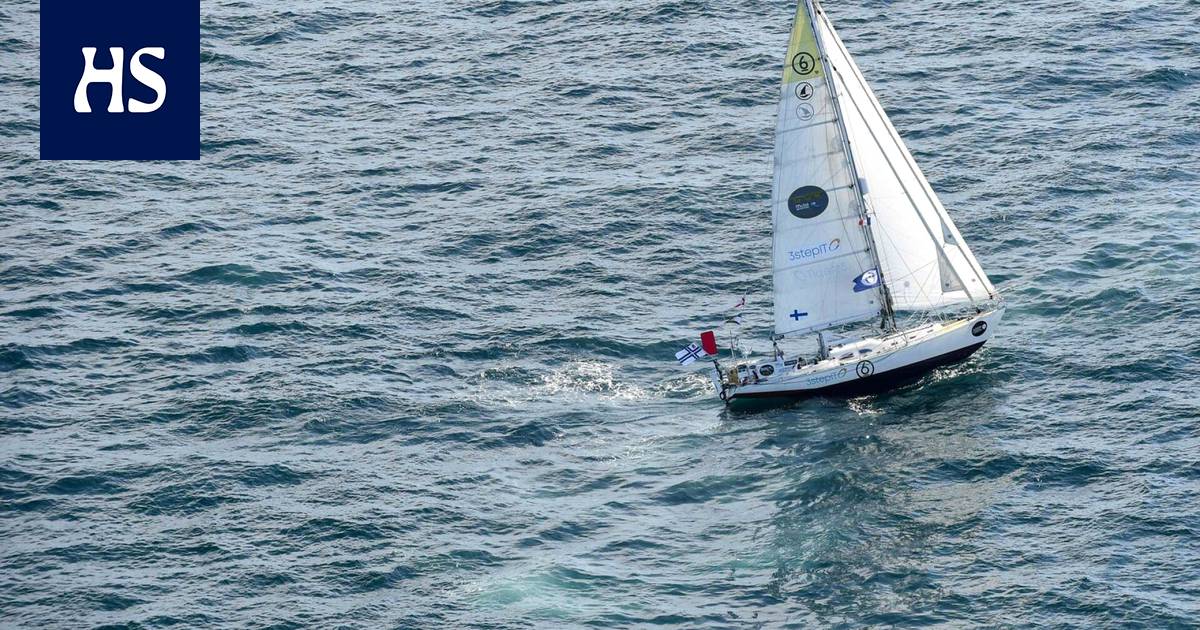 Finnish skipper Tapio Lehtinen sails second in the Golden Globe competition. The leading duo is approaching the island nation of Cape Verde, about 450 kilometers off the coast of West Africa.

Sudden the change in the direction of the wind made the solo sailor a bit of a wreck Tapio Lehtinen for the boat in the Golden Globe race (GGR).

At night, the Asteria boat’s big Spinnaker, or ball sail, broke. It is the largest sail on the boat, suitable for use in downwind and crosswinds. Fortunately for Lehtinen, the boat has four other spinnakers.

“I took a little nap, and the direction of the wind changed so much that I didn’t have time to take down the sail. It tore from top to bottom. It took me an hour to lift it out of the sea. There should be a sewing machine so that it could be repaired,” Lehtinen told the race organizers in a satellite call.

The director of the GGR race is on the phone Don McIntyre warned Lehtis about the danger of a hurricane. Lehtinen said that he intends to sail a little higher to the southwest in order to go around the hurricane through the north.

“It always has to be fit for fight that is, ready for battle, physically and mentally, if a hurricane hits,” Lehtinen said.

Leafy continues the race in second place. On Friday, he sailed about 140 nautical miles, about 260 kilometers from the leading British Simon Curwenia behind.

The leading duo will next approach the island nation of Cape Verde, about 450 kilometers off the coast of West Africa.

Irish skipper with knee problems Pat Lawless is third, the only female skipper of the GGR race Kirsten Neuschafer is fourth and Indian Abhilash Tomy fifth.

“The roulette table (rotating remnants of the hurricane) sweeps between us,” Lehtinen said, referring to the location of his competitors.

Lehtinen guessed that the winds should rotate counterclockwise in the center of the low, in which case he and Curwen should have a tailwind and the others a tailwind.

Read more: The only woman in solo sailing set out to sea with “laughing water”

Read more: Solo sailor Abhilash Tomy took off again in the race that killed him four years ago

Lawless, Tomy and Neuschafer sail along the African coast, while Curwen and Lehtinen have chosen a clearly more western route.

Leafy navigate the sea with a sextant. Through the connection of Finnish radio amateurs, Lehtinen said that the determination of the position works well.

The morning and afternoon setter lines on the sextant and the moon’s altitude line crossed perfectly on the map. The cast has not been very many nautical miles even in previous determination sessions. If the lines do not completely cross, a triangle is created, inside which the position is.

“Forcing is the best way to learn the sextant. The job is fun and rewarding,” Lehtinen said.

Lehtinen has two sextants in the boat. The deputy sextant is the same as the Finnish skipper Pentti Salmi used with his solo sailing in 1986–1987 in the BOC Challenge competition.

Radio amateurs told Lehtinen Salmi’s greetings, which he relayed through HS. You may not contact Lehtinen on amateur radio frequencies. Radio amateurs transmit the messages via the sea station of the Finnish Finnpulp vessel.

There have been flying fish on Asteria’s deck, but Lehtinen has not started gutting them, but instead heats freeze-dried fish, to which only water is added.

Helsingin Sanomat follows GGR’s race events and Tapio Lehtinen’s journey in a story series from start to finish. The website of the competition and the organizers’ competition monitoring can be found here.