Hungary is looking to qualify against Germany 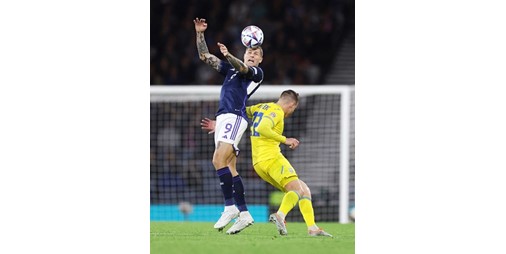 The confrontation between Germany and Hungary in Leipzig today will be a battle for the top spot in Group C in the fifth round of the first level of the European Nations League in football.

Hungary occupies first place with 7 points, compared to 6 for Germany, while Italy has 5 points and England only two points.

The Hungarian team can reach the semi-finals if it beat Germany and Italy did not beat England.

The German team suffers from the absence of influential elements in its ranks, most notably its leader and goalkeeper Manuel Neuer and his colleague in the ranks of Bayern Munich, midfielder Leon Goretzka, after it was found that they were infected with the Corona virus, in addition to the injury of Borussia Dortmund striker Marco Reus in the ankle. In the same group, Italy will meet with the wounded England at the San Siro stadium in Milan.

The influential French midfielder Marco Verratti will be absent from the Italian national team because of a calf injury he sustained during his team’s last match against Lyon, and he was joined by his colleagues Lorenzo Pellegrini and Matteo Politano.

As for England, they lost hope of reaching the semi-finals, but they are required to win their next two matches to avoid relegation to the second level. Tomorrow, the Czech Republic will play Portugal and Spain with Switzerland in the second group of the first level.

La Roja leads the group standings with 8 points, one point ahead of Portugal, while the Czech Republic comes in third place with 4 points, and finally Switzerland with 3 points is in the fourth and last place.

Scotland rose to the top of the table of Group A of the second level, after its great victory over its guest, Ukraine 3-0, in a postponed match from the first round of the group. The Scotland hat-trick was scored by John McGinn (70) and Lyndon Dykes (80 and 87).

One thought on “Hungary is looking to qualify against Germany”