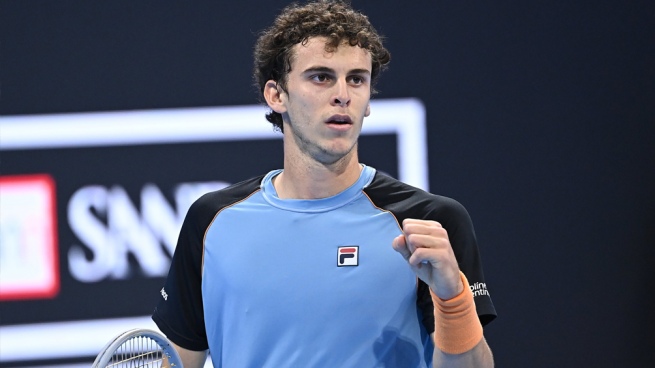 Argentine tennis player Juan Manuel Cerúndlo lost this Wednesday to Danish Holger Rune 4-1, 4-2, 1-4 and 4-1, in a match valid for the second date of Group A, and he no longer has a chance to advance to the semifinals of the Nex Gen Finals in Milan.

Cerúndolo, ranked 91st in the ATP world rankings, lost to Rune (109) after one hour and 18 minutes of play, at the multi-purpose Allianz Clud stadium in Milan.

The 19-year-old Argentine had started the tournament on Tuesday with another defeat, this time against American Brandon Nakashima (63), and with the fall he suffered against Rune he was practically eliminated, which was later confirmed with the victory of the Spanish Carlos Alcaraz (32).

Cerúndolo – this year’s champion of the Argentina Open and three Challengers, two in Italy, in Rome and Como, and the other in Banja Luka, Bosnia – needed Nakashima to beat the top seed for the title but that did not happen.

Alcaraz beat Nakashima by 4-3 (4), 4-1 and 4-3 (4) in one hour and 26 minutes, and left the Argentine without mathematical possibilities, who tomorrow will close the group against the Spanish.

This is how the Group goes 🅰️

* ✅ classified to the semifinals@Intesa Sanpaolo | @nextgenfinals

In the case of Sebastián Báez (111), the other Argentine who participates in the contest, he will play from 15.30 against Korda (39) and if he surpasses it he will advance to the semifinals since on Tuesday he beat Italian Lorenzo Musetti (58).

Báez, 20 years old and champion this year of five Challenger tournaments, three in Chile, in Concepción and twice in Santiago, another in Zagreb and the last in Buenos Aires, has a double chance, since on Thursday the group stage will close against the French Hugo Gastón (67).

The Next Gen Finals, which celebrates its fourth edition, always in Milan, has an agile game format with matches to the best of five sets but these being four games (also with a gold point when the score reaches 40-40), with a tie-break if it reaches 3-3, and the first two of each group will advance to the semifinals.

The programming of the second day will continue as follows: