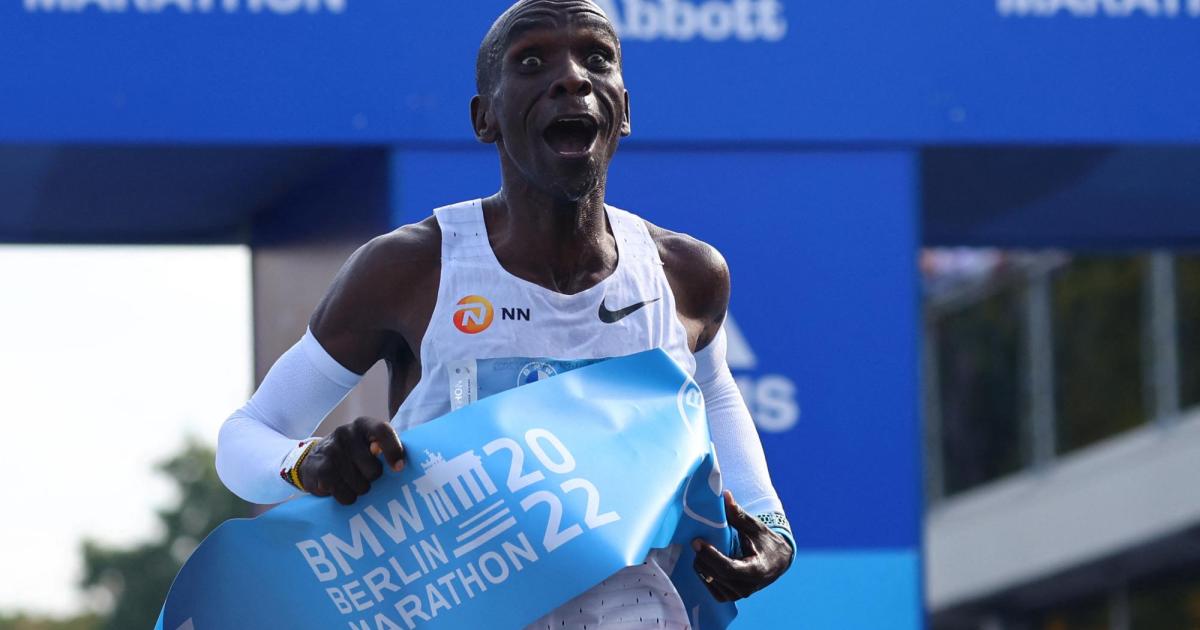 Eliud Kipchoge smashes his own world record in Berlin. The fastest long-distance runner in history stays 30 seconds below the old record.

“Pain,” said Eliud Kipchoge before the race in Berlin, “pain is part of life. And especially for the marathon.” A run over the 42.195 kilometers cannot be managed without pain, especially not at this pace.

But the 37-year-old Kenyan seems to be able to deal with the torments like no other. His running style is elegant and economical; the eyes, which are directed straight ahead, always seem alert; it seems as if he still has a smile on his face at top speed.

In 2:01:09 hours, which was hardly thought possible, Kipchoge stormed to his next world record on Sunday in Berlin. He undercut his old record by half a minute.

When his second-placed compatriot Mark Korir crossed the finish line with a still excellent time of 2:05:58, Kipchoge had already hugged his friends, completed the lap of honor and given his first interviews.

“I’m so happy about my preparation, the team around me, and the new material worked, too,” said Kipchoge after his record run. When asked if he wanted to return to Berlin to attack the two-hour border, he asked to discuss that another day. “First I have to realize what happened, then we’ll see.”

The exceptional talent had already achieved this feat three years ago. However, the run in Vienna was not an official marathon and was completed with changing pacemakers. The time of 1:59:40 hours is therefore not considered a world record.

With heavy cloud cover, mild temperatures and no wind in Berlin, the leading group set off at breakneck speed. The leading duo passed the half-marathon mark behind the pacemakers after an almost unbelievable 59:51 minutes – even the 2-hour mark seemed to be in danger. But the last helper got out after a good 25 kilometers. From then on, Kipchoge was on his own, running against the clock, supported by hundreds of thousands of euphoric spectators. He wasn’t quite able to keep up the pace, but he still undercut his previous world record more than clearly.

For Kipchoge it was the fourth success at the Berlin marathon, so he is now the record winner of the largest German city run together with the Ethiopian Haile Gebrselassie. In his entire career, Kipchoge has NOT won only two marathons.

The women’s race in Berlin was also a fast one. Ethiopian Tigist Assefa set the third best time ever for a woman. The 28-year-old won in 2:15:37 hours. Only the Kenyan Brigid Kosgei, who set the world record to 2:14:04 hours in Chicago almost three years ago, and the British Paula Radcliffe (2003/London, 2:15:25) were faster.