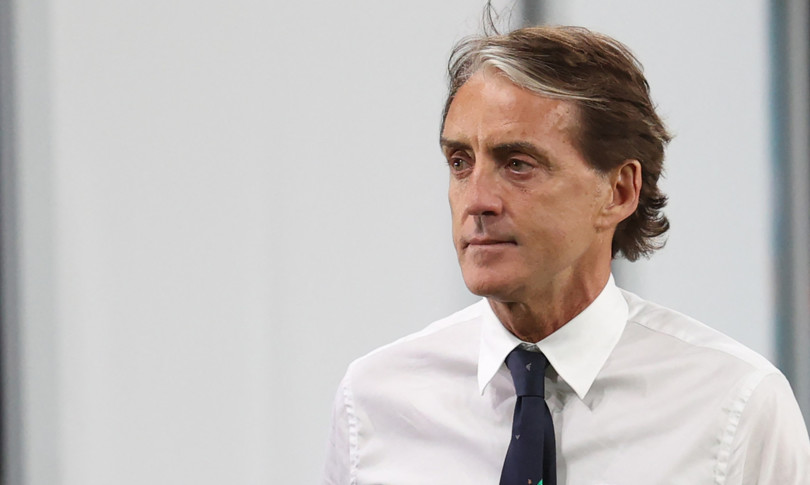 First Switzerland, then Northern Ireland. Two very important appointments are approaching for the Italian national football team in view of the 2022 World Cup in Qatar. With the Swiss, Friday night at the Olimpico in Rome, it will already be partly decisive. By winning, the selection of the European champion coach Roberto Mancini, in addition to taking the lead in the standings by 3 points, would improve the goal difference (the main criterion in the event of an equal points finish) which still sees her ahead of the opponent (+11 vs +9).

Therefore A draw in the last match against Northern Ireland would also be enough. In the event of victory for Murat Yakin’s team, however, the plans would become quite complicated, given that the Azzurri should certainly win the last game hoping for a simultaneous success for Bulgaria against Switzerland.

All the hypotheses of a possible arrival in perfect parity, even of general goal difference, must also be taken into consideration: there the factor of away from home goals in direct clashes would come into play. On 5 September last, at Sankt Jacob-Park, between the Rossocrociati and the Azzurri he finished 0-0, so if the Olimpico’s draw were not the same, the Swiss would pass as first. Finally, even if it ends 0-0 on Friday, the last criterion available to avoid an incredible draw would be that of ‘fair play’.

That is to say that of yellow and red cards accumulated by the two teams, another given at the moment in perfect parity. Italy and Switzerland are already sure of the first two positions in Group C, but only those who finish in the lead will be able to snatch the pass for the world championships in advance, while those who arrive behind will access the play-offs. Hypothesis that the Azzurri certainly want to avoid after the scorching elimination at the hands of Sweden four years ago, which forced them to do less than Russia 2018.

The precedents between Italy and Switzerland

The precedents between the two teams speak for themselves: in the 60 times that Italy and Switzerland have crossed on the pitch, between friendlies and all other competitions, the rossocrociati have returned home with a full booty only on 7 occasions. 23 draws and 30 blue victories, exactly half of the matches played.

The last Italian knockout with the Swiss was even more than twenty-eight years ago: it was May 1, 1993 and in Bern, the then team coached by Arrigo Sacchi and in which Roberto Mancini was the protagonist, fell 1-0 in a qualifying match for the USA ’94 World Cup. The probable choices of Mancini and Yakin This time the ‘Mancio’, protagonist from the bench, cannot be wrong. The choices of the blue coach will remain in doubt until the end, given a situation that is not particularly fortunate in terms of injuries.

The two Romanists Pellegrini and Zaniolo were immediately forced to return home, even the Lazio Immobile bomber gave up, just as the two Juventus players Bonucci and Chiellini and the two Inter fans Barella and Bastoni risk being left out. In short, not exactly positive news from the first days of retreat in Coverciano. So Donnarumma should certainly be in the goal, while in defense the only sure of the place at the moment would be the two full-backs Di Lorenzo and Emerson. At the center will be called Acerbi and Mancini (if Bastoni does not make it), while in the median with Jorginho and Locatelli Cristante could be chosen in case of absence of Barella.

In front of us to understand if the coach Mancini will opt for Belotti or Raspadori instead of real estate, or if he chooses the ‘false nueve’ by inserting Berardi with Chiesa and Insigne, almost certainly sure of a starting shirt. However, Switzerland will also appear at the Olimpico with many defections.

The last in order of time is the absence of Zuber due to an adductor injury, which is added to the list of unavailable made up of Embolo, Elvedi, Fassnacht and Kobel, in addition to long-term patients Xhaka and Seferovic. Yakin will therefore definitely opt for Sommer between the posts, with the four-man defensive line likely to be formed by Mbabu, Schar, Akanji and Rodriguez. Freuler and Zakaria will be the two in midfield, with Steffen, Sow and Shaqiri likely to act behind striker Gavranovic.

The other dates with a World view

As mentioned, after the match against Switzerland on Friday, Italy will be expected by Northern Ireland for the last qualifying match for the World Cup. The appointment is Monday in Belfast against a selection, that of the English Ian Baraclough, who now has nothing more to ask from his own ranking. As well as Jasen Petrov’s Bulgaria, third in Group C, which will instead be guests of the Swiss national team at the Swissporarena in Lucerne.

Once the qualifying round is closed, we will understand who between Italy and Switzerland will immediately earn a place for Qatar and who will have to win it through the play-offs, which will be scheduled between 24 and 29 March 2022. In April, on the other hand, will hold the ceremony of the draw for the groups of the World Cup, which will officially begin on November 21st with the inaugural match that will see Qatar, the host nation and so far the only safe place together with Denmark and Germany.

The group stage will end on 2 December, while the round of 16 will be scheduled between 3 and 6 December. Followed by the quarterfinals (9 and 10 December), semi-finals (13 and 14 December) and the grand final on 18 December.