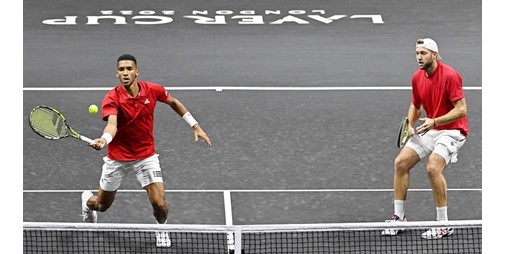 Auger-Aliassime and Sok reduced the difference against the European team to 7-8 on the last third day, which includes three singles matches to be played later.

Serbian Novak Djokovic, who won two matches on Saturday (singles and doubles) with Auger-Aliassim, and Greek Stefanos Tsitsipas with American Francis Tiafoe, and Norwegian Casper Rudd, who gave the first point to the European team on Friday, will play with American Taylor Fritz.

The first day of Friday’s competition ended with a 2-2 draw, before the European team advanced 8-4 in the second day of Saturday’s competitions, after winning three matches against one loss.

It is noteworthy that the European team won the first four editions of the competition.

Both teams need to win two of the remaining three singles matches to secure the Fifth Edition title.