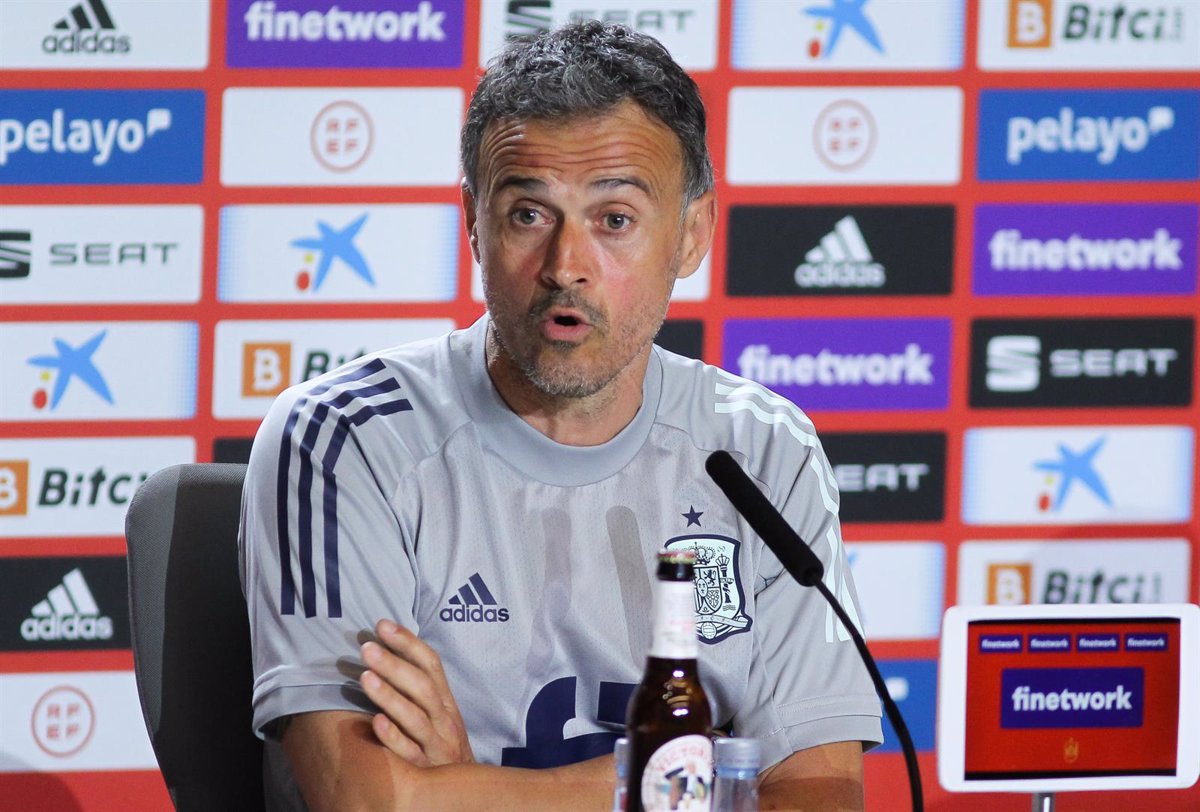 The Spanish soccer coach, Luis Enrique Martínez, was proud of his players after the victory against Greece (0-1) and assured that they will not “fall into the trap of going to draw against Sweden” on the last qualifying day Even if a single point is enough to get a ticket to the Qatar 2022 World Cup.

“I am very happy for my players, for their families, for the national team, for the Federation, for all the fans. It has cost a lot but there is still one more step in which there is no room for relaxation. Now, to rest because we have a long journey , but we are already looking forward to arriving in Seville and experiencing the atmosphere and the affection of the fans. We want to qualify with our weapons, “said Luis Enrique at the press conference after the victory in Athens.

“We will go out to win as we have done each game. Knowing the difficulty because Sweden is a very complicated opponent that we know very well. But we are not going to fall into the trap of going to draw against Sweden, we will not make that mistake. We will try to be effective with the ball. and without the ball. We have the support of our fans and I hope that La Cartuja will be the 12th player so desired and will take us on the fly, “he said.

“I am aware that our way of playing benefits Sweden, but we are not going to speculate. We are going to start playing from behind and we are not going to change now. We do not want to draw, we want to win and this is going great for our opponent, but – I repeat – it makes no sense to change. We will try to be above them and generate enough chances to win, “added the coach.

In addition, Luis Enrique asked the Sevillians for a “spectacular atmosphere” this Sunday at La Cartuja. “I remember as a player a game against Denmark, also in qualifying, that we finished without Zubizarreta and that was hell in the stands. Few games I remember like this in my career. This Sunday you have to notice how the stadium bounces so that our players are reinforced and we achieve the classification, “he added.

Asked about the reception of the fans in Seville, Luis Enrique has it clear. “It would be very unfair if people did not trust this group of players after qualifying, the Nations League and the European Championship. After what we have done this summer and recently, we only get support in the street. first and the players, too. The situation has improved with the fans thanks to our performance. We are delighted that this is the case. “

“It is due to the great work that the players have done, they are football professionals and they have dealt with situations that are not favorable. A great credit goes to the players we have and our fans. We are in a positive and very good dynamic. Always there are things to improve, it is evident, but this change is due to the effort of the team, “said the Spaniard.

Regarding Thursday’s game, Luis Enrique admitted that they could have “improved the game a lot.” “At the beginning it was a control game, Greece has not tried to shut itself in, and with that system if you do not press well it is difficult to have complications and we have managed to neutralize their attacking football. It is true that we have not had many chances,” he said.

“I am happy with the attitude of this type of game. It is possible that with so much tension, the players could be gripped by being away from home, but it was not like that. In the second half we were a bit imprecise, but with the entrance from Busquets we generate more control and tranquility with long possessions. We do not score the second goal and that always leaves the game open and dangerous, “analyzed the Gijón.

“Greece from the first game they played with us, the current Greece is a much improved Greece. It is a very difficult team to pressure and to take the ball away, it has been a match in which thanks to the attitude and intensity of the players We have been able to move forward. If we see the results of Greece at home we see that it is a very hard-working team, “he valued.

Finally, Luis Enrique was also asked by Raúl de Tomás, who debuted this Thursday and by the ‘headdresses’ Gavi and Íñigo Martínez. Of the Espanyol forward, he said that he bet on him because of what he saw “in two training sessions” and his ability to “contribute”, and of the injured he assured that there is nothing worrying. From Gavi, “only the blow”, and from the Basque center-back, “some annoyances in the twin, normal things”.