Spain shows the stripes against Sweden 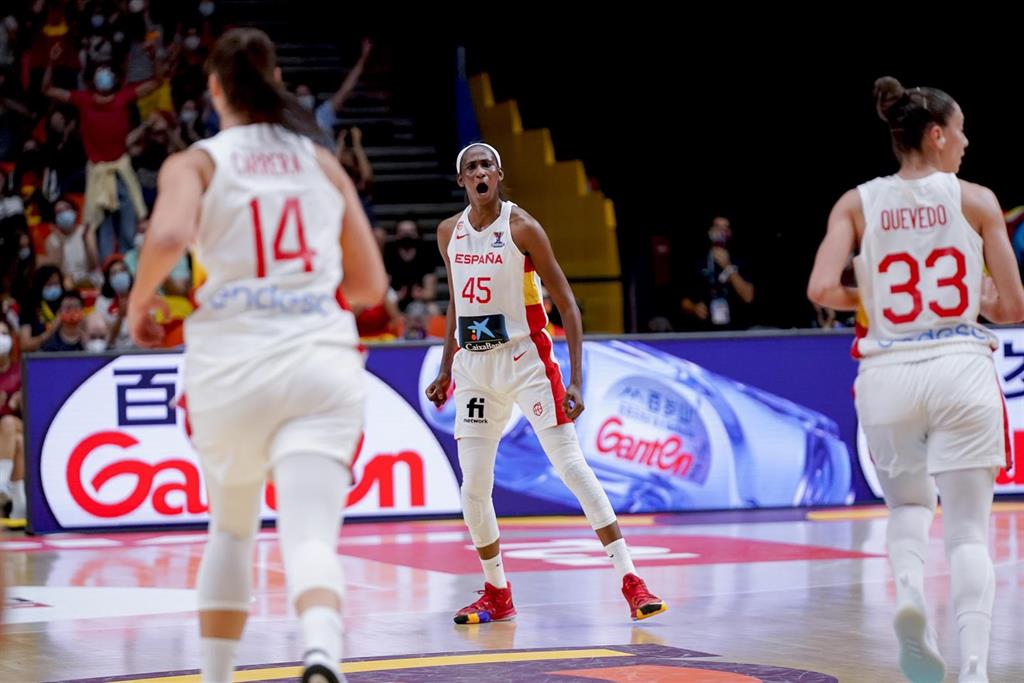 The Spanish women’s basketball team beat Sweden with authority (76-55) this Friday in the second day of Group A of the Eurobasket, a beating already at halftime (47-17) in La Fonteta, where the host and defender of the title the first positive feelings.

Those of Lucas Mondelo reacted to the beast 24 hours after the hit of the premiere against Belarus. Spain erased the slip from his mind and laid the first stone to also forget the ravages of the preparation, with the positives for coronavirus by Alba Torrens and Tamara Abalde, the tension of the tests and the lack of filming.

The reigning double champion just wants to look forward. Against Sweden it was time to bring out the gene and quality of a unique team, and everything came out from a great defense and a resounding success. Astou Ndour (22 points and 13 rebounds) was again the best and Spain will look for the direct ticket to the quarterfinals on Sunday against Slovakia.

After succumbing to the pressure in front of their fans, the Mondelo team hit the table to continue with the intact objective of this first phase. The calculator will be needed on Sunday to know who goes straight to the quarterfinals and who has to play the eighths, but Belarus helped by losing to the Slovaks this Friday.

Ndour, MVP of the last Eurobasket, is the mirror of a selection that needs that filming. The pivot, the last to join, took another step as Spain’s leader, a role that was partly orphaned with the loss of Torrens. Mondelo’s men worked a lot on defense, the Swedes often exhausting possession with the ball in their hands.

Laura Gil was once again key in that ironclad defense and income did not stop growing (21-9). Sweden went five minutes without scoring in the second quarter and Spain had a choral success, with María Conde also standing out alongside Ndour. Raquel Carrera did not score, but gave mobility and criteria to the Spanish game, finally enjoying it.

Ouviña remained determined as in the premiere and at halftime the game was finished with 30 points up. The danger was then relaxation, but after missing those minutes of set-up, Mondelo did not waste the second half to grow his team. The technician did not accept the disconnection.

With only three losses in the first half and a 16-2 in favor in assists, the Spanish reviewer found a small jam at the restart. Sweden did not take advantage of it although Fontaine let go, after Loyd and Drammeh were the little positive of the Swedes in 20 minutes. Spain responded with the success of three, by Carrera and Rodríguez, and smiled with the return of Maite Cazorla after a threat of injury. The score did not change much (60-40).

Cazorla, who celebrated her 24th birthday, signed a good game like the rest of Mondelo’s, releasing her backpack of tension and resentment 24 hours later. Spain has already put the machine to work and on Sunday against Slovakia they will seek first place in Group A, still wide open with all four teams in a victory but with Spain first with a +19.