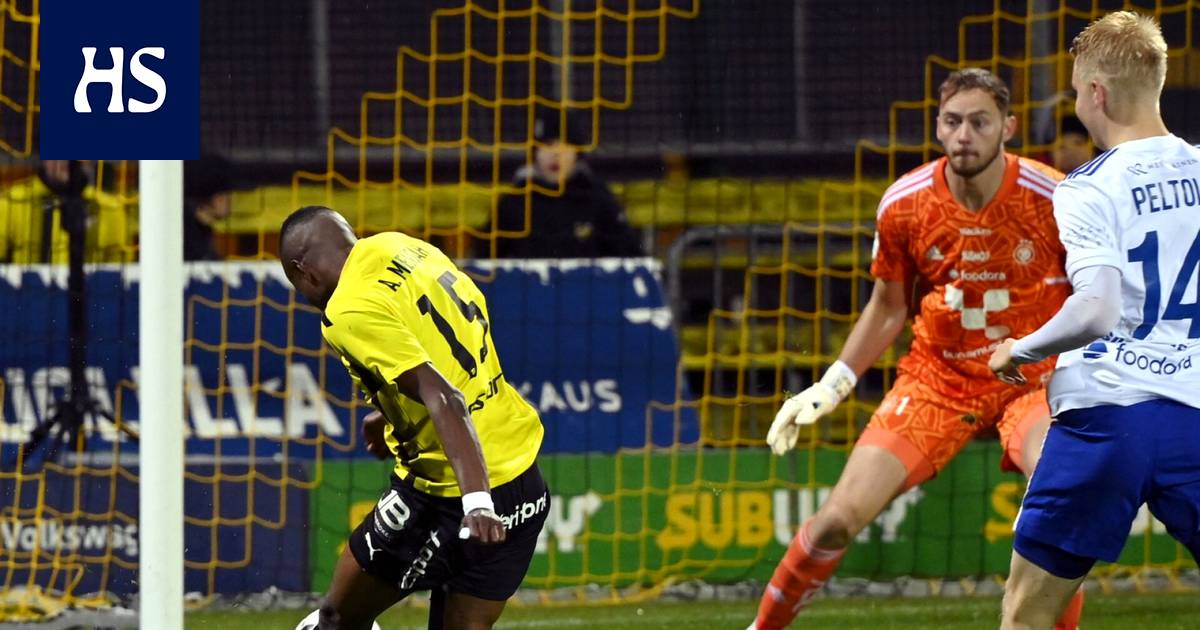 The referee warned in the middle of a local match in Tapiola about the possible suspension of the match due to racist shouting heard from the stands.

Thursday was a missed opportunity for HJK in the Tapiola sports park. With a win, the Club would have run away to a solid eight-point league lead ahead of KuPS, who played a match less, when there are only a few rounds left in the Veikkausliiga championship series.

Instead, the Club suffered an embarrassing defeat that ended a ten-game unbeaten run. The last time HJK had lost on June 22 to IFK Mariehamn.

Honka, who is playing well, is an embarrassingly difficult local opponent for HJK and that again made the game difficult for the reigning champions. Honka turned the game in his favor in the second period.

After that, tempers flared among HJK supporters.

Ten minutes before the end of the actual playing time, the referee Mohamed El-Amara temporarily stopped the match due to racist chanting from HJK supporters. He relayed the message to the announcer, who warned to stop the match.

Honga’s victory was sealed Drazen Bagaric in extra time at the end of the free kick pattern.

Thursday HJK started the match significantly better than a couple of weeks ago, when a similar match was played last time. Honka was almost completely without scoring opportunities in the opening period.

In the 35th minute, he got his fourth corner, which Nassim Boujellab accurately gave the goal post topper Arttu Hoskonen, who directed the ball into the goal. It was the third goal in the Veikkausliiga this season for the 25-year-old central defender, who is playing his first season at HJK.

A few minutes after the goal Kevin Jansen picked up a caution for his tackle Progress Hetemajn underfoot.

On the other for the period, Honka came to the field with a better expression. In the 58th minute, Honga winger Edmund Arko-Mensah tied the match at 1–1.

HJK’s attack broke down, and Rui Modesto shot a tempo delivery in the midfield. All the better Santeri Väänänen than Jukka Raitalaka were unable to stop the Portuguese advance. Modesto finally passed the HJK defenders Matti Peltolan and Arttu Hoskonen passed the ball to Edmund Arko-Mensah, who placed the ball past the goal Conor Hazardin.

In the opening period, the game seemed to be in HJK’s possession, but Honka started the second period better.

In the 69th minute, Jukka Raitala caused a penalty when he fought for the main ball with Rui Modesto.

Agon Sadiku surely shot the ball into the goal.

It turned the match definitively in favor of the home team.