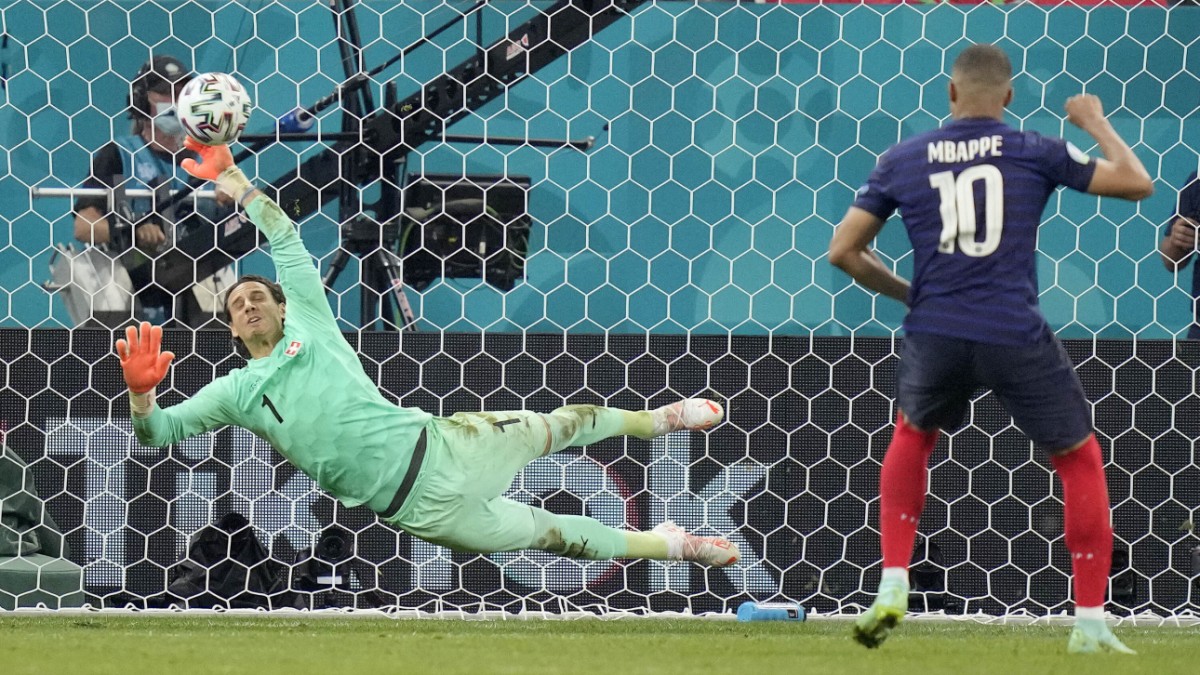 It’s a football unwritten rule: The penalty taker can only lose. because everyone anticipates success. In contrast, the goalkeeper can only succeed because no one can rely on him to catch a plastic ball that is fired at him from a close range by a trained individual. The goalkeeper is still susceptible to errors. For instance, the goalie “must have at least part of a foot on or over the goal line” when the kicker shoots, according to Chapter 14 of the official DFB “Football Rules 2022/2023” – “Penalty Kick.”

The DFB has now determined that going forward, the video referees should also take a look at the goalkeepers’ feet in order to more consistently penalize misconduct. Oliver Baumann, the goalkeeper for Hoffenheim, is upset by the stringent application of Rule 14 that has long been the norm internationally.

This season’s match between VfL Wolfsburg and Schalke 04 serves as a perfect illustration of unlawful foot activity. The Wolfsburg supporters erupted in jubilation as Simon Terodde stepped up to take the penalty shot against Koen Casteels, who guessed the right corner. Incorrectly, as Terodde’s shot was made while Casteels’ studs were no longer in contact with the goal line’s white chalk. This error was picked up by referee Felix Zwayer’s keen eyes, and the penalty was repeated. literally. Casteels was there once more and was too far ahead as Terodde fired in the same corner. However, Zwayer failed to whistle this time.

Soon, there should only be throttled emotions even after parried penalties.

The mid-season changes are being made in order to “prevent divergent interpretations due to a discretionary power,” the DFB said in a statement. The referee’s discretion is not a systemic issue. A man’s foot, which is typically 28 centimeters long, should normally rest on the ten to twelve centimeter thick line. However, the referee should determine whether or not anyone has gained an unfair advantage. The DFB message makes no mention of schoolyard mind games with a lot of testosterone or stomped penalty points.

The VAR is unpopular because, among other things, he pretends to uphold justice by adhering to the truth, which is impossible in sports. Instead, he forbids feeling when he poses the question, “Was it really a goal?” after achieving a goal. Or is it necessary to first determine when the goalkeeper last clipped his toenails using a satellite-controlled cross bearing? Football fans have long been familiar with the annoyance of unwarranted excitement and premature celebration. Even if fines have been avoided, stifled emotions risk becoming the norm rather than the exception.

An Olympic game from 2004 serves as an example of what rigid devotion to the rules might result in when taking a penalty. The referee permitted a Tunisian to take five penalties in the 2-3 draw between Serbia and Tunisia because a player allegedly went into the penalty area prematurely each time. He gave absolutely no consideration to whether or not the Tunisians were less helpful to one another. a historical curiosity in football that is only interesting while it is still a unique occurrence.