The first derby went to the people of Split: Nova Cibona fell in the final 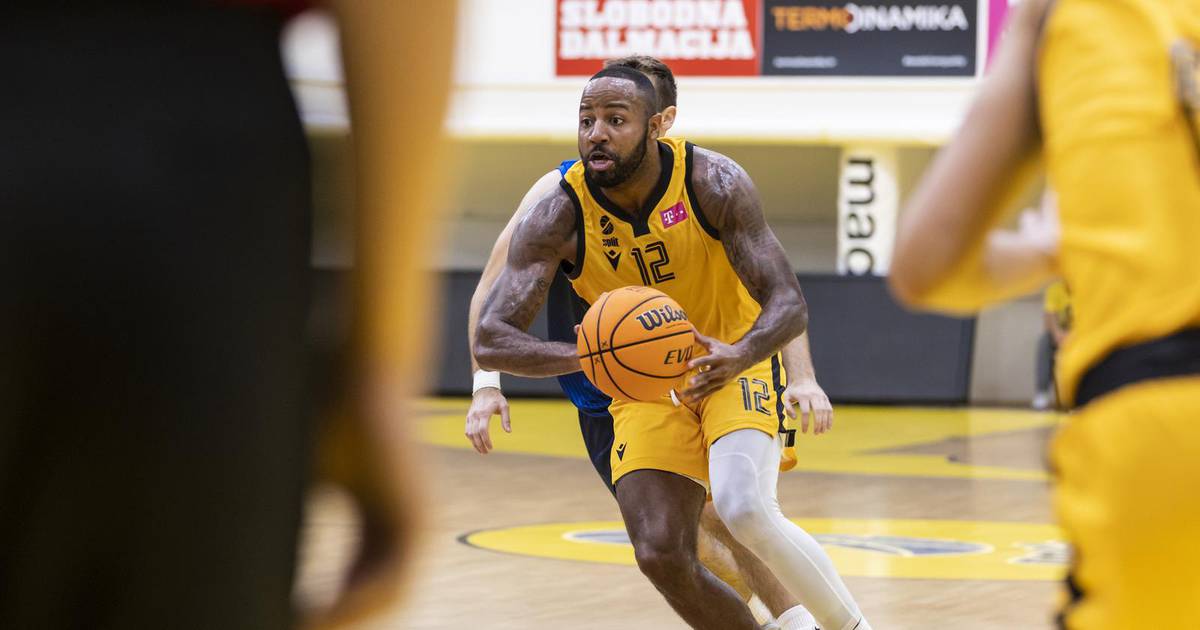 At the opening of the new basketball season Split in front of around 1,000 at Gripe, he celebrated nad Cybonoma 84-71. Shorter (21 baskets, 9 baskets and 5 assists), Đogo (14 baskets) and young Runjić, who added a shot to his usual arsenal of qualities tonight, ended the game with 16 baskets and three three-pointers.

On the eve of the start of the season, both from one and the other camp, and even from the third – Zadar – announcements about problems came one after the other. But despite that, the teams somehow got along, Split kept Shorter and Runjić, they brought in national team member Mavra and Đoga and Nelson, brought back their former players Kalajžić, Gizdavčić and Šarić…, while Cibona was left without all four of its gems, Branković, Prkačin, Gnjidić and Nakić. They brought their former player Josip Sesar to the position of coach, who completely rearranged the team, in which only Radovčić remained.

In the first quarter, the game was basket after basket, and the home team only got the first tangible advantage in the 12th minute, with a three-pointer by Gizdavčić, they reached 22-17. But very quickly the guests nullified that advantage, Kapusta equalized a few minutes later with a three-pointer and his seventh goal. And he didn’t stop there, by the end of the first half, the experienced guard scored 12 points, for his team’s minimum lead of 34-35.

The guests opened the second half much better, they took advantage of the yellow team’s indecision on open shots and reached 34-41 with a 6-0 series. Subotic called a minute of rest and from that moment everything started to get better for his team, the defense worked, in just two minutes they turned it to 48-43 and then increased that advantage until the end of the third quarter, which ended with a score of 62-57. Đogo and Runjić had a blast, Mavra and Shorter were certainly leading the team…

As the match progressed, the guests fell, and the yellow team increased their gas. After Shorter scored a three-pointer for 76-59, and then Mavra for 84-64 and practically solved the question of the winner of tonight’s meeting, Subotić pulled them out of the game and gave the spectators the opportunity to reward them with applause for the approved game and the first victory. The sports director of the national team, Aleksandar Petrović, watched the match live as part of his tour of visiting potential national team members, but tonight he could hardly have seen something that he didn’t already know…

Cibon coach Josip Sesar was not satisfied with his team’s performance:

– We had a good rhythm in the first half, and also in the third quarter, but after that Split took control of the game, they cut us down and won. It’s a shame that this wasn’t on television for everyone to see, there are a lot of young players who need to work and study and deserve what happened to them tonight.

The best player in his team was Kapusta with 14 points and five assists.

On the other hand, Split’s coach Subotić dropped the ball to the ground immediately after the game:

– We are satisfied with the victory, we are aware that it is the beginning of the season and that there will be ups and downs because we are just getting along. We looked good energetically and defensively, we knew where and how to attack and it turned out to be successful in the end. Everyone played their role, Mavra and Shorter as the most experienced, Juka, Mate, Lovre… It’s the first game, people wanted to play basketball and I’m glad that we gave them the victory. A tough match awaits us, we are short, these youngsters are green and have to prove themselves and learn, we are going to Podgorica against one of the favorites of the ABA League, we will try to use the minimal chances we have.