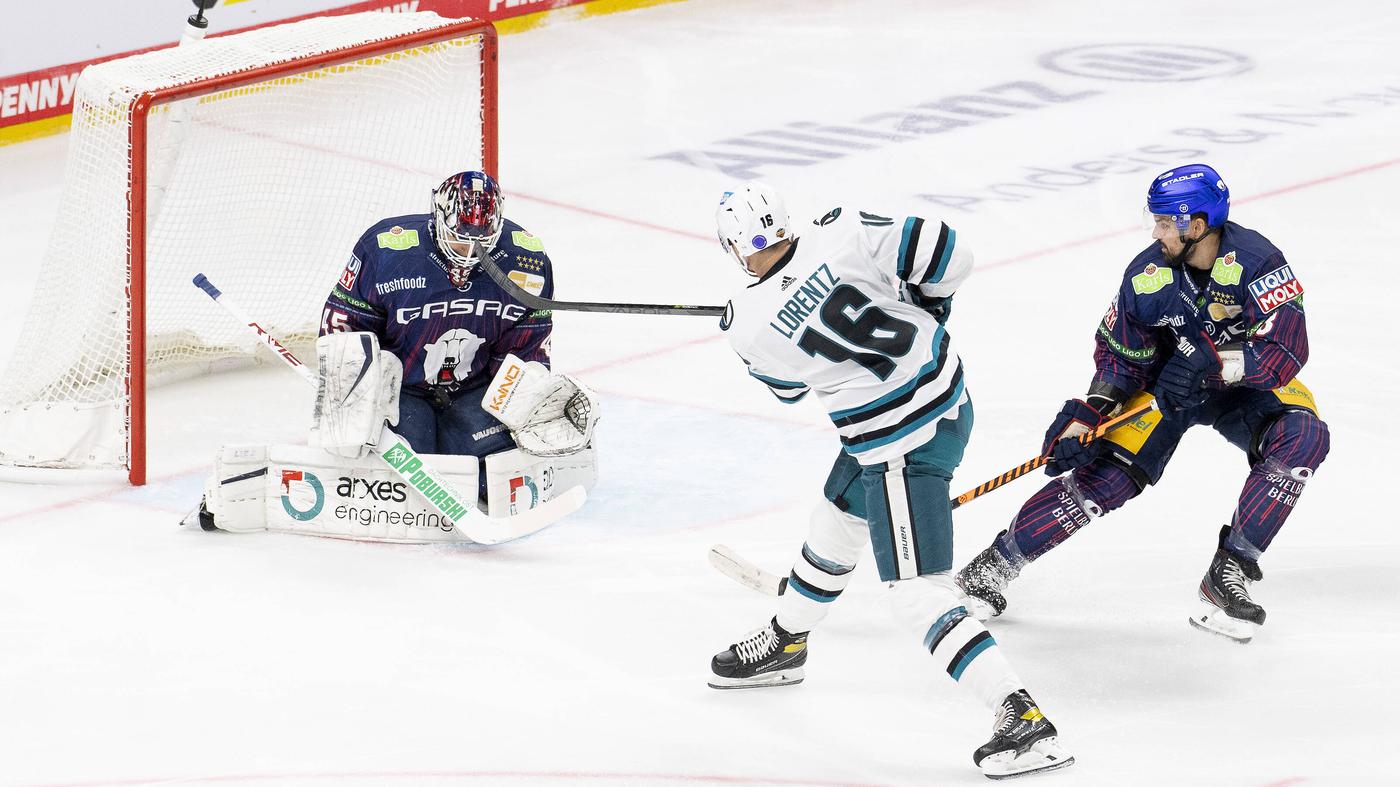 For the players and the entire staff of the San José Sharks, the surroundings of the Mercedes-Benz Arena must have felt very familiar, despite the great distance between their California homeland and Berlin. In keeping with the Global Series or Global Series Challenge, as the North American ice hockey league NHL’s trip to Europe and the associated show events are officially called, the square in front of the polar bears’ home stadium had been transformed.

Where Berlin fans usually get in the mood for games against Mannheim, Munich or Straubing, visitors could have their shot strength measured, test their skills or stock up on merchandise. Scenes from the past NHL season flickered across a huge screen to provide the background. The 1: 3 (0: 0, 1: 2, 0: 1) from the point of view of the home side only played a supporting role that evening. Nevertheless, 12,103 visitors are said to have officially entered the hall, which seems embellished in view of the partially closed upper tier.

The arena and its surroundings are very similar to the Staples Center in Los Angeles, where the Berlin partner team LA Kings play their games. So that supporters of major US sporting events in particular got their taste. Many NHL jerseys were on display that evening. Not only from the polar bear opponent San José, but also from the Edmonton Oilers or the Stanley Cup champion Colorado Avalanche.

With German striker Nico Sturm, the Sharks even have a reigning Stanley Cup winner in their ranks. However, the native of Augsburg was not in the squad for his team, which opened the new NHL season against the Nashville Predators on Friday in Prague. A precaution, as coach David Quinn said. Sturm had to leave the ice early in the test against the Vegas Golden Nights because of a concussion. At least Sturm made a brief appearance when he swapped jerseys with Marcel Noebels.

Mountfield HK is our guest on Wednesday

Because the polar bears are already challenged on Wednesday evening in the Wellblechpalast, where they need a win against the Czech team Mountfield HK (7.30 p.m.) to still have a chance at the knockout round of the Champions League, the Berlin coach rested Serge Aubin some of his regulars. In addition to Captain Hördler, Matt White and Peter Regin also got a breather, but some young players were able to gain experience playing against experienced NHL cracks. Manuel Wiederer, who was under contract with the Sharks for three years but only played for the San José Barracuda farm team, met some old friends again.

competitive matches are still pending for the Berliners this week.

And although it was a matter of wisely dividing the forces, because after the CHL task there are also two DEL games this week in Ingolstadt and against Nuremberg, the Eisbären ensemble held up very well against the Sharks, who are among the outsiders in of the upcoming NHL season count. In the first third, the disc landed twice on the Berlin post. The “energy of departure” that Sturm felt in the Sharks team after a personnel upheaval was initially not able to bring the hosts significantly out of rhythm. And that despite the fact that the game was interrupted more often by commercial breaks than is usual in the DEL.

In the meantime, the Berliners were even allowed to dream of a coup after Giovanni Fiore had scored the 1-0 for the polar bears. Shortly before, the polar bears had survived a 3:5 deficit, in which goalkeeper Tobias Ancicka was able to distinguish himself, who made room for Juho Markkanen after the half as agreed.

The Finn had to admit defeat twice later. Within just 40 seconds, Mario Ferraro and Erik Karlsson had turned the game in favor of the Sharks and created the previously expected balance of power. Luke Kunin made the decision in the last third with a man down.

In view of the tasks ahead and the already heavily dosed approach, one could not assume that the polar bears would have a lively final phase anyway. Especially since Aubin had to do without Marco Nowak and Eric Hördler during the game, who suffered injuries in a game that was unnecessary from a sporting point of view, which limited the enjoyment that Aubin wanted to take away from this performance.