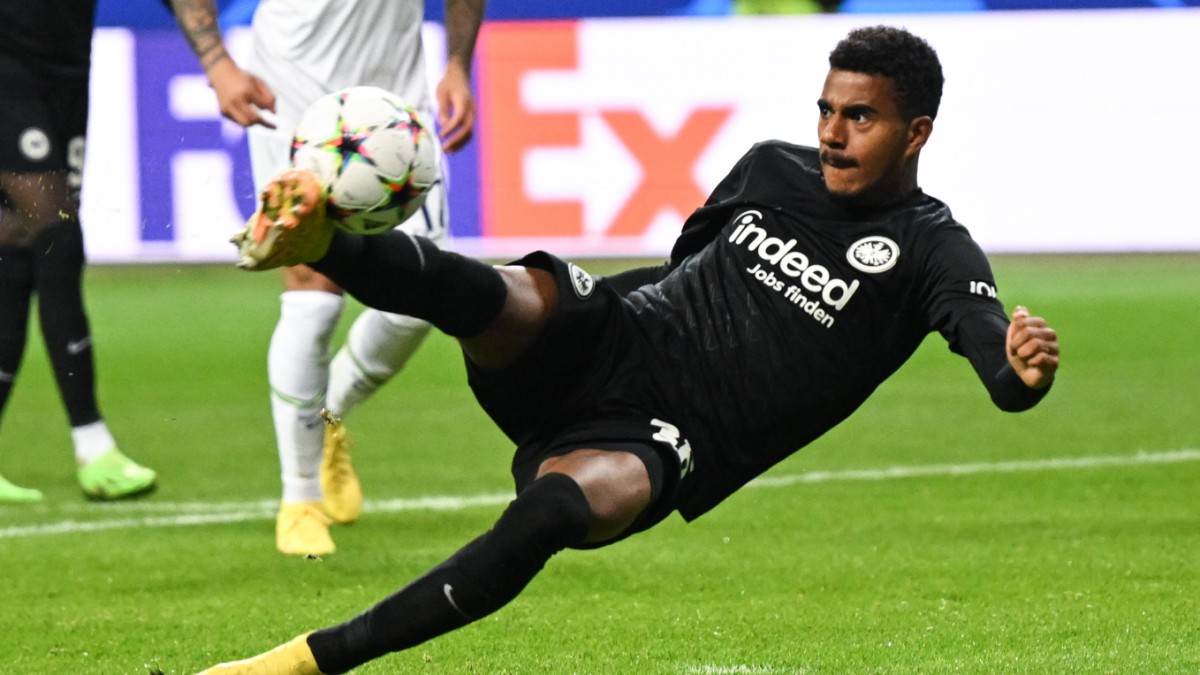 Eintracht Frankfurt missed the first home win in the club’s history in the Champions League at the second attempt, but kept every chance of progressing with a goalless draw against Tottenham Hotspur. In front of 50,500 spectators, the Hessians deserved a point in the duel with striker Harry Kane, third in the table in the English Premier League, on Tuesday due to the improvement in performance in the second half.

With four points each, both teams are tied in Group D behind leaders Sporting Lisbon (6), who lost 4-1 at Olympique Marseille (3). Eintracht will travel to London for the second leg as early as next week.

Tottenham showed offensive power right from the start – especially Kane. The England international narrowly missed the ball twice (12th and 25th) in front of goal, and his long-range shot (28th) was not far off the mark. But Eintracht didn’t hide at first either, in a short urge phase midfielder Sebastian Rode (18th), whose shot was deflected to the corner, missed. Overall, Eintracht, in which the recently rested Djibril Sow replaced the injured Mario Götze, as expected, was initially not powerful enough despite all efforts.

Also because striker Randal Kolo Muani, who Glasner allowed a lot of freedom on the offensive, was mostly taken out of the game by the guests’ defense. Daichi Kamada, who had taken over the Götze position in attacking midfield, didn’t have enough accents either. In addition, the bad passes that inhibited the flow of the game increased.

Tottenham was different: when they won the ball, they went straight and dangerous again and again. Shortly before the half-time whistle, former Bundesliga pros Heung-Min Son (40′) missed good opportunities to take the lead at half-time after a fine back-heel from Kane and Ivan Perisic (43′).

After the change of sides, Frankfurt came out of the cabin with more momentum, which was immediately rewarded with a great opportunity: Sow chipped the ball perfectly into the penalty area, where Ansgar Knauff brought it straight to the goal from the air – guest goalkeeper Hugo Lloris parried. After an hour, Jesper Lindström went wide in a promising position. The Premier League third was defensively vulnerable. But that also applied to Frankfurt, especially with Kane and Son, the defenders around old master Makoto Hasebe had their problems. After less than an hour, Kolo Muani had to leave the field for Rafael Santos Borré. As the game progressed, both teams slowed down a bit, which meant there were few chances.

Seoane at Leverkusen before the end

Coach Gerardo Seoane is more at risk than ever: Bayer Leverkusen also messed up in the Champions League after the 4-0 debacle at Bayern Munich, thereby increasing the pressure on his coach, who was in serious trouble. The penultimate of the Bundesliga lost a sometimes crazy game at FC Porto 0: 2 (0: 0) on Tuesday and thus missed a big step towards the round of 16.

Zaidu (69′) and Galeno (87′) scored the goals. However, the team’s performance and attitude over the long haul were arguments for Seoane getting his job final against FC Schalke on Saturday. If the Swiss player doesn’t win with the Werkself against the promoted side either, his time in Leverkusen will almost certainly come to an end.

The whole emotional rollercoaster of feelings for Seoane culminated just before the break when Porto scored, the goal was disallowed, Bayer received a hand penalty and Patrik Schick missed it (45). A goal by Callum Hudson-Odoi had previously been disallowed (15′). To make matters worse, Jeremie Frimpong also saw yellow-red after repeated foul play (88.)

Seoane had been relaxed in advance after the announcement by club boss Fernando Carro, who had publicly stated that the club was “not unprepared for a change of coach. He finds it “only professional,” said the 43-year-old and assured: “I personally can handle the situation well.” His team, who had changed three positions, quickly tried to control the game and tried to gain security through possession. For three minutes Bayer seemed to have quickly rewarded themselves with a Hudson-Odoi volley from the far post After seeing several TV pictures, the English referee team found that Robert Andrich had previously played a foul when winning the ball.

After that, the game flattened out until events took a turn for the worse shortly after the break. First of all, the Bayer keeper Lukas Hradecky, who had often made a mistake, made a strong save against Mateus Uribe (40th), then Schick failed at Diogo Costa (41st), in return Mehdi Taremi scored the supposed 1-0 for Porto. Because of a handball by David Carmo in his own penalty area, the goal was not only disallowed, but instead there was a penalty for Bayer – which Schick missed. To make it even more bizarre, the Czech had also missed a penalty in the international match against Portugal ten days earlier. And who was there in the gate? Diogo Costa. At that time, Schick had shot over the goal, this time the Portuguese held. Instead of 0:1 or 1:0 it was 0:0 at the break.

After the break, the game became wild and disorganized in front of 42,399 spectators. Instead of great chances to score, there were now only four yellow cards within ten minutes as excitement.

Barcelona are subject to Inter

Important victory for Jürgen Klopp, bitter defeat for Robert Lewandowski: After problems in the Premier League, the Liverpool FC team manager won again in the Champions League against Glasgow Rangers. FC Barcelona, ​​on the other hand, suffered their second bankruptcy in the group stage at Inter Milan, qualifying for the round of 16 is anything but a sure-fire success.

Trent Alexander-Arnold scored the opening goal in Liverpool’s 2-0 (1-0) win in the seventh minute, before Mohamed Salah (53′) made the final score with a penalty kick. The success improved the Reds in Group A from third to second place in the table.

Exactly the opposite happened for Barca in Group B, the Catalans swapped second and third place with Inter. Former Leverkusen player Hakan Calhanoglu (45+2) scored the deserved 1-0 (1-0) win for the Italians. Former Bayern striker Robert Lewandowski was rarely able to put himself in the limelight and remained goalless.

SSC Napoli and, surprisingly, FC Brugge also made great strides towards group victory. The Italians landed a clear 6:1 (3:1) triumph at Ajax Amsterdam and the Belgian champions also achieved their third win with 2:0 (1:0) against Atletico Madrid in the third game. For the Dutch it was the heaviest European defeat in club history. For the Flemish, Kamal Sowah, who scored in the 36th minute, and Ferran Jutgla (62nd) were the match winners. Giacomo Raspadori (18th and 47th) was twice successful for Naples, Giovanni di Lorenzo (33rd), Piotr Zielinski (45th), Kvicha Kvaratskhelia (63rd) and Giovanni Simeone (81st) made the victory perfect. The short-term Ajax lead was due to Mohammed Kudus (9th).

France’s runners-up Olympique Marseille had already clinched their first win early in the evening after two defeats at the start. The team of former Schalke player Amine Harit beat Sporting Lisbon, who had previously won twice, 4-1 (3-1).

The hosts’ success was aided by a 63-minute manpower after a red card against Lisbon goalkeeper Antonio Adan for an emergency brake. The goals for “OM” were scored by Alexis Sanchez (13′), Harit (16′), Leonardo Balerdi (28′) and Chancel Mbemba (84′), Trincao had given the Portuguese the lead after just 51 seconds.