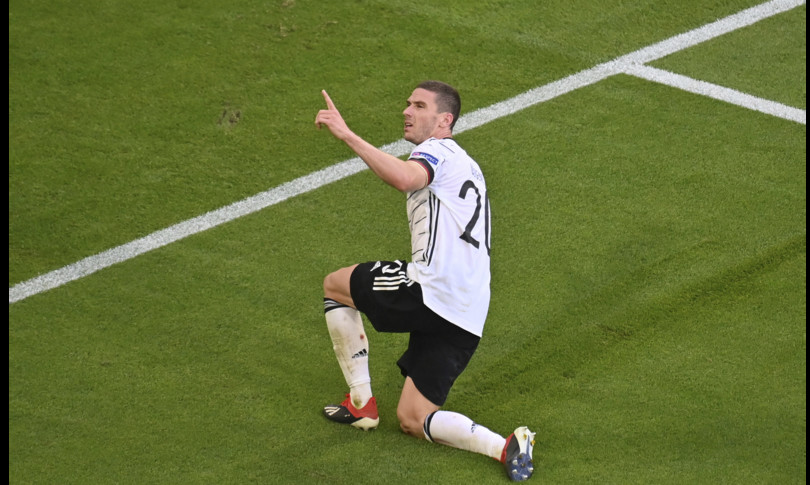 AGI – Germany beat Portugal 4-2 in the sign of a wild Robin Gosens and reacts after the debut defeat against France. The Lusitanians collapse after Cristiano Ronaldo’s goal of advantage and will play the qualification on the last day, right against Bleus. Balance reigns in group F, where anything can still happen.

First half full of goals and emotions at the Allianz Arena with the two teams giving life to a thrilling show. After only 5 ‘Gosens gave his team the lead, however the goal was canceled due to an offside position by Gnabry, who actively participated in the action. The siege by the Germans continues, but surprisingly Portugal takes the lead. Lightning counterattack finalized by Ronaldo, who receives the ball from Jota and deposits it in the unguarded goal.

After the goal the game changes radically: Portugal gains confidence, while Germany slows down. However, as happened before, it is the least anticipated team that find the way to the goal. In a short time, Germany reverses the situation with two own goals. In the 35th minute, on a volley from Gosens, Ruben Dias sent the ball into his goal in an attempt to anticipate Havertz. Four minutes later it is instead Warrior to touch last, intervening in an awkward way on the cross of Kimmich. The splendid moment of form of the Germans also continues in the second half, when Gosens still stands out.

The winger of Atalanta is irrepressible on the wing and in the 51st minute he signs the assist for Havertz’s 3-1, in the right place at the right time. A few moments after Germany even poker drops and Gosens takes away the satisfaction of the goal, icing on the cake of a sensational performance. Portugal, however, did not give up and tried to reopen the match with Diogo Jota, who shortened the distance in the 67th minute. In the final minutes, Renato Sanches scared Neuer by hitting a post, but Germany took no big risks and took home the victory.