Italy also beats Wales, Pessina decides. Closes in first place, on the 26th the second round at Wembley 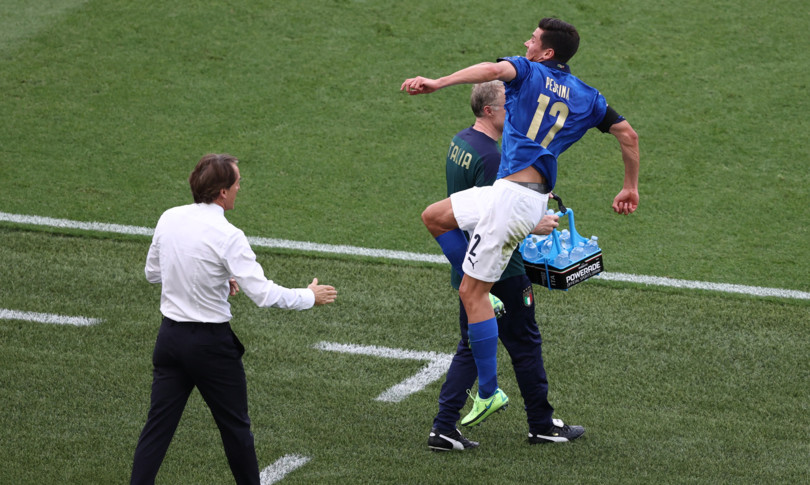 AGI – Italy closes its group with full points: the Azzurri, with a large turnover of eight elements, won 1-0 over Wales with a goal from Pessina in the 37th. In the second half, at 55th, Ampadu was sent off with a direct red for a hard entry on Bernardeschi.

Round of 16 at Wembley

The Azzurri will play in the second round at Wembley on June 26 at 9pm against one between Ukraine and Austria, who face each other tomorrow for the second place in group C.

There is no two without three for Italy by Mancini, who ended Group A with all the victories and without conceding any goals. Another day of celebration for the Azzurri, who despite a less exciting match than the previous ones, took away the satisfaction of the eleventh success in a row, keeping the goal clean once again. Many line-up changes by Roberto Mancini for the last round of the group stage: always Donnarumma defending the blue posts, while the only defender remains Bonucci, paired with Bastoni and the two full-backs Toloi-Emerson on the right and left wing respectively. Verratti is back in midfield after the injury, with Pessina completing the trio of median with the usual Jorginho. The attack department, on the other hand, is all ‘new’: Belotti is the first striker, Bernardeschi and Chiesa act alongside him. Italy’s first cue comes after about a dozen minutes from the kick-off: Bastoni crosses from the three-quarters field, Belotti tries to stunt the far post but fails to frame the face of the goal. In any case, it would have been all in vain due to the irregular starting position of the ‘Gallo’.

A few minutes later Emerson also tries his luck from a sidereal distance, but the left-handed of the blue full-back is too central and does not create problems for Ward. Despite Italy’s territorial dominance, the race remains somewhat blocked, Wales defends with order, conceding very little to Mancini’s men, trying to scare them on the occasion of some restart. At 24 ‘the hosts put their noses ahead, creating perhaps the biggest goal ball from the beginning of the challenge: Belotti is served in the area and tries the right from a tight angle, misdirecting the conclusion, with Chiesa who fails for a very short time. to intervene on the trajectory of the sphere. On the other hand, the ‘dragons’ are also very dangerous, showing up for the first time on a corner kick situation: Gunter hits his head and puts just a little high over the crossbar. After the escaped danger, the Azzurri respond again, this time with Chiesa who, in a similar position to Belotti’s previous one, kicks from the neck and finds Ampadu’s deviation for a corner. Italy continues to press and at 39 ‘deservedly finds the goal of the advantage: Verratti kicks in the area a free-kick hit along the right-hand side, Pessina is the first in the trajectory and, with a right-footed deflection on the fly, he directs the ball to the far post without leaving Ward a chance for the 1-0 goal. A couple of minutes later the Atalanta midfielder tries another insertion on a new cross from Verratti, but this time in a split he cannot guess the winning conclusion.

In the second half Mancini gives Bonucci a rest, always a starter in these three games, inserting Acerbi as a central defense next to Bastoni. The Azzurri remain in control of the game and in the 53rd minute they reach the goal of doubling with Bernardeschi, who hits the outside post directly with a free kick. On the other hand Ramsey scares Donnarumma after an empty intervention by Acerbi, but the spark that could revive the Welsh is immediately extinguished by Ampadu, who intervenes late on Bernardeschi with a very hard tackle getting a direct red card. Above a man and a goal, the Azzurri continue to press in search of the safety goal, touching it in the 65th minute with Belotti, good at pouncing on Chiesa’s low cross calling Ward to answer. Ten minutes later it is Wales who have a great chance for a draw, but Bale wastes it incredibly badly kicking badly from an inviting position and all just a few steps from Donnarumma. It is in fact the last ring from the formation of Page, which in the final does not become more dangerous, worrying more about defending the goal difference that allows him to qualify as second to the detriment of Switzerland (both at 4 points ).

At the Olimpico the bow for Black Lives Matter made its debut: before the game, the players of Wales knelt to condemn racism, as they had already done in previous games like their British colleagues from England and Scotland. For the first time also four Italian players, Belotti, Bernardeschi, Emerson, Pessina and Toloi, have chosen to make this gesture to denounce racial discrimination.

Mancini: I changed a lot but always played well

“I was pleased to see that I changed 8 players and the team played well. The lads were good. In 10 against 11 in Wales they always defended, it was not easy to find space”, commented coach Mancini.