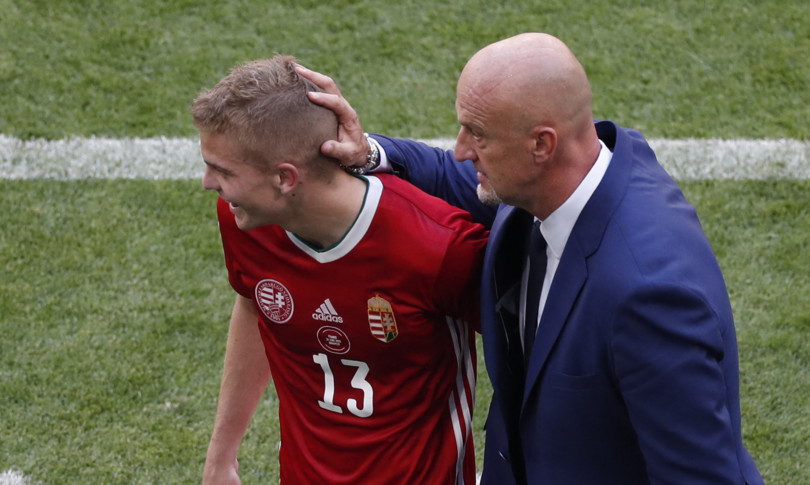 AGI – Far from the glories of glory of the Puskas period and designated sacrificial victim within an iron circle (France, Germany, Portugal), for Hungary there was no hope of advancing to the Europeans. All the more so looking back, given that he had been missing for 30 years in European and world competitions. But everything changed last night when the team coached by the Italian coach Marco Rossi forced France to equalize outgoing world champion. And now everything is played in the final match of the group against Germany, dreaming of the round of 16.

A little fairy tale, as witnessed from the emotion of the 56-year-old Turin coach in tears at the post-match press conference. Before letting go of a harsh outlet for the criticisms received during his three-year management: “If you are aware of where we are and who we are, beyond the glories of the past, these criticisms should not exist”, concluding with an ironic : “The mother of idiots is always pregnant”. The result on Saturday evening, in fact, is only the latest satisfaction in order of time for the Hungarian by adoption who has brought Hungary back to the football that counts. The numbers speak for themselves: 31 games, 15 wins, 6 draws and 10 defeats, tickets for the European Championship obtained in the playoffs against Iceland and a team close to obtaining qualification for the 2022 World Cup.

Rossi, a former Serie A and B defender, began his coaching career in 2003, just a few years after retiring. The first decade on the bench is complicated, many experiences between Serie C and D with exemptions and missed placements. Rossi does not find his size, he takes a sabbatical, thinks of giving up everything and joining his brother in the accountant’s office.

But suddenly a call comes from Hungary: it is 2012 and the Honved of Budapest, the historic team of the Hungarian phenomenon Puskas now fallen from grace, wants it. It seems like a last resort, it will prove to be a springboard for a personal sporting revenge. He stayed there for five years and in 2017 he brought it back to the success of the Hungarian top flight 24 years after the last matcha.

A sort of Leicester in a Balkan version which earned him the victory in Coverciano of the Panchina d’Oro reserved for Italian technicians abroad in the following year. A quarrel with the management interrupts the sporting association and Rossi moves to Dunajskà Streda in the Slovak Superliga.

Third place, best placement in the history of the small club that plays in a city of just 20,000 inhabitants, and qualification for the Europa League. At the end of the season, yet another call from Budapest brings Rossi back to his adopted land, this time as coach of Hungary. The successes arrive, the qualification for the continental tournament and in 2020 he enters, in ninth place, in the top ten of the best national team coaches of the calendar year.

The miracle with the Bleus

A story that added its last chapter on Saturday night with the French. On Wednesday there will be the match from inside or outside at the Allianz Arena in Munich against Germany who crashed Portugal 4 to 2. The historical precedents are almost equal: 33 clashes, 11 Hungarian wins, 12 German and 10 draws. But the vibrations are not negative: two matches at the 1954 World Cup, Hungary’s success in the group 8-3, the worst defeat in history for the Germans to date, and West Germany’s redemption in the 3-2 final. With coach Rossi who trusts in the miracle and dreams of bringing Hungary back to the top, where only Ferenc Puskas and Florian Albert had taken them.