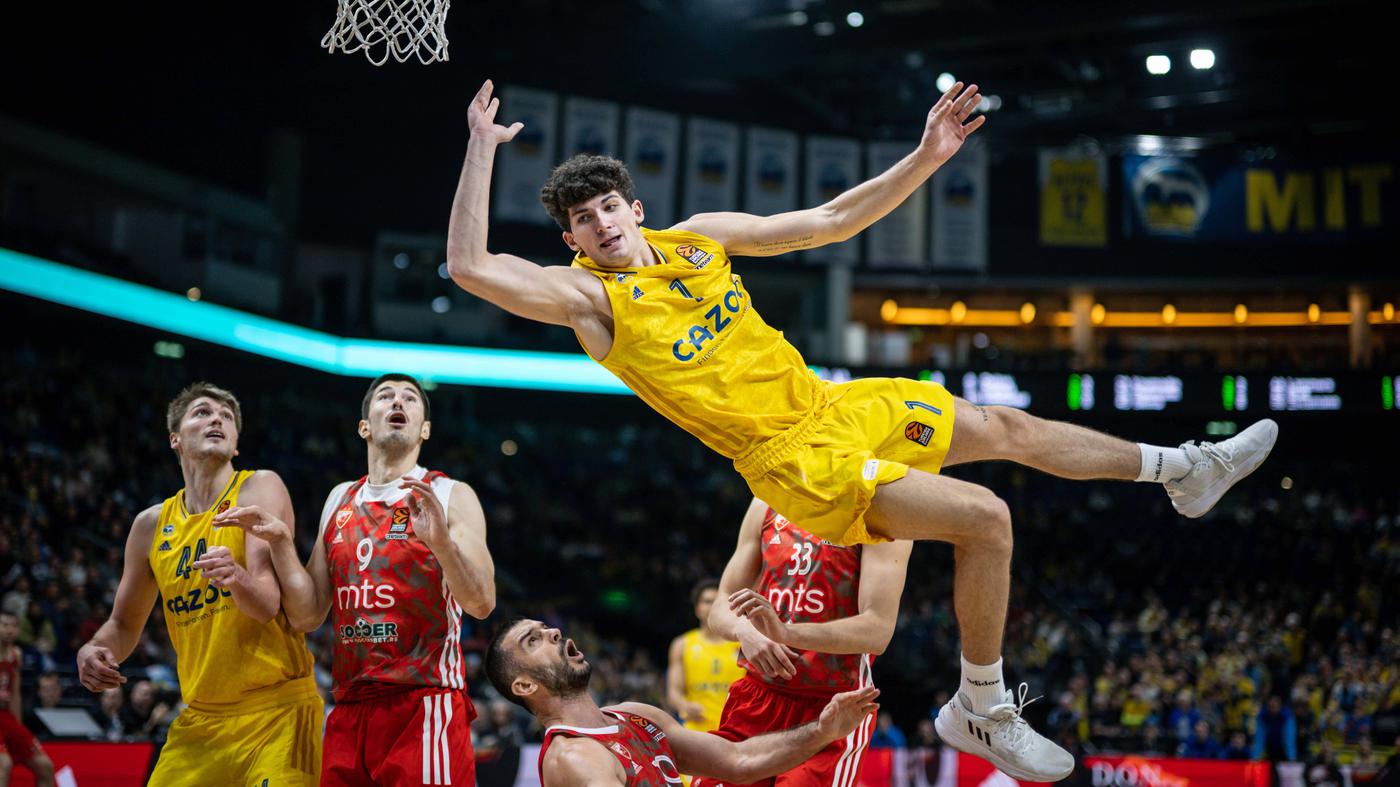 Gabriele Procida saw his second try from the free-throw line go wide and grimaced. It was a look of pain after the Italian, in charge of Alba, had previously crashed violently on his hip while making the move to the basket. But his suffering facial expressions were also suitable as a symbol for Berlin’s emotional world. In the 84:88 home defeat in the Euroleague against Red Star Belgrade, Alba only hit 13 of 25 free throws, just like two weeks ago against Bayern Munich, the miserable rate of 52 percent cost the win. “The missed free throws killed us today,” said Jaleen Smith.

After the Berliners had already been traded as a potential surprise team this Euroleague season with three wins at the start, the mood is clearly depressed after the sixth defeat in a row. Especially since there is an incredibly difficult away game against Olympiacos Piraeus this Thursday (8 p.m., Magentasport). They don’t panic at Alba any more than they did after the start of the season, but the home defeats against Munich and Belgrade hurt a lot.

“I feel sorry for the players,” said coach Israel Gonzalez, who praised his team’s commitment. Alba had the game under control for long stretches and should have led more clearly, but in the end it was nerves and dwindling strength that cost the victory. “I’m not unhappy with the game, but we have to be more effective to win,” Gonzalez said.

In the Bundesliga, Alba can afford smaller phases of weakness and also compensate for the absence of important players such as Louis Olinde, Marcus Eriksson and Jonas Mattisseck. With six wins, the Berliners are unbeaten at the top. However, the opponents in the Euroleague do not forgive mistakes and so the international trend is clearly pointing downwards.

The largest Berlin construction sites are not difficult to find, first and foremost the concentration problems from the free-throw line. Against Belgrade it was above all the supposedly safe throwers who fabricated painful failed attempts. Jaleen Smith was the top scorer with 23 points, but failed twice in overtime. Tamir Blatt had sunk all of his 18 free throws last season but missed one on Tuesday. It was even worse for Maodo Lo and Procida, who each failed twice within a few minutes and caused the crowd to shake their heads in despair.

The next matches of Alba Berlin

Nobody had an explanation for the mysterious weaknesses shortly after the game. “The last few games I’ve thrown pretty badly from the free-throw line, that’s a concern,” Smith said. Only training, training, training can help. But that has not been a problem in the past few weeks. Alba had an unusual amount of time to fine-tune his own game. “We practice free throws in every training session and hit them normally there,” said Coach Gonzalez, adding for lack of a logical explanation: “We have this virus right now.” The Spaniard is not particularly concerned about that.

The same applies to another problem. Point guard Maodo Lo is fit to play again after a stubborn ankle injury but is miles away from his normal form. This was shown against Belgrade not only by the two missed free throws, but above all by his unusually low influence on the game. He currently lacks the liveliness to get past his opponent with his dreaded dribbles, and he hasn’t regained confidence in his own throw either.

“Sometimes we have to sacrifice something in the game because there’s a player on the field who isn’t in the best condition,” Gonzalez said. “But Maodo is very important to us and I hope he’ll start playing well again soon.” Until the international has his rhythm back, creativity in attack will depend largely on Blatt and captain Luke Sikma.

But not everything was negative against Belgrade. After a season marked by injuries and an unremarkable start to the current season, Ben Lammers put in the best performance in a long time. In contrast to many of his colleagues, the 27-year-old center acted extremely efficiently and scored six of his twelve points from distance.

If he actually added a reasonably constant three-pointer to his game in addition to the safe middle-distance throw, he could give Alba’s offensive a facet that was not there before. Because Christ Koumadje and Yanni Wetzell only have their strengths in the end in the zone. Lammers has the opportunity to confirm this progress in Piraeus on Thursday – and his colleagues can show that the 52 percent hit rate from the free-throw line was just a painful slip.