German players cover their mouths during the team photo 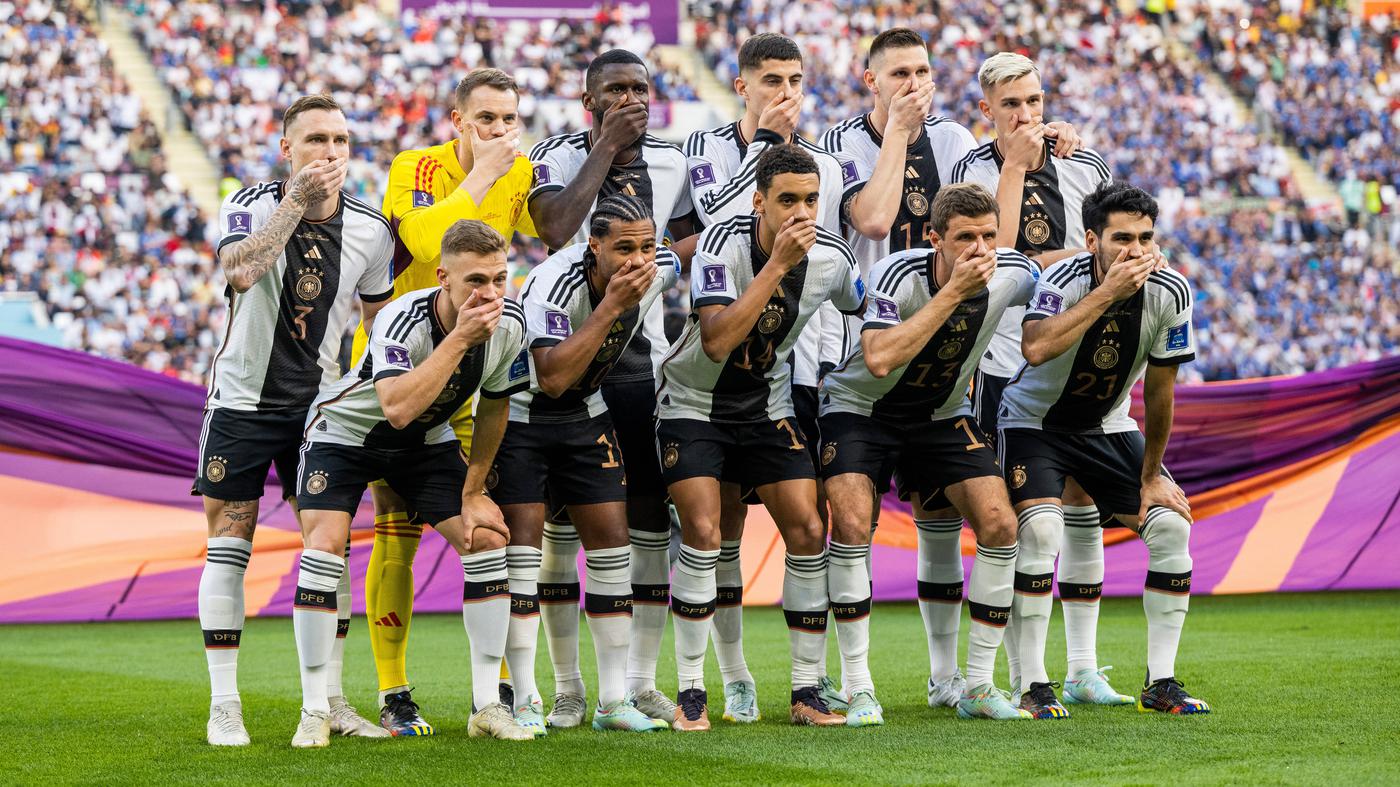 Hansi Flick was still mysterious before the game. When asked in the ARD interview whether his national players were planning anything in view of the ban on the “One Love” bandage, the national coach replied with a smile and a shrug: “Let’s see.”

Free testing: Read the daily mirror unlimited with a subscription. Everything from the world and the cosmopolitan city.

When the German footballers lined up for the obligatory team photo after the national anthem, the breakup followed. The players closed their hands over their mouths. Clear message: We must not say here what we think and also not express it in any other way.

The German team can now call themselves protest world champions, because the other European associations, which wanted to compete at the World Cup in Qatar with a “One Love” armband, had bowed to pressure from Fifa and were preparing for further messages, waived during or after their games.

Instead, Germany’s captain Manuel Neuer wore the “No Discrimination” bandage specified by Fifa in the duel against Japan at the Khalifa International Stadium in Al-Rajjan on Wednesday, which is intended to stand against discrimination of any kind.

Fifa’s ban decision was recently sharply criticized, but there were also allegations towards the German Football Association (DFB) and the players, who were accused of lacking backbone.

In a tweet published shortly after the start of the game on the DFB team’s Twitter account, the photo of the team was posted and, among other things, it was written: “Forbidding us to wear bandages is like banning our mouths. Our stance stands.”

It remains to be seen to what extent the ball was passed back to Fifa and whether they will respond to the German action. The same applies to the assessment in the German public. The topic is far from being settled.