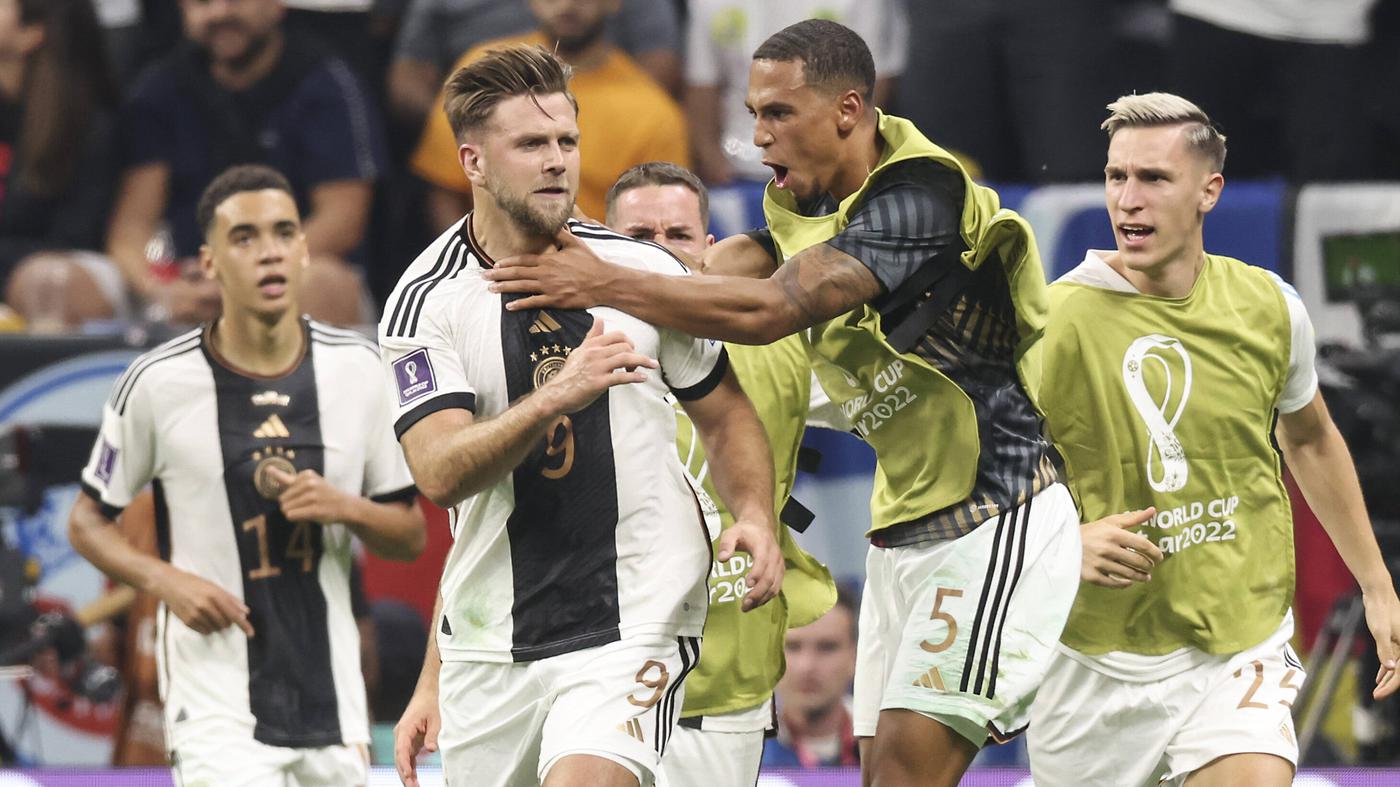 Niclas Füllkrug did what everyone expects of him. He showed no shyness in front of authorities, even if he possibly fulfilled the offense of lese majeste. Jamal Musiala footed the ball inside the Spanish penalty area and nobody should have taken the ball off Musiala’s foot. Especially nobody from their own team.

Musiala is ten years younger than Füllkrug. But their value in the German national soccer team is in inverse proportion to their age. Musiala, 19, is an undisputed authority for Fullkrug, 29, the rookie who made his third appearance as a substitute on Sunday against Spain in his third cap.

Nevertheless, the striker from Bundesliga promoted Werder Bremen made a momentous decision shortly afterwards. First he took the ball from his teammate Musiala with his left foot, then he hit it with his right to make it 1-1.

“I was just totally running. And then the ball was in front of my feet,” said Füllkrug. “It was just instinct acting there.”

minutes, Füllkrug was on the field for his three international matches. It was enough for two goals

A few minutes earlier, instinct had steered Füllkrug into a promising position. He lurked in the middle, Musiala had the ball. But Musiala didn’t look to the left but fired at goal and was denied by Spain goalkeeper Unai Simon.

Maybe that was the moment when Niclas Füllkrug thought: next time I’d rather do it myself.

Everyone loves abundance, as they call it. “He’s an absolute team leader,” said Danny Röhl, Flick’s assistant, in a digital media session the morning after the Spain game. “He goes ahead. He pushes the boys. He’s just communicative. And he gives a lot of energy.”

He also gives his team a lot in terms of football: power, presence, finishing power. Exactly what the national team sometimes lacks with their many fine midfield feet. “That’s why he’s on the pitch,” said national coach Flick about Füllkrug’s goal to make it 1-1. “The determination with which he pulled away was good for us.” The Bremen player played a total of 78 minutes in his three international appearances (plus stoppage time) and scored two goals.

The appearance against Spain was a clear plea for a real nine in attack for the national team instead of a false one. National coach Flick has so far filled the position in the storm at the World Cup with Kai Havertz (against Japan) and Thomas Müller (against Spain).

Both are more in the gray area between midfield and forward, and both were ineffective at the very front. Müller had 18 ball contacts, zero shots on goal and zero assists on goal in 70 minutes on Sunday. In 25 minutes, including stoppage time, there were 13 ball contacts and three shots on target at Füllkrug.

A victory for the national coach Flick does everything right against Spain Goal scorer filling jug after the 1:1 “We can now go into the last game with a good feeling” The man for the special moments Niclas Füllkrug and the Return of the Special Forces

The Germans will also need power, presence and, above all, goals on Thursday when they need a win against Costa Rica to advance to the round of 16 in the final group game. It’s actually hard to imagine that Flick would then do without Niclas Füllkrug, who, in addition to power and presence, also has the necessary self-confidence.

On the other hand, it is reassuring for every coach to have someone like Niclas Füllkrug up his sleeve as a joker just in case. You think about everything, said Marcus Sorg, Flick’s assistant coach, on Thursday. “But you also have to look: What effect does which player have at what point in time? And maybe you shouldn’t lose the effect either.”