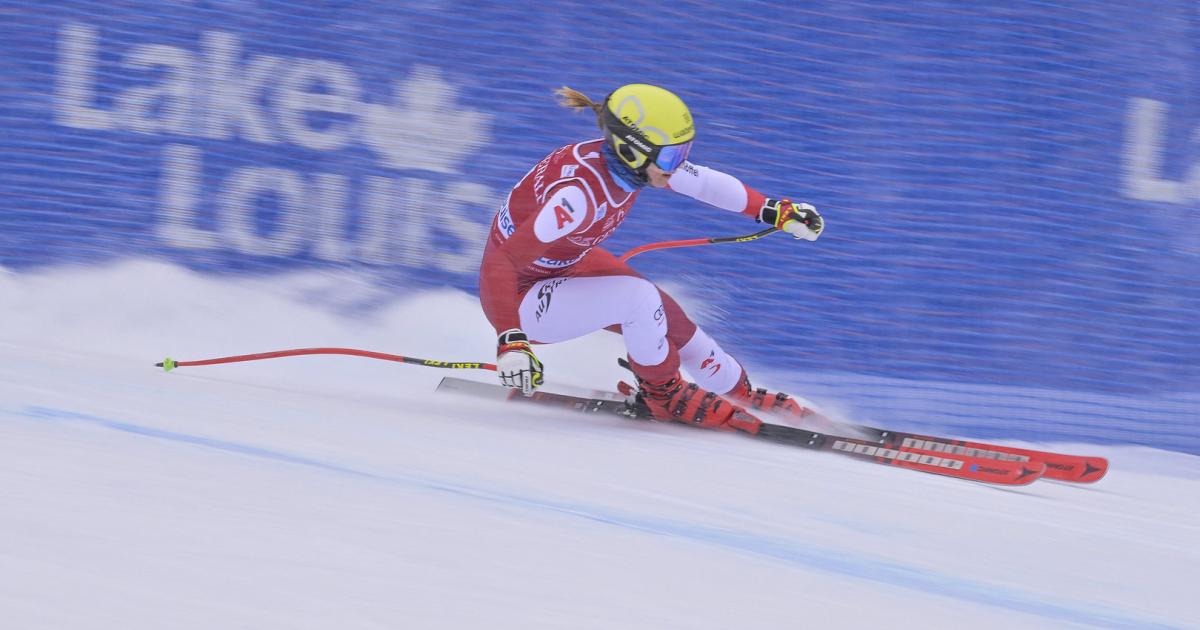 “Attack is the best defense”: The ÖSV stars set the tone before the races in Lake Louise and Beaver Creek.

Otmar Striedinger set the best time on Wednesday in the first practice session for the men’s downhill skiing World Cup in Beaver Creek. The 31-year-old from Carinthia drove the clear best time on the “Birds of Prey” in 1:42.09 and was four tenths of a second faster than the South Tyrolean Christof Innerhofer in second place. Three-time Olympic champion Matthias Mayer (+0.83 seconds) finished in eighth place, Vincent Kriechmayr (+1.09) was eleventh.

When Striedinger first got to know the track with start number two, he was already attacking. “I’ve tried to step on the gas a bit. Attack is always the best defense,” he said. After a lot of fresh snow the day before, the slope was “not yet good” but the organizers had done their best. “She’s definitely getting better every day,” emphasized Striedinger.

The Austrians convinced on Wednesday in the second Lake Louise training for the two downhill runs scheduled for Friday and Saturday. After the best time with a goal error by Nina Ortlieb from the day before, Mirjam Puchner was ahead this time, behind the Italian Sofia Goggia (+0.46 seconds) came the ÖSV duo Elisabeth Reisinger (+0.57) and Christina Ager (+0.65). ) to ranks three and four. Ortlieb completed the strong red-white-red team result in seventh (+1.02).

Only the Norwegian Kajsa Vickhoff Lie (+0.81) in sixth place made it into the top ten with a single-digit start number. Puchner from Salzburg had 14, Goggia 13, Reisinger from Upper Austria 24 and Ager from Tyrol, who was fourth the day before, even had 40. The session, which was left out by Styrian Ramona Siebenhofer, took place at temperatures of minus 16 degrees, but what else warmer than the day before. The Styrian Tamara Tippler only reached the second of four intermediate times or did not finish. Training will resume on Thursday.

After the Wednesday training session, the ÖSV racing manager initially nominated the team for the Friday downhill run. Ager, Rädler and Reisinger managed to qualify internally. Hütter, Ortlieb, Pucher, Scheyer, Schmidhofer and Siebenhofer had already had their fix ticket. The squad for Saturday will be nominated after the first descent.

Daniel Hemetsberger, who took a strong second place at the start of the season for the speed specialists in Lake Louise last weekend, was 24th (+1.76), three hundredths of a second behind World Cup dominator Marco Odermatt from Switzerland. Behind them were the other ÖSV drivers Marco Schwarz (28th / +1.84), Julian Schütter (33rd / +1.93), Raphael Haaser, Stefan Babinsky (both 42nd / +2.26), Christian Walder (44./+2.29) and Maximilian Lahnsteiner (68./+3.99). Christoph Krenn decided not to start.

Another training session is scheduled for Thursday, before a downhill doubles event takes place on Friday and Saturday. On Sunday, the weekend ends with a Super-G. The first planned training session on Tuesday was canceled due to bad weather.