Draghi and the European final, “don’t play it where the contagion starts” 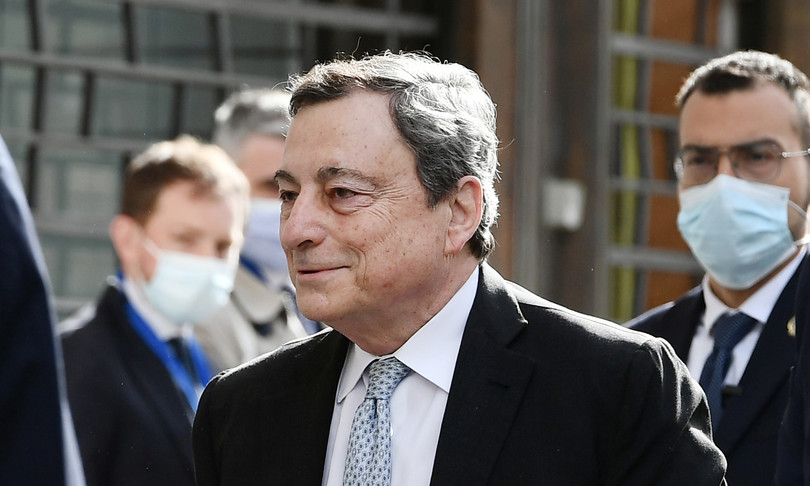 AGI – “I intend to make sure that the final is not held in a country where infections are growing rapidly“. The President of the Council, Mario Draghi, entered into a tackle on the issue of the European final, scheduled at Wembley, in a country, Great Britain, where over 10 thousand cases of Covid are recorded a day. He did so during the press conference with Chancellor Angela Merkel in Berlin, answering a question about the possibility of transferring the final from London to Rome precisely because of the resumption of the pandemic in the United Kingdom.

Shortly after, however, Uefa held back a move on the hypothesis with a note: “Uefa, the English federation and the English authorities are working closely together and successfully to organize the semi-finals and the final of the Euro at Wembley and there are no plans to change the venue for those matches. ”

The semi-finals and final of the European Championships are scheduled at Wembley on 6, 7 and 11 July. According to rumors, UEFA could ask for a move to a safer city and there has been talk of Budapest, even if Rome could be an alternative. The main problem is the 10-day quarantine that the British government currently imposes on those arriving from other countries and which would jeopardize the presence of 2,500 VIP guests (including valuable sponsors) at the grand final. The government of Boris Johnson would have to grant an exemption but this would obviously spark controversy. More generally there is the problem of safety for the thousands of foreign fans who would leave for London to attend the final.

There are risks for Pregliasco

Fabrizio Pregliasco, virologist of the University of Milan, explained to the AGI that playing the final matches of the Europeans in Great Britain “definitely not a great idea. The delta variant has increased the cases, the circulation is viral and it is higher, in short, it is a risk “, he observed.

In his opinion “perhaps it would even be appropriate to discourage fans from going to England to follow the games, especially since at the stadium, it goes without saying, the risks grow with thousands of people crowding. It was a mistake, the calendar should have been revised: on the other hand, they are the first itinerant Europeans, it would not have been a dramatic choice like postponing or moving the entire event. In Italy there are ten times fewer cases a day, perhaps a few more games could have been set up here, or in other low-traffic countries “.