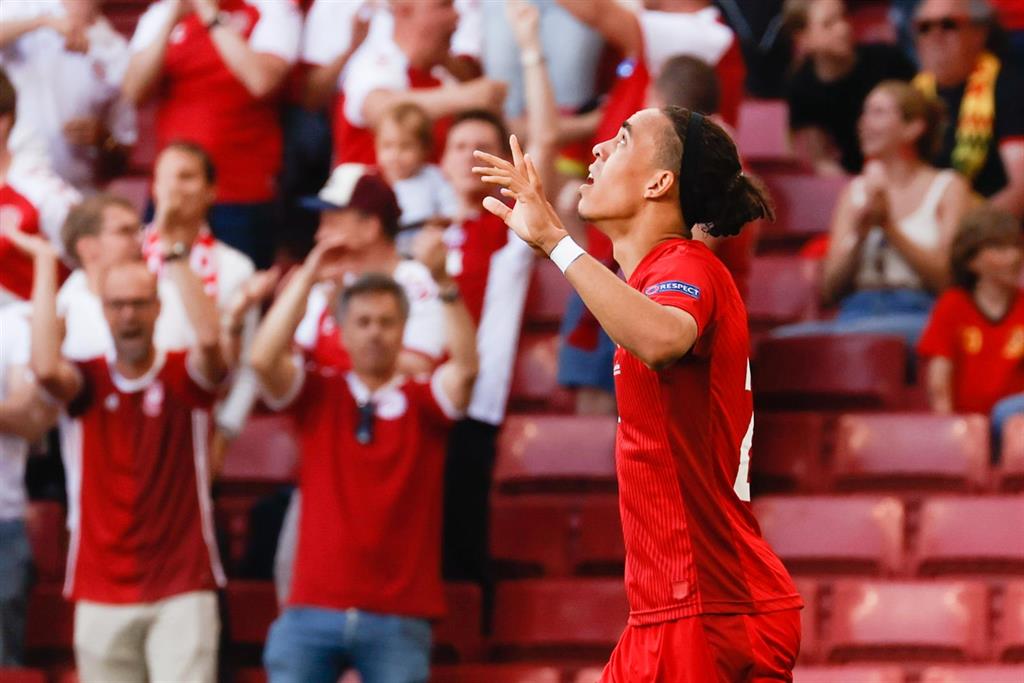 The Danish national team finally gave themselves a joy at Euro 2020 and qualified for the round of 16, where they will face Wales, after beating Russia 1-4 on Monday and taking advantage of the favorable result of Finland-Belgium .

The ‘Red Dynamite’ needed ‘dynamite’ and he took it out, especially in the final stretch of the match to knock down a timorous and indolent rival, who seemed to want to play the draw that was worth him to have the ticket and who is now leaving for the back door of the tournament as the last of Group B.

Those of Stanislav Cherchesov preferred to shelter behind and wait for their opportunity in a counterattack, but their good initial discipline was gradually undermined while the faith of Kasper Hjulmand grew, supported by an enthusiastic Parken Stadion, who celebrated a pass with joy. to eighths that had almost come to be in the background after the scare given by Christian Eriksen.

But Denmark was as ambitious as against Belgium, although this time they ran into the defensive network of the Russian team, which even gave the scare with the best chance in the opening section of the duel. Golovin showed his quality, but after overflowing defenses he lacked finesse in the shot against Schmeichel.

Russia was holding on and was only disturbed by a powerful long shot from Hojberg. Their centrals took out all dangerous boarding, but the Danes found their way from afar, thanks to a precise shot from Damsgaard that gave faith to the locals before the break.

After this, Denmark continued to command the game against a Russia that not only showed no signs of reaction but was also going to make a fatal mistake. Zobnin delayed a ball, but not where his goalkeeper Safonov was and where Poulsen was, who did not forgive to put the 0-2 and make his rival dream of the eighth in a serious way.

The Danes continued to be ambitious in search of more goals and without holding the score. However, they were punished with a disputed penalty that Dzyuba transformed to give life to the Russians, a fleeting joy for the final arreón of the Hjulmand, totally unleashed.

Thus, Safonov made three meritorious almost consecutive stops before Christensen sent him a ‘missile’ from outside the area before which he could do nothing. Denmark, already helped by the Belgian triumph, did not stop before an euphoric crowd and closed their win through the tireless Maehle and make it clear that they are going to more in the tournament.