Italy gets complicated after missing a penalty in 90 ‘ 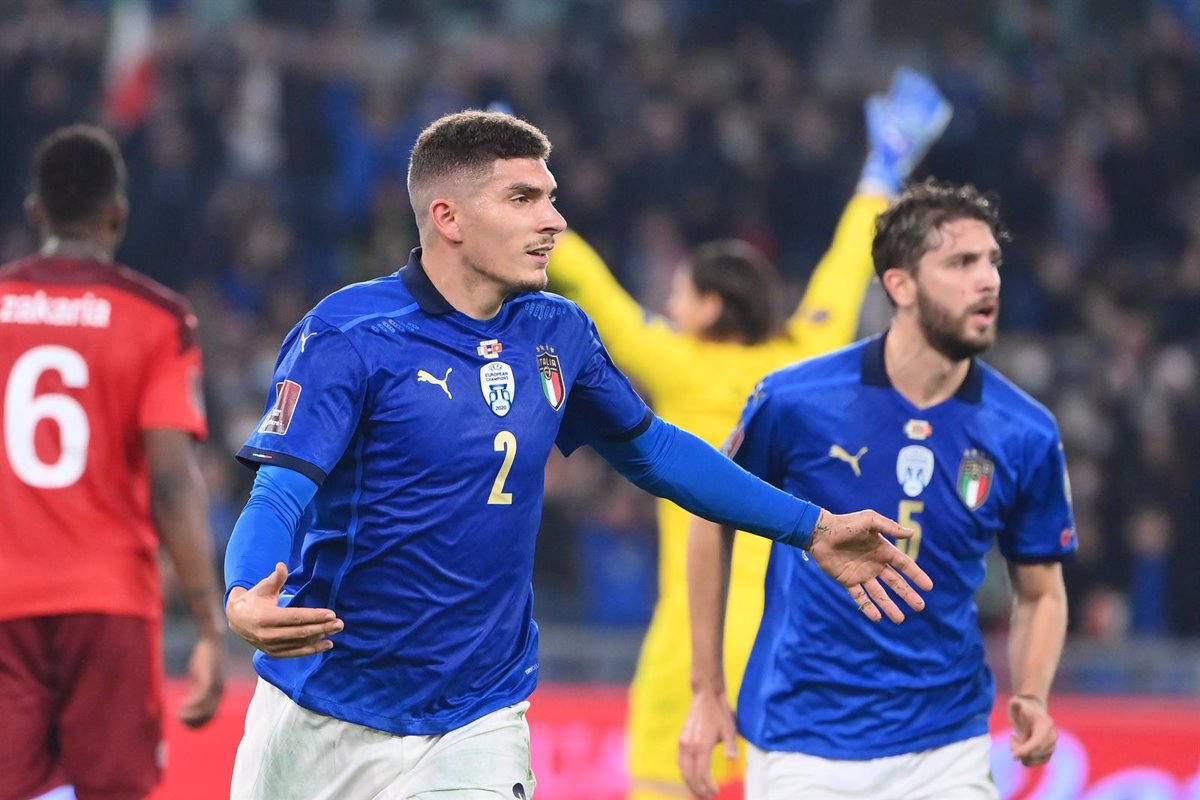 The Italian team committed their presence in the 2022 World Cup in Qatar after drawing against Switzerland (1-1) after an error by Jorginho from the penalty spot as the game came to an end, while England beat Albania at Wembley ( 5-0) to stroke the ticket on the penultimate day of matches in the European qualifying phase.

At the Olympic stadium in Rome, the ‘azzurra’ team could not beat Switzerland in a locked duel, with the superiority of the locals, but without the fortune that has accompanied them so many times throughout history. Widmer, at 11 minutes, put up a game that, before the break, returned to balance on the scoreboard.

Di Lorenzo established the 1-1 to ten for 45 ‘and everything indicated that Roberto Mancini’s team would come back in the second half, but it was not like that. Jorginho had the chance with a penalty that required VAR review, but the Chelsea midfielder shot with great power over the crossbar.

In this way, Italy visits Northern Ireland this Monday as the leader of group C but with the same points as the Swiss, who will play at home against Bulgaria. A situation that is very similar to the one they experienced in 2018, when they ran out of the World Cup ticket. On this occasion, even if they finished second, they will get the repechage option.

In addition, England left their classification very close after a great defeat to Albania with a hat-trick by Harry Kane. Gareth Southgate’s pupils overwhelmed their rival and scored all their goals before the break. Maguire and Henderson completed the win for the English, group I leaders with three points more than Poland. A draw against San Marino on the last day helps them to qualify.

The Poles, who are still on the lookout for an unlikely England stumble, had no trouble defeating Andorra (1-4) with a double from Robert Lewandowski and two other goals from Joszwiak and Milik, the latter also assisted by the forward. from Bayern Munich.

In group F, Denmark – already with the ticket in their pocket – continues with its full of triumphs after nine days by beating the Faroe Islands 3-1 this Friday, with goals from Larsen, Maehle and Olsen, while Scotland assured the repechage after beating Moldova (0-2) with targets from Patterson and Adams, one in each half.