Emiliano Martínez: “When you don’t play well, you have to win” 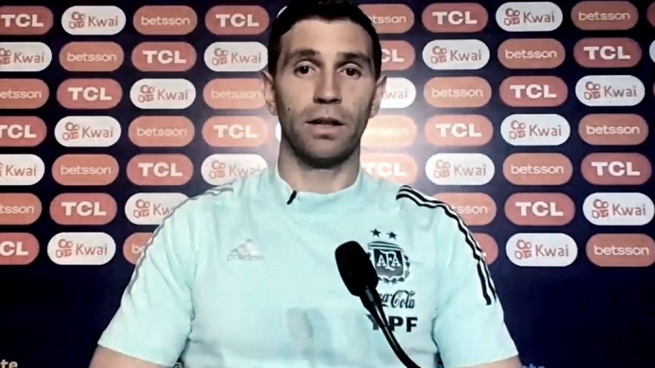 Emiliano Martínez was one of the high points of the Argentine team that defeated Uruguay as a visitor, at the “Champion of the Century” stadium, in the match that closes the 13th date of the World Cup qualifiers.

“Draw” had two saves, at the beginning and end of the game, where he helped his team to get the three points when at times, the team did not show its best image.

“We took a giant step. Mathematically it is not closed, but seeing the results of the date we knew that winning today was a giant step and luckily we took it,” he said.

“We did not play well, but this is the line: to carry out the games and reap good results even playing badly. This team has some great eggs,” he emphasized.

THE DIBU IS HUMAN! He missed an easy shot and almost ended up in a blooper. Argentina continues to win 1-0. #EliminatoryEnTyCSports. pic.twitter.com/aUx40waFgW

The Aston Villa goalkeeper in England assured that the game “was very difficult” because “they needed to add” and “the court was not good, the ball was stung badly, it was very dry in the middle”.

“But, as I say, this group is moving forward, we deserve everything. We work very well, you realize the desire of the boys who are joining the process … So there is less time to achieve the goal and I hope so let’s achieve, “he added.

Martínez, finally, said that Tuesday’s match with Brazil “is not a rematch, or in any case it is a rematch for them,” in reference to the Copa América final that Argentina won last July at the legendary Maracanã stadium. .