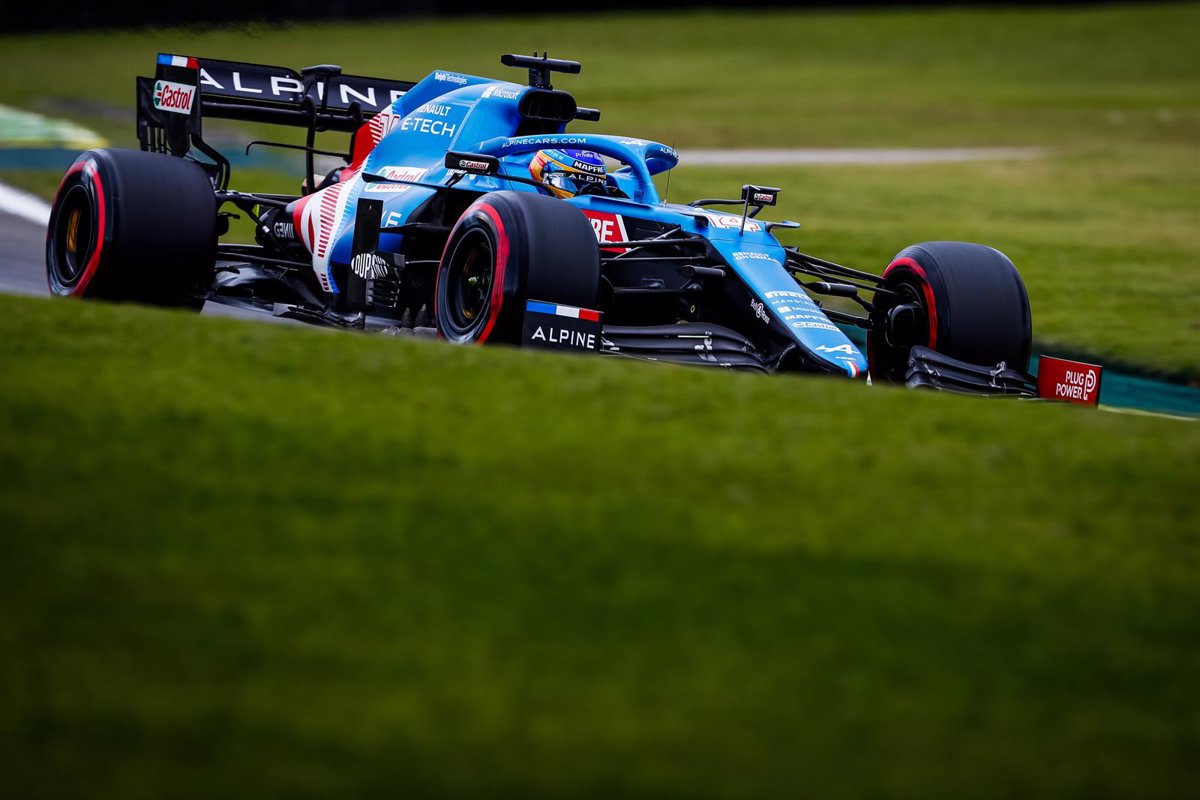 The Spanish driver Fernando Alonso (Alpine) was the fastest in the second and last free practice session of the Brazilian Grand Prix, the penultimate round of the Formula 1 World Championship, while the leader of the championship, the Dutch Max Verstappen (Red Bull ), set the second fastest time before taking pole position in sprint qualifying.

Interlagos offered a surprising picture in his second free practice session, with the Asturian at the top of the times table with a time of 1: 11.238, eight tenths better than that of Verstappen, who ran with the tank more loaded and more pending. what happened off the track.

And it is that the stewards have not yet ruled on the controversial case of the DRS system of the car of the British Lewis Hamilton (Mercedes), which could be sanctioned and even disqualified if it is shown that he breached the regulations of the ‘Great Circus’. After both Verstappen and Mercedes come to testify, the decision will be made.

The great beneficiary of the distant focus of attention in the offices of the FIA ​​was Alonso, who years later returned to lead some free practice, in which the pilots, with different tires, focused on testing their race pace before competing this Saturday the sprint classification, third of the year.

In it, if there are no penalties, Hamilton will start first ahead of his rival for the title, Verstappen, who leads the championship by 19 points, after being the fastest on Friday. In the race, on the other hand, he should serve five penalty positions on the grid for the change of the combustion engine.

After Alonso and the Dutchman, the Finn Valtteri Bottas (Mercedes) was third in the pounds, with the Frenchman Esteban Ocon (Alpine) and Hamilton completing the ‘Top 5’. For his part, the Spanish Carlos Sainz (Ferrari) closed the training session in eighth place.