Sport politics mix, this is how Turin got the Atp Finals 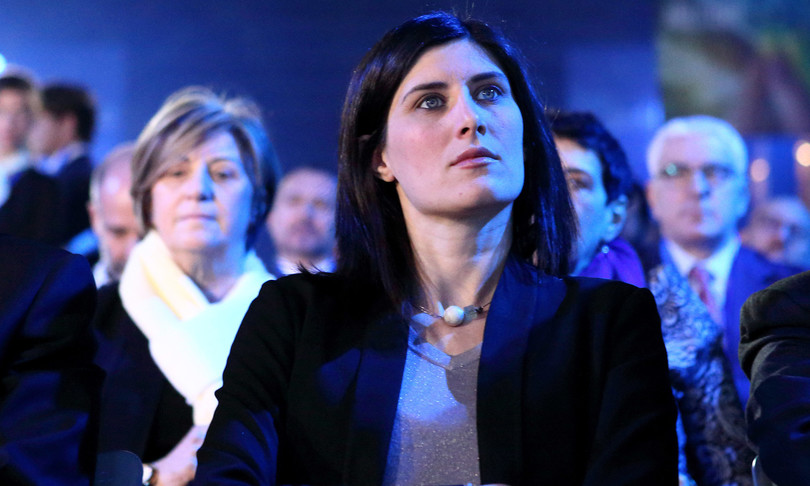 They are daughters of the Olympics miss and a mix of political-sporting reasons the ATP Finals which, after eleven London stages, will be staged for the first time in Turin, from 14 to 21 November.

To be precise, they come from two editions of the Nuanced Games: one escaped from the capital, the other, assigned to Milan-Cortina, which had left Turin with a dry mouth.

To understand this, we need to rewind the tape and go back to 2019, when the pandemic had not yet shocked the world.

And even before 2016, when the outcome of the administrative elections had handed over two cities of fundamental importance also for the national balance, Rome and Turin, to two mayors of the 5 Star Movement: Virginia Raggi in the capital and Chiara Appendino in the Piedmontese capital.

These are the days when there is a historic opportunity at stake: that of bringing back the Summer Olympic Games in Rome in 2024, sixty-four years after the 1960 edition, the one that changed the face of the Eternal City and the perception that it had in the world.

The President of Coni, Giovanni Malagò, is in full effort to win the assignment. Unofficially he got from Richard Bach, president of the IOC, a very positive sentiment on the possible success of the candidacy.

But the Grillo Movement thinks otherwise. Already in the election campaign the signals were very clear: Rome cannot afford the Olympics. Times are running out. Malagò is not received by the Rays. The candidacy fails, Rome will not have the Games.

Second picture: the focus shifts to 2026 Winter Games. A movement is set in motion aimed at bringing the Games back to Italy afterwards Torino 2006. The joint and multi-site candidacy takes shape Milan-Cortina.

But Turin and its mayor are pawing: in Piedmont there are structures that have been created for those competitions (the Pala Alpitour, the Pinerolo ice rink, the Oval Lingotto, the only indoor structure in southern Europe equipped to host skating on long runway) and which could be used causing great savings.

Turin would thus have an event worthy of resuming the flow of media and tourism lighting that had happily begun in 2006. But things take a strange turn. The mayor has bad relations (and is not accepted) by Beppe Sala, mayor of Milan and by Luca Zaia, governor of Veneto. He does not accept a subordinate role for Turin vis-à-vis Milan and Cortina, he arrives at all-or-nothing and in Turin, precisely, nothing remains.

Not even the last attempt by the new mayor of the Piedmontese capital, Stefano Lo Russo, and the governor Alberto Cirio to get back into the game with the Oval for skating and other facilities was not successful.

The tennis opportunity for Turin arises in the early months of 2019, when Atp releases the call for applications for the five-year period 2021-2025, of the end-of-season Finals, the very rich tournament that graduates the tennis “Master” of the year.

For Turin and five-star governance, the Olympic setback is still hot. Under the track and within a few hours between Palazzo H, the seat of the Coni, the Turin City Palace, the Genoese villa of Beppe Grillo and Palazzo Chigi where Giancarlo Giorgetti occupied the seat of Undersecretary to the Prime Minister (in Italy the government was in the saddle yellow-green, 5 Stars plus Lega) the idea was born to respond to the announcement and try to remedy the situation in Turin, where the Appendino administration, after the Olympic flop, registers consensus in free fall. Everything has to be done quickly. It is good.

Turin has everything to win: the plant (il Pala Alpitour has a capacity of 12,500 seats which responds to the main request of ATP), a city already structured for major events, the possibility of starting a media operation that involves the whole city and relaunches its image.

But above all, the unconditional support of the players emerges almost immediately. Who, at the end of the season, see the idea of ​​leaving Europe as the smoke of the eyes (the last Master 1000 is played at the beginning of November in Paris-Bercy) to undergo a new transoceanic shift towards Singapore o Tokyo, the other cities that have advanced rich candidacies.

Atp and the main Japanese sponsor Nitto believe that the event would need a refresh: the large areas not occupied by the public in the last two editions held at the O2 Arena in London have not escaped.

The idea of ​​moving from London to Turin looks perfect. Atp has with Italy a preferential relationship. The success of the Next Gen Finals in Milan, a new concept tournament wanted by the former number 1 Atp, the Australian Chris Kermode, did not go unnoticed.

But the path to obtaining the event is fraught with above all financial difficulties. A systemic effort is needed (the Italian Tennis Federation alone could not bear the effort) to equip the candidacy with all the requisites and guarantees that ATP requires. And it is Giorgetti who ensures that the executive puts the necessary 78 million euros on the plate. The Institute for Sports Credit issues the necessary sureties.

In April 2019 Atp formalizes its verdict: the Finals will be played in Turin. And the missed Olympics slip (in part) into oblivion.