Ornella D’Elía: ‘Rowing instilled in me how important teamwork is’ 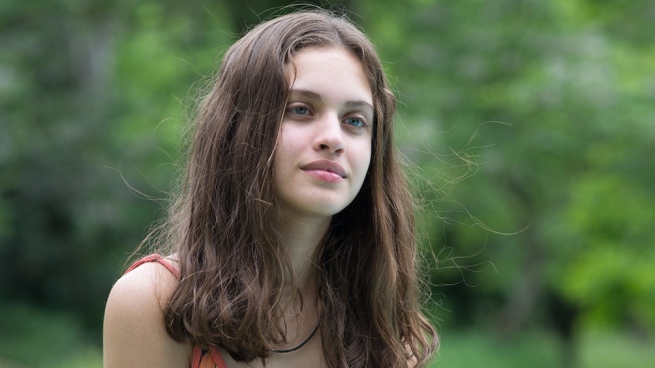 Actress Ornella D’Elía, star of the praised film “The Sleepwalkers” and the El Trece series “La 1-5 / 18”, remarked that “sport is great to relax” and also “instills how important it is to teamwork “evoking his past as an amateur T-shirt in clubs in the Tigre Delta area.

D’Elía -that plays Malena in the Pol-ka series– He pointed out that sport “clears a lot. It serves to alleviate a lot of things that are happening, that the head does not stop thinking. Sport is that exit, that clearance, that refuge that one has, that if it serves you is beautiful, as the one who likes music, art or acting, “said the actress

“When from a very young age you learn that work is more beautiful when you do it with more people and that it works out better, there is the chip. Then with all that it implies, that it works out better and you have more fun or you have a great time and you enjoy it There are a lot of frictions that one can have in a sport and more when you compete, but you meet more people and you become more friends, “he added.

The actress made her film debut at age 12 with the film “Tigre”, directed by Silvina Schnicer and Ulises Porra Guardiola. Later At 14 she participated in a casting and was chosen to play Ana in “The Sleepwalkers” with Erica Rivas and Marilú Marini.

In the movie “The Sleepwalkers”, the young actress surprised with her freshness.
It is also waiting for the screening on the Disney + platform of the film for adolescents “The Rarest Girl”, and for commercial rooms awaits the premiere of the fantastic film “The Wrath of God”, where it was directed by Sebastián Schindel.

D’Elía recounted that since she was a girl, in the Tigre area, she attended swimming and many of her companions decided to start rowing, a characteristic sport of the towns in the northern area of ​​the Buenos Aires suburbs near the river.

“I suppose that, because I also did swimming and I like the water, it is a complicated sport, you had to compete. You have to have a lot of confidence in yourself to go out alone and row with all the conflicts of the water and also of the people, because there are people that is in boats and boats and things can happen. That risk I guess I liked“, said.

In his adolescence, Ornella began to practice rowing in the traditional Hispanic club and his last stage was in the Navy, both institutions of the city of Tigre.

“When you start, they usually put you with your companions, so one manages the helmsman and the other as a liaison, you go more as a team. When you become more powerful rowing and you are better they put you in higher categories and you compete. agree that I was rowing in the Luján river and when they saw that I had been there for a long time and that I was improving, they moved me to the rowing court, “he recalled.

Regarding why she left the sporting activity, the young actress pointed out that “it is not that I liked the competition itself, but I liked the idea of ​​the risk of water and knowing how to handle myself. I was 11 years old and I was already going out to Luján to row alone, I was taking my adrenaline of a boy that one feels. After being with my friends, I would leave school and go rowing, “he said.

“I went Monday, Wednesday, Friday and Saturday and had days that I did rowing techniqueEverything that is more out of the water like running or sit-ups, and then there were days when we went to the water, we took the boat out and then you took it to the Nursery, “he insisted.

This year Ornella was also a revelation in the strip “1-5-18”, by El Trece. In the photo, with Leticia Brédice and Maxi Ghione.
The protagonist of the film ‘Tigre’ stressed that “all that discipline that sports has, which is good, was to go on Saturday morning to compete and then eat a hamburger with your friends, that plan was terrific.” At the time of the competitions, the actress remembers that they were by gender, but also in mixed teams, always on board the skiff or scull, as was the type of boat she used.

Regarding the influence on his health, D’Elía acknowledged that “It’s a sport that did me very good on my back. Undoubtedly, it is a sport that keeps you active in terms of breathing, I see myself compared now with what I was before at the sports level and I want to die. I couldn’t row today even if I wanted to, I wouldn’t have time to go Monday, Wednesday, Friday and Saturday. ”

And on the accidents he pointed to the motor boats that circulate through the Delta. “The boats pass you by the side and very fast, and you with the boat you have to tilt well. If the wave eats you, it drags you and you fall “he said.

D`’Elía specified that it was rowing and having taken several subjects in high school that brought her closer to acting. “When I was in the second year I had taken 6 subjects and I had told my parents that I had taken one because I was very afraid to tell them that I had taken about 6, I don’t know why.”

“Ultimately they found out because they called from the school and told them that I was not going to give anything. That happened, I did not go to give and I thought it was going to pass by and one day they called to say that I had not gone to take those subjects”, counted.

“There they took me out of a paddle and I was re-punished. Some time later, near the end of the summer, I was already half back and one day rowing they say that there is a casting for a film and I went because my friends were going and not because I wanted to make the film, “he concluded.