“We can say that the selection is now exciting” 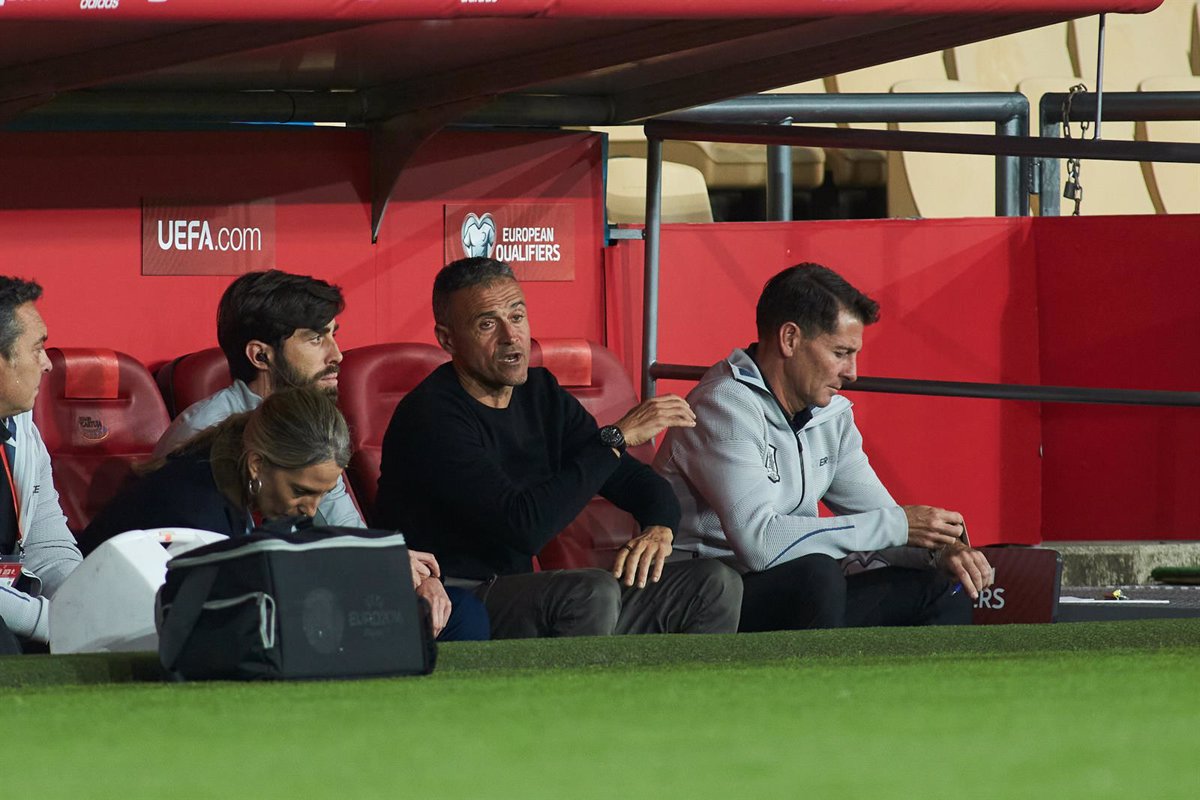 The national soccer coach, Luis Enrique Martínez, acknowledged that he had removed “a 100-kilo backpack” from his back for qualifying for the Qatar World Cup next year and celebrated seeing that “now the team is excited.”

“I have taken off a 100-kilo backpack. I had more pressure than in the EURO, than in the Nations League and than in the ‘Final Four’ because we were supposed to get it out of obligation and today’s football knows no obligations but about realities “, Luis Enrique stressed at a press conference after the meeting.

The Spaniard pointed out that if he had lost he would be “looking for the positive side”, but that he felt “a great relief” for having qualified directly. “We have also deserved it because I think we have been the best team in the group,” he remarked.

“Honestly, I have never complained about anything because I am privileged. We have gone through situations in which we have not received support, but I have not complained. We can now say that the selection is exciting, but this depends on the results that are what they give you or they take away from you, “said the Asturian about the criticism received at times.

In this sense, he made it clear that he knows that “if a coach does not win, it generates criticism and controversy.” “This marvelous circus is like that and I do not intend to change it,” he added, happy that now the public is overturned with the selection as it could be seen in La Cartuja. “That is a reason for joy because it means that what we do people like and that they understand that some decisions that may seem controversial, do not seek it but are taken to form a group and a team,” he said.

For this reason, the one from Gijón confessed that he was “most proud” of his “players.” “Of the 25 of this call, of the rest that have participated and of those that remain to appear. They have turned the situation around,” he commented. “The day they all get well, maybe it gives me a heart attack to make the list, but I prefer it. Obviously there is a group of 40 players and surely some more can be added,” added the coach of the national team on casualties with which he has faced this last ‘window’.

“We have closed a cycle that began in the first match at La Cartuja in the EURO against Sweden. Those circumstances surrounding the team were different from now and that the players have earned with their performance. You see that communion with him. In addition to being loved by the public, it makes the players exude confidence and be more ambitious, “said the coach.

This had words of praise for Gavi, who played at ‘home’. “When a coach decides to bring someone 17 years old it is because he knows him in depth, but it is surprising because he thought about whether he would be at his level because I do not know if he had played with 50,000 people cheering him. Well, you have already seen the game that has’ broken ‘el chavalín “, said Luis Enrique, with” great joy “also for Álvaro Morata and because he put” the perfect finishing touch to this qualifying phase “.

“The project continues. I made a commitment to the RFEF for the EURO and the World Cup, and that is the objective. It is not important to have a contract signed, the commitment is evident and if we are comfortable and we do a World Cup being with the best, the Future will tell, but I am not worried, I am worried about the present and this classification that has cost, “he settled on his continuity after Qatar.

Finally, he referred to the fact that, due to its dates of celebration at the end of 2022, he will have to prepare for the World Cup with friendly matches spread over three windows. “If this selection has been characterized by something, it is that there are no friendly matches. Here they come to compete, to play good football and to get results,” he said.