Vittorio Pozzo, who is still waiting a minute of silence 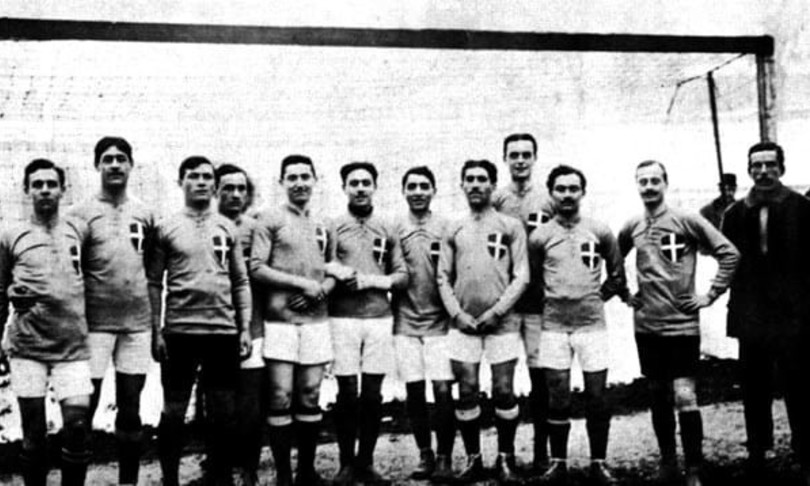 AGI – Now to see the photos, which we observe from the computer but if they were on kodak paper they would have the edges rolled up like old socks, one thing is striking: Vittorio Pozzo had the same smile of Giampiero Boniperti. That is the man to whom Mancini’s national team paid the honor of mourning to the arm when di Pozzo stole the record, and with it the memory and also the glory. From today it remains less myth and more statistical than him, di Pozzo. Too bad, maybe he didn’t deserve it.

As for the similarity, it is true that the character determines the features, and that smile indicated in both Savoyard kindness and distinction of ways, but steel in determination and, sometimes, in self-affirmation. A third Piedmontese with that smile there is Oscar Luigi Scalfaro: as regards his character, ask those who knew him well.

Vittorio Pozzo is celebrated then: if it weren’t for the two World Cups won, and won in a row one after the other, today would be the last round of applause. But doing what he did in ’34 and ’38 is more than an improbable effort: it would break through the wall of the unthinkable. To break through that wall, at least at least, if it turns very well, it would take another nine years. But in the medium term, Keynes wrote, we could all be dead; so let’s not think too much about it.

So let us celebrate Pozzo who, for at least another nine years, will always remain the Best. We’ll see.

Pozzo was born into a distinct family in the distinct Piedmontese province. A hundred years ago, such births were a guarantee of introduction into the upper-middle elite of the Kingdom. Good employment, good satisfaction, a certain comfort. He went further and in the end it was Piedmont, football, Italy and the twentieth century all together. Risorgimento and Italietta, Lissa and Bulletin Diaz, Grande Proletaria and broken kidneys, consent and rethinking. Then ending in silence. In short, Cavour and Sciaboletta.

The foreigner does not pass

Yes: Cavour. Because they both began their careers at a very young age with a nice trip to Europe, one learning Georgic art for his model farm, the other running free for the fields: the football fields. In fact he played in Switzerland, in the Grasshoppers, and then moved to France, Germany and inevitably England. He came home knowing all those languages, and wrote them: the job of manager at Pirelli never took it away from him anymore. But you can unify Italy by sitting at the table of the Cambio in Turin, and you can manage Italy from a desk of the highest bureaucrat of the industrial complex. Pozzo ended up leading the national team at the Stockholm Olympics in 1912. But it didn’t end well: two defeats plus one victory. Curtatone and Montanara, more than Solferino and San Martino.

Caporetto would soon follow, this time the real one. There would be consequences. First, however, it is good to remember that the unfortunate Swedish trip did not affect, after all, the rise of Pozzo, who in 1921 was responsible for a radical reform of the Italian championship with an inevitable split into divided tournaments and separate federations. Three years later comes the second nomination to the national team and the second bathroom, this time at the Paris Olympics. Whoever would have stopped, he instead kept moving forward. Like Badoglio, who years later Caporetto found himself ambassador to Brazil.

In fact, in 1929 Leandro Arpinati called him, who he was the Ras del Fascio in that of Bologna but above all the ras of the Football Federation tamed to the new course. He asked him to make a third attempt: the New Order had understood that, to make the Italians once and for all, it was necessary to make them all cheer together. Here, monarchy and regime were welded together. The Years of Consent were beginning.

But first a step back, always in Caporetto.

Antonio Gibelli, a class historian, notes that the First World War was the dress rehearsal for the whole of the twentieth century, in the sense that it provided the model for all those who would come after. The mass army to dictatorial parties and manipulations; the effort of war production to pervasive industrialization; the hierarchical military structure again to dictatorships and then also to businesses. Even the extermination camps were born on the model of the prison camps of the Great War: Dachau is, even physically, the example.

Pozzo still could not know Gibelli’s theory, but he was already applying its principle. In his national team retreats he did not breathe: he marched. And if someone wanted to receive a letter from a girlfriend, or from an admirer, they knew that first it would be opened, read and examined by the Single Commissioner himself. Just like it was war censorship.

After all, something different could not be expected from those who, dressed as an officer of the Alpine troops, had become their own Caporetto with relative retreat. The Italian twentieth century began right there.

Considering, then, that in those years football became popular and the players were no longer the university pussies of the dawn, it is safe to bet that like the Lieutenant Gallina of the “Great War” of Monicelli (also Gallina a Piedmontese, just happened) he also wrote love letters, on behalf of his boys. And considering again that the Juliet had to be educated as much as their respective Romei, it is not excluded that Pozzo eventually found himself in correspondence of loving senses with some curate or some elderly high school teacher. But it doesn’t matter: a good commissioner does this and more, for the cause.

And the results came. Fulvio Bernardini, a talented Lazio player, was killed because he was too affected in playing (but it seems that behind him there was also a car challenge between him and the Duce up the slopes of the Quirinale). A group of Latin American natives joined us (“They fought for us, they can play with us” commented the Single Commissioner, anticipating a slogan that would have caused a furore in America twenty years later). The defense of Juventus was chosen Combi-Rosetta-Caligaris, the best in the world, with Piola from Lazio in front and Inter Milan Meazza to make him the counterpoint. Finally, we passed from the English system to the Danubian model, more welcome.

The English system was in fact based on the athletic dimension of the game, long ball and pedaling, and on the individuality of dribbling to go to goal. A solitary and chivalrous idea of ​​football, spotless and fearless, almost reduced to a lancillot tournament. The Danubian method, on the other hand, was all about the leadership of the centromedian, who set the action of the whole team which in turn approached the ball to the other’s goal with a series of low passes, to avoid as much as possible one on one.

Goodbye, Albionic Lancelot, now only the Guide counts. It doesn’t take long to understand who liked this cultural setting of the most loved Italian game.

It is 1930: victory in the International Cup. We are in 1934: World Cup at home after having gone dry, in order, the United States, Spain, the very strong Austria and Czechoslovakia. One year later: new International Cup. Even the satisfaction of washing away the shame of Stockholm and Paris: 1936 victory at the Berlin Olympics, and not even with the senior national team. Finally 1938: victory at the World Cup in France. The apotheosis. Walk with Norway, 3-1 to the French hosts, blows to the Hungarians in the final. Rimet cup raised for the second time.

Here, this is the point. At a time when Fascism reached its maximum consensus thanks also to a still strong bond with the monarchy, the National team was now appearing in the stadiums of the world dressed in black and with a Roman salute. He also did it in the debut match of that year, in Marseille, which was the city where at that moment Sandro Pertini was a bricklayer to make a living and where a Tuscan boy son of socialist exiles learned to sing. with the name of Yves Montand.

Neither of them, and none of their fellow exiles, would forget the humiliation. And if Badoglio would have led the first post-Mussolini government in the name and on behalf of Vittorio Emanuele, the bill – the real one – would have been presented to everyone in due time.

The King in Exile

After the war, Pozzo would have accused himself of collaborationism. He replied with indisputable proofs that showed that he had, if anything, collaborated with the National Liberation Committee. Don’t consider it just another turncoat story. The fact is that Pozzo, as a good Savoyard, had followed the Crown in granting consent to the regime, but also later in withdrawing it.

It became inevitable, however, that an era should be closed. On 2 June 1946, for Pozzo, he arrived on 9 November 1947. Friendly with Austria, which tears us to shreds: 5-1. Someone tells him that it is no longer a thing. He previews, then gives in.

He will die in December 1968. The following Sunday, small sumeria, the Football Association would not even enforce in the playing fields the minute of silence in his memory.

In that unfortunate match, the one against Austria, a well-educated, kind boy made his debut with a great career ahead of him. His name was Giampiero Boniperti, the one that Mancini’s national team now honors with mourning on his arm.

But sooner or later the national team could also respect a minute of silence to remember who, first, made it great. Only then will it be the ninetieth.