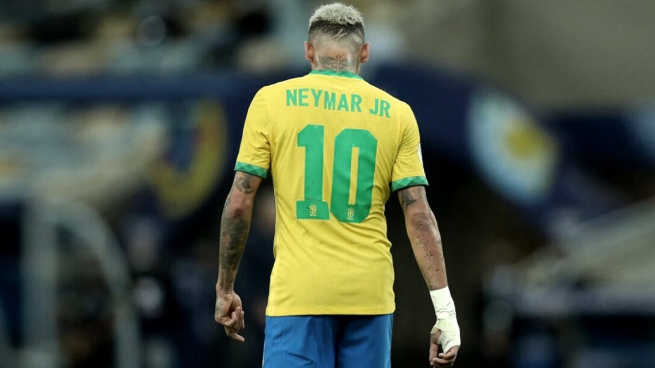 Neymar was disabled due to injury from the clash between Argentina and Brazil for the South American qualifiers for the Qatar 2022 World Cup, which will be played this Tuesday at the San Juan Bicentennial Stadium, reported a statement from the Brazilian Football Confederation (CBF).

The Paris Saint Germain footballer from France “he complained of pain in the abductor region of the left thigh”, after the training held this Monday at the Palmeiras training center, the last before traveling to San Juan.

“The technical commission chose to preserve the player, that he will not travel with the delegation of the Brazilian team to San Juan, “says the CBF statement sent to the press.

Already qualified for the 2022 World Cup in Qatar, coach Tite’s team intends to use Vinicius Junior as a starter instead of Neymar, who will have to leave for France on Wednesday to join his club.

According to the Globo chain, the probable formation without Neymar is the following: Alisson, Danilo, Éder Militão, Marquinhos and Alex Sandro; Fabinho, Fred and Lucas Paquetá; Raphinha, Matheus Cunha and Vinicius Júnior.

Brazil has 34 units, six more than Argentina, not yet classified.