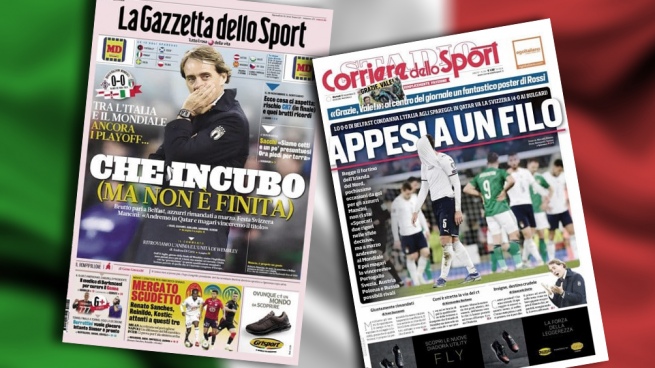 The Italian press reacted on Tuesday with titles such as “Disappointing” or “Lack of soul” before the non-direct classification of the selected “azzurro” for the Qatar 2022 World Cup, a place that will have to play in a playoff scheduled for March next year.

“It is necessary to recover soul, unity and smile”, says the newspaper La Gazzetta dello Sport and underlines that “Italy at Wembley is already a memory” when referring to the European national team title won by the “Azurra” team in July this year.

While the Corriere dello Sport was more critical and published in one of its titles: “Deserved repechage or repechage”. “Disappointing. It lacked clarity and completion,” highlights the sports newspaper.

The Calciomercato portal for its part assures that: “Italy is no longer the best in Europe. The team is in disarray and it has gone to their heads. We risk another drama. “

After the goalless draw against Northern Ireland, the Italian team lost the chance to qualify directly for the Qatar World Cup 2022 and will have to play their luck in a playoff in which they will be seeded, that will prevent them from facing Portugal of Cristiano Ronaldo, the most dangerous rival.