The dream start of Jannik Sinner at the ATP Finals 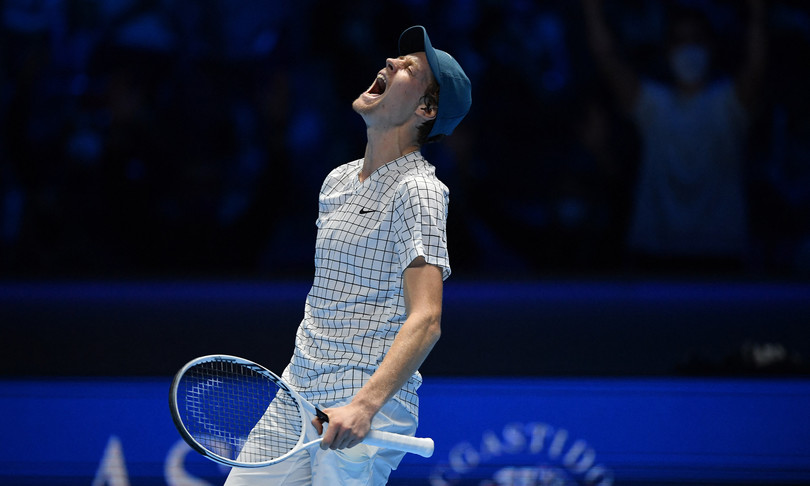 Jannick Sinner wins on his debut in the Nitto Atp Finals in Turin, beating his friend Hubert Hurkacz on the day of taking over from the injured Matteo Berrettini. It ends 6-2 6-2 for the 20-year-old Italian from Sesto Pusteria, who thus redeems the final lost in April with the Pole in the Masters 1000 in Miami.

Another victory will be needed with Medvedev in the third and final match of the group, to hunt for a miracle after inheriting Berrettini’s defeat. In the first round of serving the blue immediately saves a break point and in the third game he breaks the Pole’s serve, then moving on to 3-1 after having canceled another three balls of the opponent’s counter-break.

The 2nd Italian to win a match at #NittoATPFinals

Many unforced errors by Hurkacz give Sinner another break, with the South Tyrolean thanking and flying to 5-1 keeping the serve. The first set ends 6-2.

The second opens exactly like the first: 1 game each won with the service, then Sinner immediately takes the break and on the wings of enthusiasm goes to 3-1. Hurkacz tries to stay in the match by finding the 3-2, but it will be the last game won by the Pole. The blue is wrong and closes the match with another 6-2. At the end of the match he dedicates it to Berrettini on the camera: “You are my idol”.

The interview at the end of the game

“We are playing this tournament for Matteo (Berrettini, ed), a great player and an incredible person. Sorry he was unable to continue the tournament, now we carry him in our hearts, hoping that he will recover as soon as possible”. The first thought after the victory at the ATP is for the other Italian Berrettini, forced to leave the tournament after the abdomen injury remedied in the match against Zverev.

“I played well, I’m happy with my performance – continues the 20-year-old Italian – After losing the final in Miami with Hurkacz, one of my best friends, I have built up an important experience., I feel I have grown in the last few months. At the beginning I was tense, but I want to thank the Turin fans for their support with the hope of doing well in the next match as well. ”