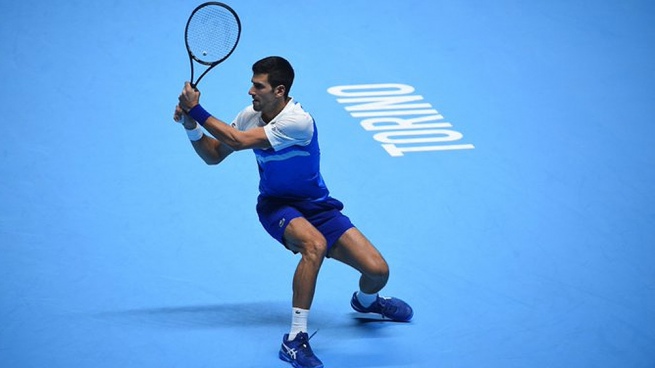 Serbian Novak Djokovic, world tennis number one and owner of three of the four Grand Slam of 2021, qualified this Wednesday for the semifinals of the Masters that takes place in the Italian city of Turin, after beating the Russian Andrey Rublev by a comfortable 6-3 and 6-2 in a match of the second date of the Green Group.

Djokovic, who won the Masters in the 2008, 2012, 2013, 2014 and 2015 editions, beat Rublev (5) after one hour and eight minutes of play and advanced early to “semis” with a seamless performance at the Pala Alpitour stadium, in the Santa Rita neighborhood of northern Turin.

The Serbian, who reached the mark of 40 wins in Masters, was champion in 2021 in Australia, Roland Garros and Wimbledon (he totals 20 Grand Slam along with the Swiss Roger Federer and the Spanish Rafael Nadal), and was installed among the four best in Turin in the absence of a date, since in his debut last Monday he had beaten Norwegian Casper Ruud (8).

The Nitto ATP Finals is divided into two groups, Green and Red, each of four tennis players who will face each other and the first two will advance to the semifinals.

The semifinals will be played on Saturday 20 and the final on Sunday, November 21.

In the doubles draw, the Argentine Horacio Zeballos and the Catalan Marcel Granollers settled in the semifinals on Tuesday before completing the last date of the Green Group after having won the two games they played.

For the Red Group of the doubles tournament, Colombians Juan Sebastián Cabal and Robert Farah (Colombia) defeated the couple made up of Jamie Murray (Great Britain) and Bruno Soarez (Brazil) by 6-2 and 6-4.

The schedule of the day will continue as follows:

Not before 17: Casper Ruud (Norway) vs. Cameron Norrie (Great Britain).

Britain’s Cameron Norrie (12) joined the Green Group to replace Greek Stefanos Tsitsipas (4), who did not overcome the injury to his right elbow that he had evidenced in his match against Rublev on Monday.