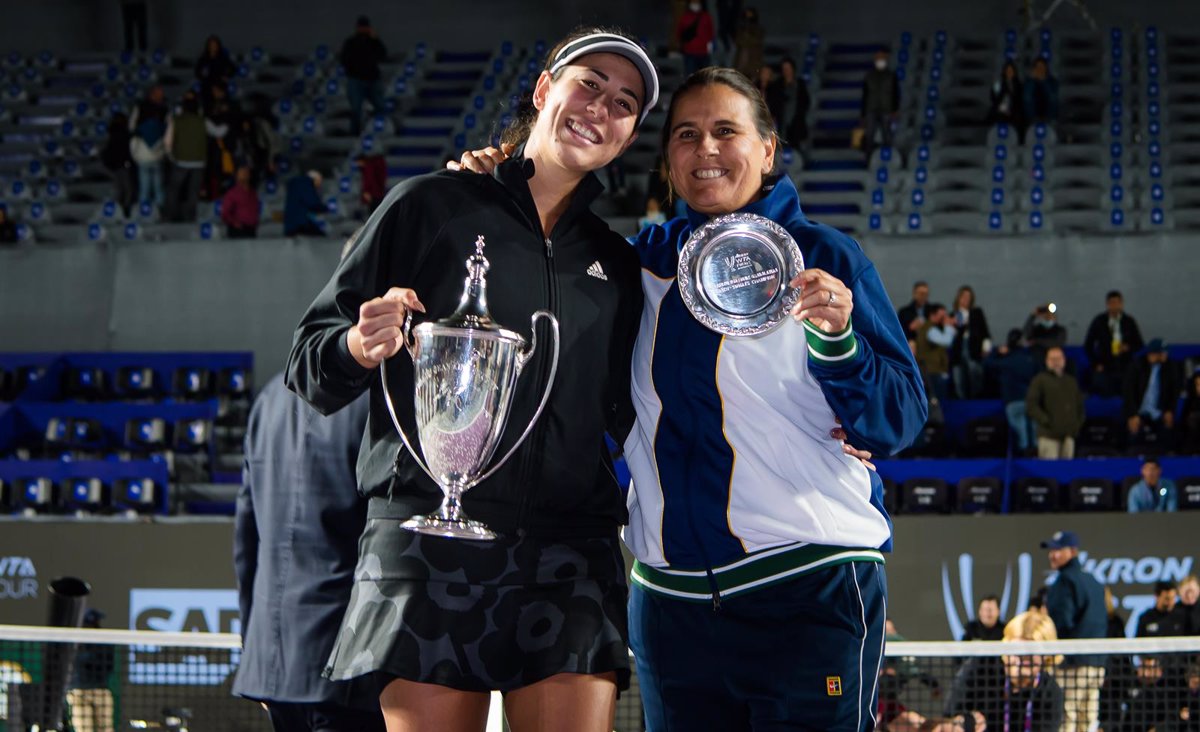 The Spanish-Venezuelan tennis player Garbiñe Muguruza entered the history of Spanish tennis this Wednesday by conquering the WTA Finals, the event that brings together the eight best of the season on the women’s circuit, by beating Estonian Anett Kontaveit in the final by 6 -3, 7-5.

The one from Caracas won the first title of ‘teacher’ for women’s national tennis. Almost three decades later, 28 years, after Arancha Sánchez-Vicario lost the final to the German Steffi Graff, the double ‘Grand Slam’ champion was the second to be able to fight for this trophy and did not miss the occasion with a firm match and solid, where he had to raise a delicate situation in the second round.

After winning Roland Garros in 2016 and Wimbledon in 2017, he added this important event to his record and put his name together with Manolo Orantes and Alex Correja, the only ‘teachers’ so far, with the Catalan as the last winner for the Spanish tennis of this tournament in 1998.

Muguruza added the tenth success of his career, the third in 2021 after victories in Dubai and Chicago, all on hard court, the surface where it seems that more potential can be brought out of the tennis that he has inside and that this week in Mexico’s Guadalajara it worked at a good level despite starting the tournament with defeat. In addition, he maintains his love affair with Mexico, where he also won successively, in 2018 and 2019, the Monterrey appointment.

The former world number one, who will close 2021 in the number 3 position in the WTA ranking, fought a beautiful duel with Kontaveit, surely the player who reached the WTA Finals the most in shape, but who again collided with the Hispanic- Venezuelan, whom he had defeated just a month ago in Moscow by a double 6-1. But in this appointment, the sixth favorite knew how to stop it on the two occasions in which they have been measured, since in the ’round robin’ he also defeated her (6-4, 6-4), a victory that gave him the pass to the semifinals.

Muguruza approached the benefits offered in his match against Paula Badosa and knew how to control his unforced errors much better, quite the opposite of his rival, whose aggressiveness was not awarded and who suffered more with the serve (six double faults), yielding eleven breaking balls for only four that were granted by Caracas.

The world number five started pushing the Estonian serve from the beginning as in her semi-final and soon found the reward, with a ‘break’ in the third game, although Kontaveit quickly replied to equalize again and take 3-2 up. However, the Spanish did not lose focus and strengthened her tennis to take the last four games and win the set.

Kontaveit also knew how to take this blow and began the second set in tune. Conchita Martínez’s pupil saved a danger 15-40 at the beginning and after wasting her opportunity in the sixth game, she saw her rival break her serve to get to a threatening 5-3.

The Estonian had a serve to take the final to the third and final set, but there the double ‘Grand Slam’ champion had more experience and calm. He broke without excessive problems and already put the direct towards the crown of ‘teacher’ culminating another streak of four games in a row.