Juan Sebastian Verón: ‘I would have liked to have another talk with Diego’ 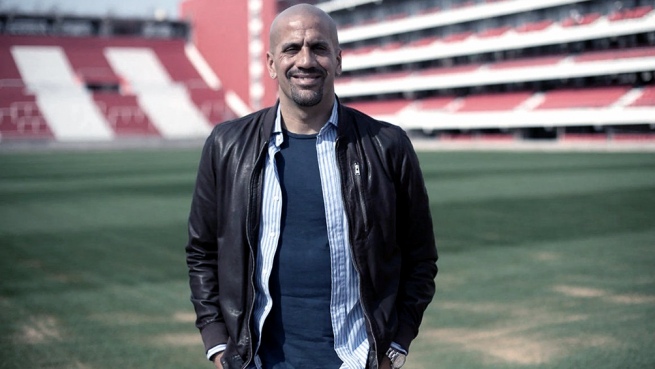 The vice president of Estudiantes de La Plata, the ex-flyer Juan Sebastian Verón, acknowledged this Thursday that he would have liked to have “another talk” with Diego Maradona, with whom he starred in several fights after having a very close relationship because the former Gymnastics and Fencing coach took him as a “traitor”.

“Diego always goes for more, he was looking for my answer when he was a gymnastics coach. When the camera was on it was one thing, and when it was turned off it was another. I know it would have been different if we chatted again because he would have remembered what we shared, “he admitted.

“I would have liked to have another talk with Diego, I wanted to have it and it was difficult. In the middle they recommended me not to look for him because they told me that it was no longer him. It is difficult to speak because there will be no response from the other side. I know well the relationship that We had, I know what I did when we shared the National Team and in addition to playing, I was entrusted to things that happened around us, “explained the ex-manager of Maradona at the 2010 World Cup in South Africa and a teammate in Boca, during a talk with ESPN.

Maradona took it as a betrayal that Verón did not come out to support him after the 2010 World Cup when they were left out with Germany (4-0) in the quarterfinals, since the DT returned him to the selected team and “benched” him when the public resisted the ex-flyer.

“I would have liked to have another talk with Diego, I wanted to have it and it was difficult.”Juan Sebastian Verón

The star let him know in a match for La Paz played at the Olympic stadium in Rome in 2016 and he faced him: “I tell you things to your face, idiot“, he launched. The context came after Maradona tried to greet him in a good way and Verón was cold and distant.

“Maradona is contradictory. First he asked me to be the team’s Xavi and then I didn’t play. That’s it, there was no fight, ”Verón himself shot in the years prior to the crash.

And that is why this Thursday he recalled: “I had a particular relationship with DiegoBetween hate and love, I already said it: ‘To get to Italy was to get to Maradona’s football’. When I was a kid I would get up to see Diego’s Napoli and play for the first time at San Paolo, with everything he represented, it was incredible. ”

“I remember that we talked after the first game in South Africa, we both know what we talked about, and then my dad came out to talk and I did not send him, nor did I tell him and I had no need to do so,” he explained.

In addition, the now manager and with a great past in European football declared: “It is a pity not to have him, really. They should have taken care of him more than they took care of him.”

One thought on “Juan Sebastian Verón: ‘I would have liked to have another talk with Diego’”