Sinner closes the ATP Finals losing with honor against Medvedev 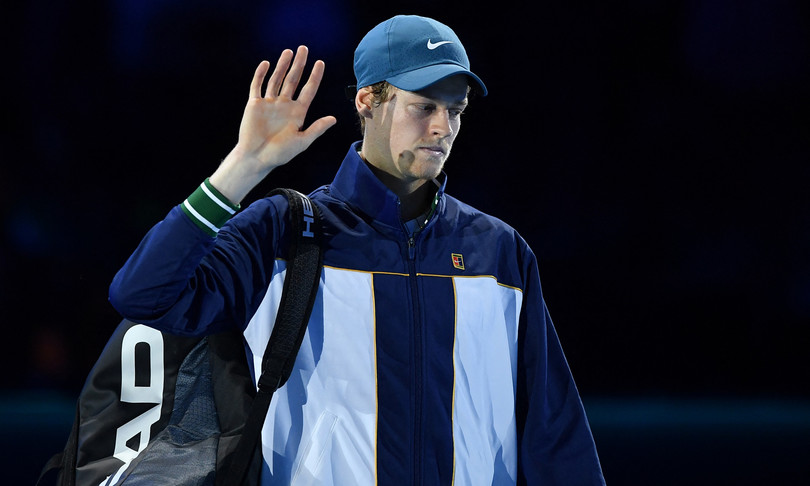 – Jannik Sinner’s adventure at the ATP Finals in Turin ends with a narrow defeat against Daniil Medvedev. The blue player lost in three sets, with a score of 6-0 6-7 7-6, coming within very few points of a prestigious win against the 25-year-old Russian. Although access to the semifinals had already faded, due to Zverev’s afternoon victory over Hurkacz, it was not a ‘dead’ match as there were 200 points at stake to strengthen its position within the world top ten.

The first set had no history with the Russian total master of the field, serving as in return. Sinner tried to put up a strenuous resistance but the deep and sharp trajectories of the world number two did not open any opening for the young South Tyrolean who gave up, helpless, in 25 minutes. Do not deceive the result: the merit was more of an unplayable Medvedev than a not very concentrated Sinner.

The start of the second fraction, on the other hand, was characterized by the pride of the Italian tennis player who, also supported by the Turin public, managed to find different solutions to the opponent’s game, managing to make an even match and forcing his rival to play for the set. at the tie-break. The balance broke here at 5-5 when Sinner managed to snatch a mini-break and he closed the second set in his favor. The liberating screams of the young blue were drowned only by the thunderous applause of the fans present inside the Turin arena.

In the third set the forces started to fail on both sides. Sinner got a first break on the score of 3-2 but the Russian reacted by ‘throwing everything his racket encountered, on serve (with very risky second courses) as during the exchange.

The break is therefore soon returned to 4-4 with the two players who then dragged themselves to the decisive tie-break without further jolts. In the points, in the details, after a long battle, Medvedev wins but both players come out to the applause. The Russian advances to the semifinals, for Sinner it’s just a goodbye.