Another knockout for Milan in the Euroleague: Zenit 74 – 70 passes 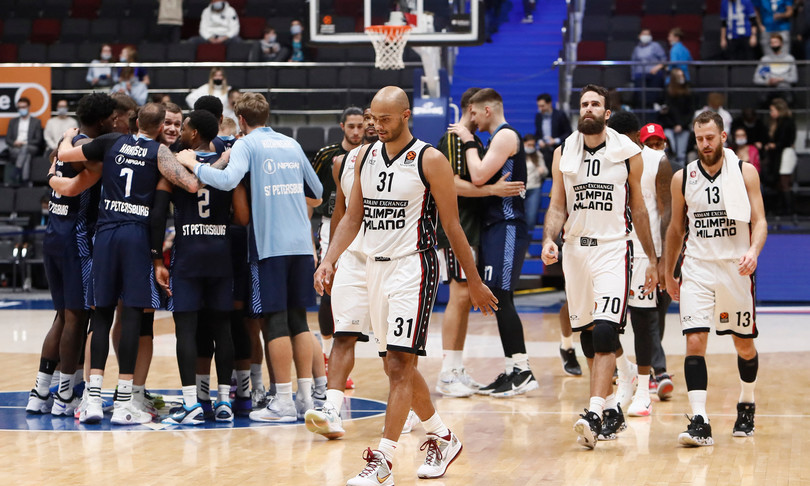 Fresh from the heavy knockout on Wednesday in Kazan, Olimpia Milano closes the long European trip to Russia by losing 74-70 to Zenit in St. Petersburg.

Bitter defeat after a totally balanced match for the team of coach Ettore Messina, who loses for the third time in the season also leaving the top of the Euroleague standings.

Vane the great performances of Rodriguez (20 points and 6 assists) and Hines (12 points and 8 rebounds). This is the eighth victory for the Russians, who grab the red and white. Milan starts well, eager to leave Wednesday’s blow immediately behind. He moves up to +8 led by Melli and Shields, but a 13-0 run by Zenit completely reverses the situation.

However, Olimpia is not demoralized and recovers those 5 points of disadvantage by closing the first quarter on 19 equal. In the second period Hines makes his physicality felt by finding points under the basket and capturing several rebounds in attack, but the balance does not break. Only close to the interval did Chacho Rodriguez try to ‘scratch’ with 6 consecutive points, bringing the red and white to rest ahead of 4 points.

Upon returning from the locker room, in four and a half minutes, Messina’s team found only Shields’ 3-point game, allowing the Russians to place another 11-0 run and move forward again.

In the moment of maximum difficulty, however, the heart and character of Milan come to the surface, which thanks to the bombs of Hall, Ricci and a super aggressive defense, bring everything back even before the last ten minutes.

The wave of host enthusiasm seems to be able to continue even entering the fourth period, but Zenit scores yet another part of their game (9-0) thanks to the heavy baskets of Mickey and Loyd, which lead the Russians up by 5 points. This time, however, it is the decisive set that Olimpia is unable to recover. It ends 74-70.