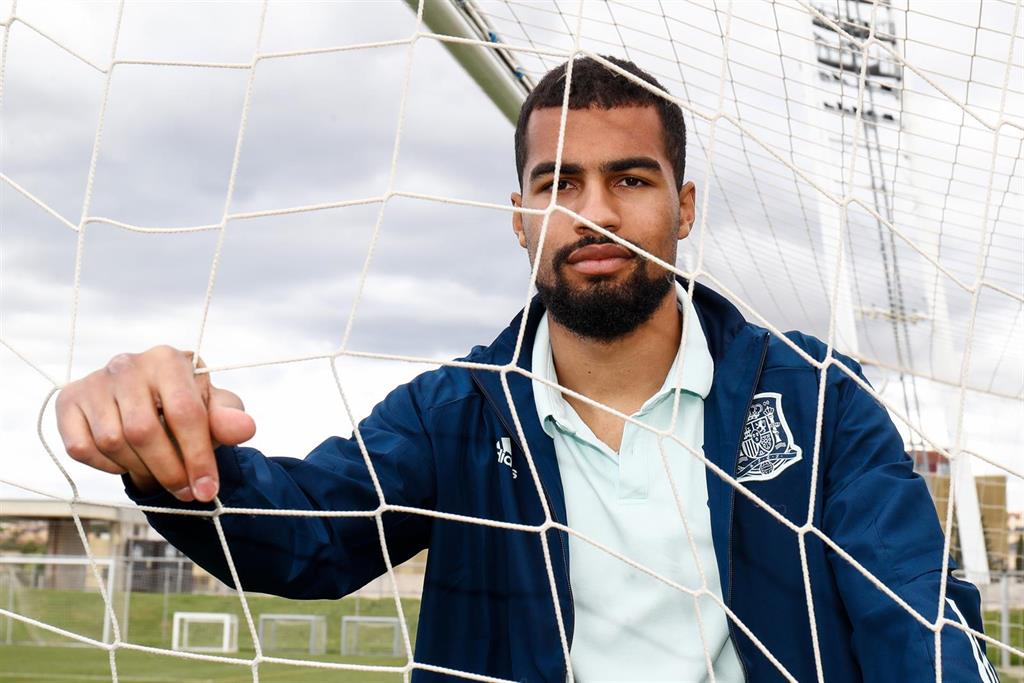 The goalkeeper of the Spanish team Robert Sánchez believes that there is an “atmosphere with a lot of positivity” in the face of this Wednesday’s vital duel against Slovakia where they will play the ticket to the round of 16 of a European Championship that has perhaps been “different the others “from his position, in which he” plays a lot more aggressive than most. “

“The atmosphere is the same as always, with a lot of positivity. We know the game we have and how good we are, we are going to do the same as in the other two games, but this time we have to score and get the three points to pass the phase “Sánchez warned in an interview with Europa Press.

The Cartagena rules out that there is excessive pressure on the national team. “No. Being a footballer one is used to good and bad, it is only a matter of doing it well and improving it,” he said, stressing that they are not an “inexperienced team, but young and with incredible potential.” “Young people and veterans we know what we can do, to see if with a little luck we take the three points and we push forward. The game against Slovakia is like a round of eighths and we will go to the maximum,” he added.

The Brighton goalkeeper already lived “a dream” when he was called by Luis Enrique Martínez for the March list, but now it is “a bigger dream” to be able to be for a tournament like the Eurocup. “I am very happy, I feel like in a new family and I am trying to do my best to have my opportunity. I will continue working every day until I have it,” he remarked.

In March, he was “nervous only on the first day.” “From then on the boys made me feel like one more and now you get rid of them,” said Robert Sánchez, for whom there is “a bit of change” from training at his club to doing it in the national team “because they are players of World class”. “But those of Brighton are also it for me. The selection is the highest of the football, but there is always a high level in the place to which you go,” he confessed.

“I was a bit surprised at the beginning,” he recalled about the initial contact of the RFEF to let him know that he had options. “Personally I think I have done quite well and I play a little different from the other goalkeepers, I think that was what caught the attention of the coach,” he said.

And that first contact was “a little before the first list.” “But it was not even to tell me that he was coming, only to tell me that he was doing very well and to keep it up, that maybe there was an opportunity. This has been a motivation even to do better than he was doing” , he commented, making it clear that his wish was to play for Spain despite the possibility that he could do so with England.

“I RATE ME AS A COUNTER-ATTACK GOALKEEPER”

“I am a goalkeeper who plays much more aggressive than most. I try to raise my line a little more, be very positive, try to help the team and be the commander of the area. I qualify myself as a counterattack goalkeeper,” he said about his qualities. .

Robert Sánchez acknowledges that the goalkeeper’s figure has changed “a lot” and that now he must do “many things.” “You have to stop as before, even more, but also have a good footwork, be that commander of the area, help a lot in the air game, talk to the team to keep it organized,” he said.

What has not changed is his idol and reference. “It has always been Iker Casillas,” he acknowledged. “I liked it because the goalkeeper’s figure has changed, but what is always important are the saves and he was the one who made the best saves in the matches,” said the Murcian.

Sánchez, who believes that goalkeepers are like “a little family” within teams because they understand each other “better”, does not give too much importance to the debate surrounding the national team’s goal. “There is always debate everything, but in the end only one plays. We all make the same effort to have minutes and whoever plays is going to be supported,” he settled.

“Here we come to those who are considered to be the best to come and the three goalkeepers train the same and prepare to play. One is chosen on the last day, but we have all prepared ourselves and those who do not play support the most,” he added the Brighton goalkeeper, who does not hide that goalkeepers always talk to each other “a little” before a game. “Some like to talk more and there are others who like to concentrate more,” he said.

Anyway, it is clear that they do not turn their back on that extra pressure that is on their position. “Yes, a ‘little’, but it is what the goalkeeper likes, to be the team’s hero and when one is not, he is more criticized because we are the last. But it is something we like, to reach the ‘top’ you have to have a pretty strong head, it’s the most important thing, “he said.

In this sense, he did not pay too much attention to the rumors about his ownership in this European Championship. “I am happy that people believe that I have had a good season to play that role, but what I know is what is on the field and I do my best there so that they give me the opportunity, whatever they say in the field. TV is not going to give it to me, “he said.

“The future is future and I only always think about the present. Right now I am in the Eurocup and then my future is in Brighton with whom I have signed a new contract. What comes will be discussed, but what interests me now is the Brighton “, sentenced the one of Cartagena in the face of his sporting future.