the classification map one year after its start 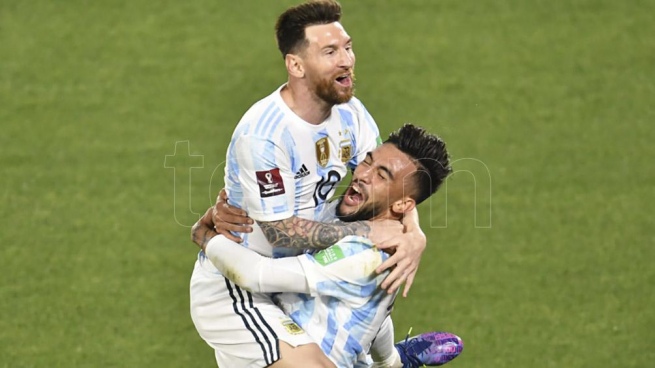 The Qatar 2022 World Cup is already throbbing with enthusiasm since the recent classification of Argentina and only one year after its beginning, to be counted from tomorrow, a total of 13 teams out of 32 have already achieved the passage.

The twenty-second edition of the World Cup organized by FIFA will take place from November 21 to December 18, for the first time in the Middle East.

The months that comprise its realization are novel for a World Cup for a special and logical reason: the weather. During June and July, Qatar registers temperatures of 50 degrees.

In South America, Brazil (35 points) and Argentina (29) got their ticket earlier. Ecuador of Argentine Gustavo Alfaro (23), in the third position of the South American Qualifiers, is close to obtaining it.

The fifth place, today occupied by Ricardo Gareca’s Peru, will determine which team will play the single-game playoff after the draw carried out by FIFA.

Europe concluded the group stage for qualification to the world championship that consecrated Belgium, Croatia, Denmark, England, France, Germany, the Netherlands, Serbia, Spain and Switzerland as winners of each zone.

Italy, the last champion of the European Championship, and Portugal, with the crack Cristiano Ronaldo, will have to draw one more instance to be part of the World Cup event.

The Concacaf competition continues through the third phase. So far, Canada (16 points), the United States (15) and Mexico (14), led by Gerardo Martino, are classified directly. The “Tata” team is third by goal difference with the same number of points in relation to Panama (+4 against +2) and avoids the international play-off in the absence of six dates.

Ranking in Oceania It will start in March of next year in search of the place that allows it to fight the playoffs against a team from another association. In case of losing, there will be no oceanic presence in Qatar 2022.

Asia will have at least four selected in Qatar: the first and second of groups A and B which are currently Iran, South Korea, Saudi Arabia and Japan. Meanwhile, the United Arab Emirates (UAE) and Australia occupy the third position of the playoffs with four rounds remaining.

Africa will have five representatives that will come out of the final phase made up of Algeria, Cameroon, Democratic Republic of the Congo (led by Héctor Cúper), Egypt, Ghana, Mali, Morocco, Nigeria, Senegal and Tunisia.

Each of these teams played a group stage that in many cases was very close.

Brazil is the top winner in the world championships with five stars and France, a two-time winner, will be the defending champion.

Argentina has not been consecrated world champion since 1986, when Diego Maradona shone in the championship organized in Mexico. His last final was played in Brazil 2014 with a 1-0 defeat against Germany at the Maracana in Rio de Janeiro.

The final will take place in the imposing National Stadium of Lusail with an approximate capacity of 86 thousand spectators.

Qatar has three more hours on Greenwich Mean Time, therefore there is a difference of six hours with respect to Argentina. The opening game, corresponding to the group stage (from November 21 to December 2), will be played from 1:00 p.m., Qatari time, at Al Bayt de Jor, that is, at 7:00 a.m. in our country.

The rest of the confirmed times for the group stage are 10, 13 and 16, Argentine time.

FIFA announced that the draw for the Qatar 2022 group stage will take place on March 31 next year in Doha.