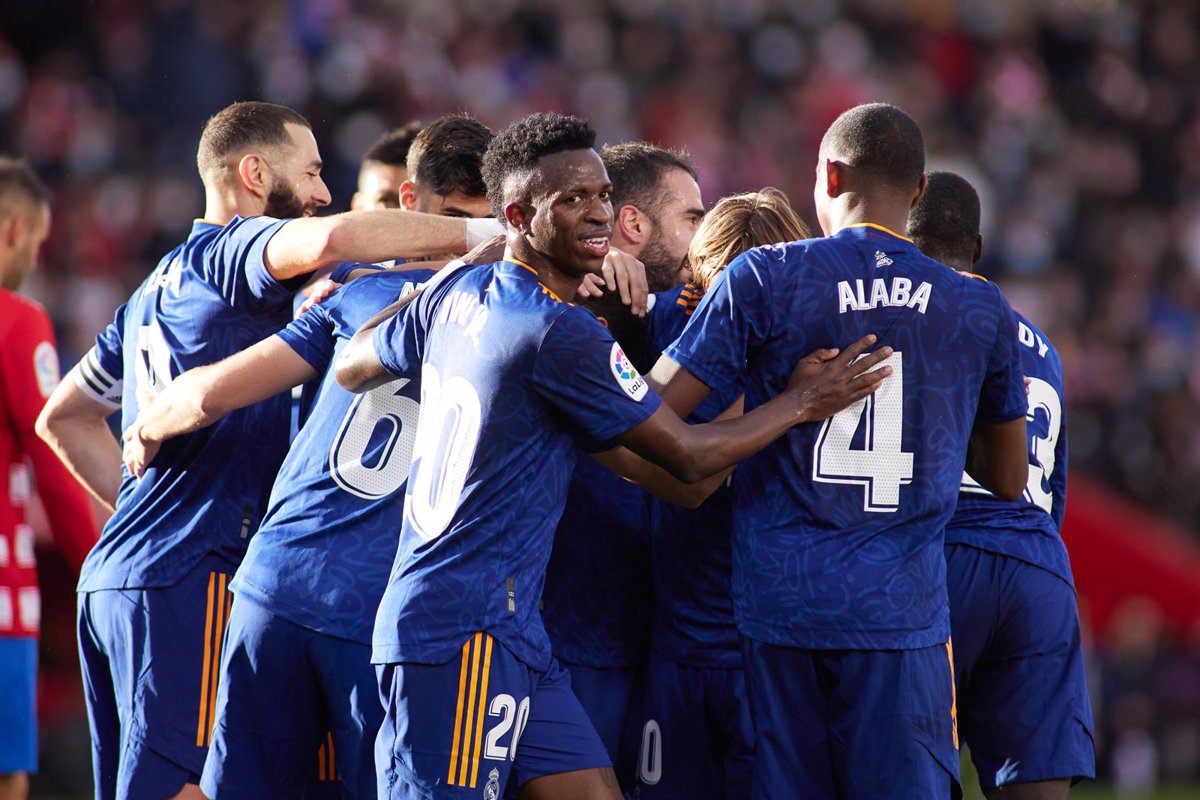 Those of Ancelotti are exhibited with goals from Asensio, Nacho, Vinícius and Mendy

Real Madrid has solved its visit to Nuevo Los Cármenes with a comfortable victory against Granada (1-4) that momentarily increases the leadership of LaLiga Santander, all in a match in which Carlo Ancelotti’s men were superior and showed their weapons to endorse your good form.

The goals from Asensio and Nacho offered the Madrid team a good income in the first half, which did not hesitate when Luis Suárez closed the gap before the break. Vinícius banished the doubts and the expulsion of Monchu and a new goal from Mendy condemned the locals. Now, Ancelotti’s men turn their gaze to Europe, where on Wednesday they will try to take revenge on a Sheriff who has already managed to desecrate the Bernabéu.

The whites had no mercy and took advantage of the first error of the Nasrid defense, which until then had not offered any signs of fragility, to inaugurate the account. Toni Kroos put in a good filtered pass for Marco Asensio, who defined with a cross shot that Maximiano could not reach (min.19).

Only five minutes later, Ancelotti’s men increased their income from set pieces, in a corner kick after which the German returned to assist so that Nacho, attentive at the near post, scored the 0-2 (min.24). The Whites could still make the third before the break, but Soro saved a new shot from Asensio under the sticks.

Despite the blow, Robert Moreno’s side was not daunted and got back into the fight after half an hour after recovering a ball from Vinícius on the edge; the team put together the counter and Luis Suárez solved it by adjusting his shot to the post (min.34). Maximiano and Courtois continued to work under the sticks before intermission, responding to a point-blank shot from Benzema and a header from Soro, respectively.

In the resumption, Kroos warned from the front, but it was Vinícius who managed to put land in the middle. Benzema received inside the area and yielded to Modric, who left it to the Brazilian to score his tenth goal of the course (min.56).

If both the Madridista seemed to establish an insurmountable distance, the expulsion of Monchu in 67 for a tackle on Vinícius ended the hopes of Granada, who also ran out of Moreno on the bench after the referee showed him the red for protesting.

Less than ten minutes later, Real Madrid took advantage of the numerical and effective superiority to sentence the clash with a new goal from Ferland Mendy after receiving Casemiro at the back of the defense (min.76). Those of Ancelotti arrive with gunpowder to the ‘vendetta’ of Moldavia.