What remains of the first Nitto Atp Finals 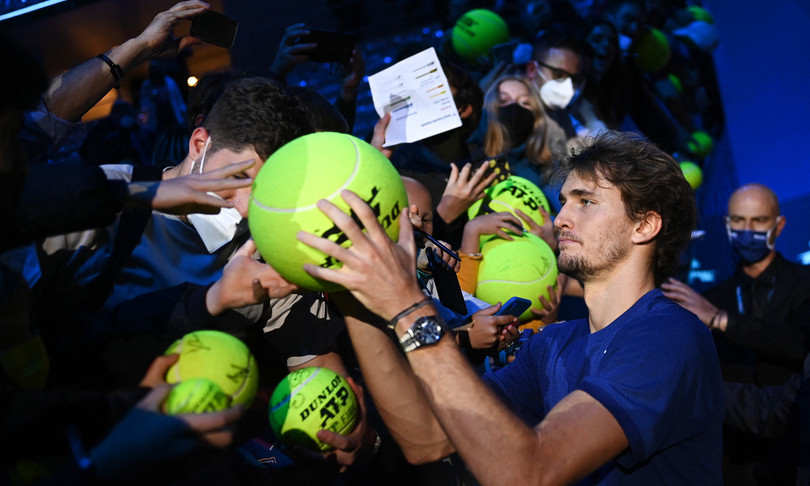 – From the blue of the Nitto Atp Finals to the green of the Davis Cup. The Pala Alpitour wears a new dress, with the hope-colored field (given the sad forfeit of Matteo Berrettini there is a need) that from 25 to 29 November will host the group matches between Italy, the United States and Colombia followed by a quarter of the final.

A change of look that, together with the blue, puts in the drawer of the first Turin edition of the Nitto Atp Finals a slew of emotions destined to remain in the eyes and hearts of the Turinese and of those arriving from the rest of Italy and from the foreigners did not encounter the cancellation of tickets in the Cesarini area due to the reduced capacity of the stadium, but also a series of issues on which the organizers will work for the next four Savoy years.

In the balance of the blue week of the Pala Alpitour there are on the one hand the definitive praise of the winner Zverev (“In London they were incredible years but for me Italy and Turin are the top”) the futuristic majesty of the plant, the mountains emotional Russians for Berrettini’s abdominal injury and the fatal appearance, right in his place, of the first Sinner reserve, the inelegant yawns of Medvedev in the field changes with the Italian darling and the Djokovic-Zverev semi-final that made the audience palpitate also more of the final duel between the German and the Russian.

On the other hand, the food not up to the Savoy tradition, the queue to access the bathrooms (“I’ve seen a little too much” admitted the president of Federtennis Angelo Binaghi himself), the narrow Village with the carpet that has surrendered at the first shower (but on Thursday evening, before the start of the event, it causes flaws on the roof it also rained inside the Pala Alpitour, problem solved with the old dear pans) and above all, the chaos of tickets on which not surprisingly even the Mediaset hyenas have rushed.

The decision of the last minute of the CTS to stop the capacity granted at the event at 60 percent of the seats, among enraged people who at the last moment had to cancel the trip to Turin even if their expensive ticket had bought it before others who instead had been given the green light, lawyers, threats of class action and reassurances on reimbursements (but a coveted and disregarded emotion is not refundable) was fatally at the center of the narration of the event, accompanied by the outburst of Binaghi, puzzled for not having been received by the aforementioned Committee.

Are the organizers too optimistic when, in advance, they made cash, or was the CTS decision late? On the subject Binaghi was entertained a lot in the closing press conference, also explaining how it will go for the Foro Italico, Covid or not Covid.

“For the Internazionali di Roma next May we have already opened the sale of tickets, like Madrid and Montecarlo, the Masters 1000 on clay, and we have already collected 2 million. None of us, like Madrid and Monte Carlo, have the faintest idea of ​​what will happen in May with the virus and what capacity there may be. We can only warn the buyers that the place will be available with certainty only in a few months “he said, clarifying that not selling the tickets before the final decision of the CTS would be in contrast with what is done in the rest of the world and thus reconstructing the passages relating to the ticket theme.

“The CTS decision to reject the 75% enlargement came on the Friday afternoon before the tournament. After this upheaval, we sought an optimization of the percentages granted. We understood that sponsors, journalists, etc. were not included in the percentage granted, this allowed us to be able to call other people while always respecting 60% of capacity “.

If in front of the TV many had the impression that those sitting at the Pala Alpitour occupied more than 60 percent of the seats, the feeling is due to journalists, sponsors and also to waiters and Co who would have looked out onto the field.

But there is also more: “The second optimization was made in the following days – continued Binaghi – thanks to careful monitoring of the numbers we realized that the return of spectators who had a ticket canceled but then validated again it wasn’t 100 percent and that allowed us to let people who came to the gates with invalid tickets. From a certain point on, this was not possible because as a result of word of mouth too many people showed up at the gates. So we had to get a lot of people out. Of course, we have suffered and we suffer for those who were unable to enter, but we could not fail to respect what the government had imposed ”.

Now the aim is obviously to grow, passing eleven and a half million euros collected from the ticket office and fifteen million total with revenues on the corporate front, to twenty million (hoping that the next editions will be Covid free). The organizers also aim to involve more the city that missed the 2006 Winter Olympics effect in this edition. Events that are not comparable in terms of numbers of athletes and nations involved, many champions of various disciplines against the eight gods of tennis ( plus the doublers) on the pitch at Pala Alpitour. But the feeling of the Turinese, merchants in the lead, is that you can do more and better than the Village set up in Piazza San Carlo. The organizers said they awaited the city’s proposals with open arms, from the mayor down. We will see.