Tigre beat Barracas Central and returned to the First Division 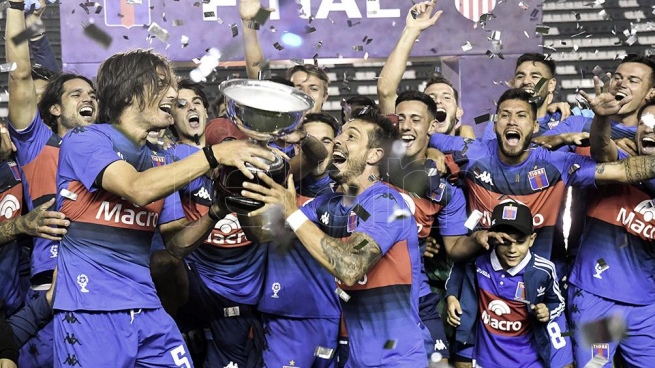 Tigre beat Barracas Central this Monday by 1 to 0 at the Florencio Sola stadium, of the Banfield club, and returned to the Professional Football League after two years in the First National.

The only goal of the discreet game was scored by Cristian Zabala, 42 minutes into the first half.

Tigre took charge of his favoritism at the start of the game, with the offensive society armed by Ijiel Protti and Pablo Magnín (22 goals) in addition to the technical dominance of Lucas Menossi in the middle of the field.

It took just a minute for the “Matador” to put goalkeeper Maximiliano Gagliardo and the bottom line of Barracas in trouble, which was seen to be restless in the first passages of the match.

Barracas was slow to settle in: Fernando Valenzuela did not get the ball and moved away from the generation zone, while Lucas Colitto was imprecise when his teammates looked for him.

The team of DT Diego Martínez maintained the initiative, pressed in each sector with Sebastián Prieto and Sebastián Prediger in the middle sector, in addition to exploiting Magnín’s speed.

The clearest was in the feet of Zabala, who ran into a rebound and near the penalty spot he defined soft, but deflected in front of the astonished gaze of his teammate Magnín, who was better located to look for the first.

It is true that Barracas cheered up slowly, especially when he saw that the clock ticked and the zero remained in his arc, although he only did it through the stopped ball when he sent his centrals to the opposite area.

However, when little happened and seemed to go without emotions the first time, Zabala appeared, the same one who minutes before a comfortable situation failed, and with a right hand he left Gagliardo without a chance, who left in a hurry and left the ball behind the wheel of the cast of Victoria.

Barracas endured the emotional jerk of his rival at the end of the first half and went to the complement with the need to, at least, convert to force an extra time.

Nerves played an important role, Colitto was far from appearing as in the whole season and the same happened to Valenzuela. The two best of “Guapo” practically did not participate and that was felt by his companions, who did not offer themselves as alternatives to provide him with air in the attack.

Another face was that of Tigre, withdrawn and waiting for a quick exit. The advantage made him comfortable, his lines got closer to goalkeeper Gonzalo Marinelli -almost never demanded- and from there he tried to score a counter with his scoring figure Magnín.

Little happened in the second half, because the team of the sportswriter Rodolfo De Paoli never knew how to harm the ‘Matador’ and suffered a drop, when they attacked him with the increases of Prieto and Lucas Blondel.

The minutes passed with a Tigre absolutely involved in sustaining the 1 to 0 and he managed to capture a new return to the top flight, after going downhill in 2019 with Nestor Gorosito as coach.

Changes in the second half: before starting, Germán Estigarribia for Buter (BC), 16m. Facundo Stable for Vázquez (BC), 30m. Agustín Cardozo by Zabala

Admonished: Magnín and Prediger (T). Cabrera, Glaby and Arce (BC).