Xavi: “We deserved to win” 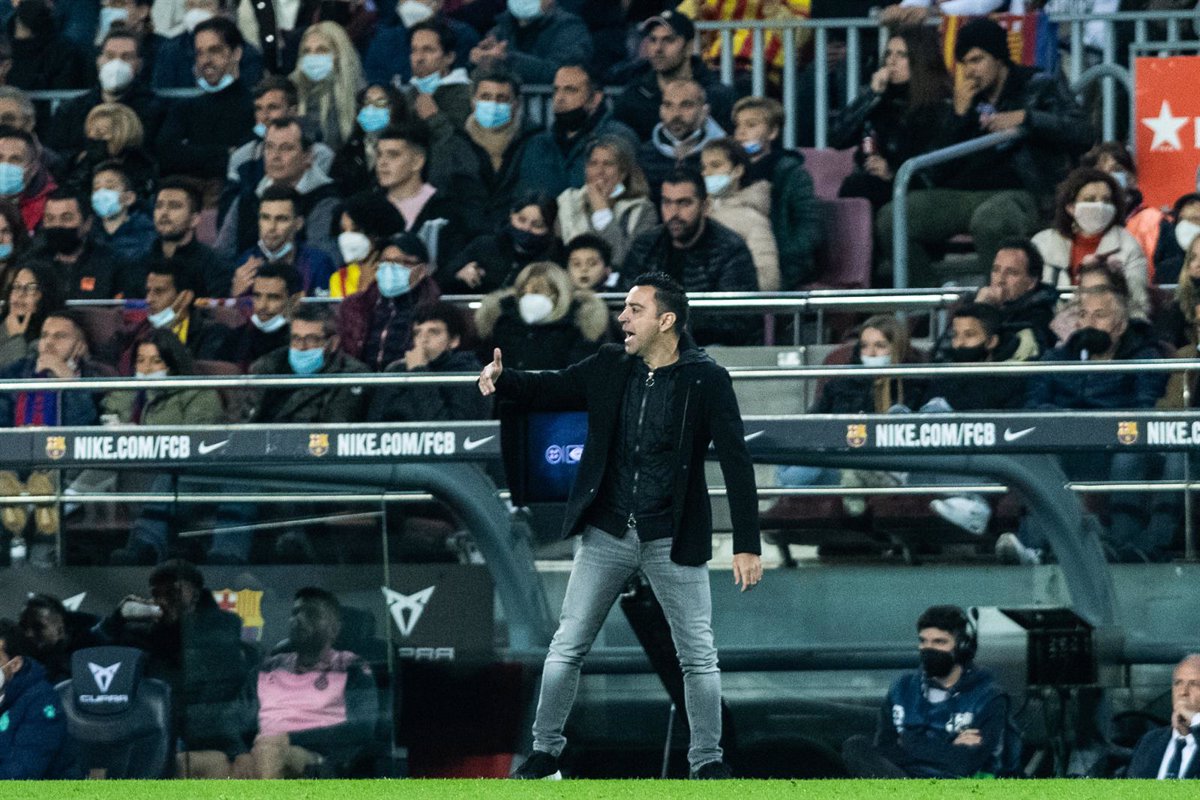 “We have to go to Munich to win, we only have one bullet left”

The FC Barcelona coach, Xavi Hernández, has assured that they have “deserved to win” the Champions League match this Tuesday against Benfica, which has been “subjected” to the “game” of the Catalans and that “they were looking for the 0- 0 “, and he thinks they can go to Munich, where they will play the second round against Bayern Munich on the last day,” to win. ”

“In general, I’m just unhappy with the result. We can’t blame anything on the game, the spirit, the sacrifice. We played a game to win. The normal thing would have been to win; we have created many occasions and situations to find Nico or Gavi, a center-back had to lead and give that superiority, which is not easy. Then we need the last pass; there are situations in which it seems that there is a pass and we keep driving and collide with centrals, when there is a pass we have to let go, “he said. at a press conference.

For this reason, he considers the tie “insufficient”. “We wanted three points. I’m not angry because I can’t blame them for anything. We lose one chance but we still have another. We have to go to Munich to win and show that we can win like this. In general, I’m very happy with the team’s image.” , he claimed.

In this sense, remember that for the duel against Bayern they will take “two more weeks” acclimatizing. “Today we played a great game. In intensity, in solidarity and in defense we have generated opportunities. Benfica has been subjected to our game. It is a shame not to have scored that goal that would have made a difference. We have deserved it, we have left the skin, the players are fused. In terms of football, you have to take advantage of the chances. It’s a shame, the goal has been missed, the rest I think has been good, “he said.

Even so, the culé coach is convinced that they can win at the Allianz Arena. “We have to go to win, we only have one bullet left and that’s that. We will go to Munich with our personality. We still depend on us, which is the most favorable point,” he said. “What gives me more optimism is to see the team playing this way. I think we can compete with anyone. Seeing what I have seen today, I think we can go to Munich and think about winning. Playing in this way we will have a chance of winning.” he pointed.

In addition, he assured that the lack of goal is due exclusively to “effectiveness.” “Putting in the first one we have, change the game. They already have to open up, leave more spaces. They were looking for 0-0, that we did not feel comfortable, that the minutes passed, wasted time … We already knew. Not putting it in generates that, to us more anxiety and to them, more security. We will have to train him; there will be another day in which he will train three or four. It is a matter of time, I imagine, “he said.

“These moments in which we have occasions we do not have to think too much, and I do not say it for Memphis, but for everyone. Sometimes it is to shoot, we have to try more things. We have Nico and Gavi in ​​the square, there is already a pass; Memphis he makes some spectacular movements, but you have to see him at the right time, work on that, “he said.

Finally, he praised the commitment of Ousmane Dembélé, which he hopes will soon be renewed. “I have spoken with him, I am not going to say what I have spoken. He is very happy here. Today he took a risk and he has to be grateful, he was not 100%. His attitude is spectacular, commendable, because another player profile would have said ‘ I settle in and I don’t play, ‘”he said.

“The sacrifice he has made for the team, with the risk of relapse, surprises. It seems like one person and another. You have to talk to the footballer and make him feel comfortable and happy. We are going to be positive and see if he can renew, because for me he is a fundamental piece. When he is in the field, things happen, and if he is happy, much more. It can make a difference, “he stressed.